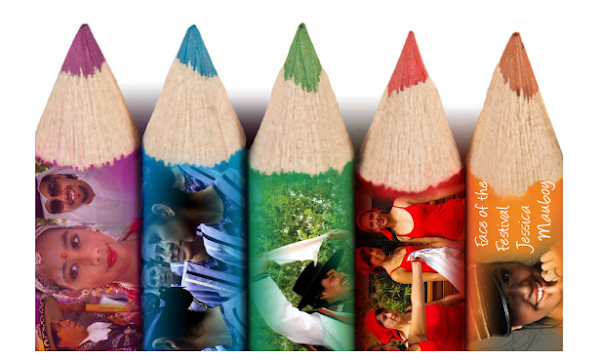 The Multicultural Festival (beer and meat on a stick to the likes of you and me) has been nailed down in 2012 for 10-12 February.

One weekend you don’t want to be down the coast.

Tags beer and meat on a stick day multicultural festival

Love that Canberra can celebrate multiculturalism. Its surprising (and great) to see how many people are out and about supporting the festival each year. Always happy to pay whatever it is in support of the stall holders who spend hours in prep time to give us a slice of their culture 🙂

Multicultural festival is an everyday thing in Australia now days. no baked spuds and rissoles to be seen here.

Indeed. The Fringe was fantastic, and no matter what anyone says, it doesn’t fit into the folk festival.

I feel it has gone the same way as Floriade. The same old thing every year, not enough to see relative to the number of people that show up, and they keep reducing the main attractions – as if they think we won’t notice. Any creativity and originality that it might have every had has been taken out of it. It all started going downhill when they took the Fringe away from the Street Theatre. Not just because it was awesome, but because that change showed the lack of imagination by the organisers. A good street festival should be diverse, spread out and cater for a variety of different audiences.

You cannot run a festival like that by sticking to this fixed and very limited formula. How often does one want to see the same group of traditional dancers/singers year after year? Why not showcase more current music from those countries?

I really have not much good to say about it at all. Pity to waste such an opportunity (and a big budget, I would imagine).

With stall fees now at $1950 per day – making the festival tents among the most expensive commercial real estate in the country – I think we’ll be looking forward to $10 meat-on-a-sticks and $20 mini-beers.

Judging by the last few years the multi culti weekend has just grown too big for itself, with huge pushy crowds and lack of space, obviously walking around in the warm weather eating diverse food and drink, watching performances is something that Canberrans enjoy doing, however why there isn’t more of this (and even a winter type festival ) surprises me. Can anyone tell me why a concept that has proven to be popular with Canberrans, and makes the city more vibrant, isn’t being rolled out by the ACT government more often the warmer months?..

Capital Retro - 7 hours ago
I was surprised to hear a secondary school student tell me that teachers are now telling students that they have rights and e... View
Kasra Mn - 16 hours ago
At what $$ point is someone wealthy? View
Anita Patel - 17 hours ago
An excellent article. View
News 2

ACT resident - 8 hours ago
This latest CRS thought bubble promises flammable construction waste to be diverted from landfill and delivered for processin... View
simm - 22 hours ago
FYSHWICK is the wrong location for a high volume waste tipping station where that would interfere with surrounding investment... View
Opinion 1

Capital Retro - 8 hours ago
Like the cosseted and tax free cyclists in the ACT, the EV lobby apparently want the same treatment. View
Community 3

rationalobserver - 9 hours ago
Its not just cars, all sorts of things now use our roads and it should be a shared cost. Usr pays and all that. In some subur... View
cycladelec - 18 hours ago
Plenty people with much more informed views than that Riot ACT know that now is not the time to impose a Road User Charge for... View
MERC600 - 1 day ago
What will be of importance is how the Feds look at electric powered vehicles. Fuel excise is a great earner for the Feds.. Ev... View
News 56

Anne O'Hara - 19 hours ago
Hannah Zurcher I have no problem with workers going for what they think they are entitled to, I do have a problem with them p... View
Nathan Lofthouse - 20 hours ago
Sorry who else is pulling 4% p.a ? View
Phill kirkham - 24 hours ago
Suez has a contract that commenced in 2013 and expires 2023, worth $180million. They have 5 other contracts worth around $12m... View
Property 46

russianafroman - 21 hours ago
Dukethunder You are not understanding what I am saying. I told you to understand what the heat island effect is. Yet you give... View
News 53

Jordania - 23 hours ago
Sanctimony has nothing to do with objections to Mr Seselja. Indeed, if there is any sanctimony around it is his. His ultra-co... View
News 38

Negotiations over pay and conditions which could avert strike action are continuing between garbage collection company Suez and the drivers'...
Breaking 0

A 16-year-old charged with murdering an 18-year-old at a Weston skate park in the early hours of 27 September has...
*Results are based on activity within last 7 days

@The_RiotACT @The_RiotACT
ACT mental health advocates and carers have been celebrated for their dedication in an awards ceremony attended by the Governor-General https://t.co/FThXxKEhcW (10 minutes ago)

@The_RiotACT @The_RiotACT
Thousands of Canberrans have COVID rent debts and face the possibility of eviction, unless governments take action, a new report says https://t.co/o6NQgwISnT (2 hours ago)

@The_RiotACT @The_RiotACT
Queanbeyan-Palerang Regional Council has been named the most progressive metropolitan or regional council in NSW for 2020 https://t.co/2wSisTErgK (3 hours ago)