Network One is a vital source for leads, introductions and business expertise 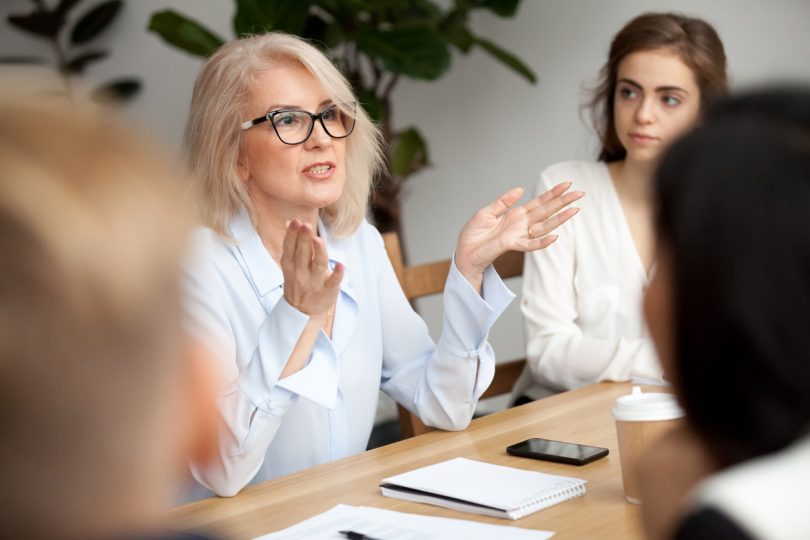 The focus of Network One is to make referrals with other businesses within the group, all while enjoying breakfast together. Photo: File.

Networking is a vital part of business, providing advice, leads, connections and mentors, and it can be a great way for your business to grow and raise its profile.

That’s where Network One comes in.

Convenor Paul Huskinson says the idea to form Network One came from a group of six business friends who regularly met for a social get-together.

“At that time, I belonged to another network group,” he says. “But an incident I wasn’t in favour of occurred so I left that organisation.

“Someone else called me and asked if I knew any other business networks, and there wasn’t one. So I started a new networking group. We started asking other people, and within a few weeks there were 45 people attending Network One.”

The focus of Network One is to make referrals with other businesses within the group, all while enjoying breakfast together. Members enjoy the breakfast meetings in the pleasant surrounds of EQ Cafe in Deakin.

“During a six-month period, it grew into several meetings because so many people wanted to attend,” says Paul. “It turned into Tuesday, Wednesday, Thursday and Friday groups, rather than one big group – we put together different groups on different days.”

He says the idea of keeping the groups to a maximum of 27 people is the ideal way to ensure advice can be gained and given. There is an average of 20 to 22 people in a group, and each group has a representative from a different industry – for example, an accountant, a lawyer, an information technology expert, a tradesperson – and the model has been working well for seven years.

“As visitors come, they can come to any group to see if they like it, and we place them in a group they’re suited to,” says Paul. “It’s a way of finding contacts and helping each other set up introductions.

“Each week there’s a presentation for 20 minutes or half an hour. While we do referrals – and other groups work on the principle that you must give a referral – we don’t insist on that.

Promo for Business in Network One

Great to be back at the Hyatt face to face over breakfast. Big Thanks to James Baker from Burgess Rawson who is a Commercial Real Estate agent who educated us about the commercial side of property.Special thanks to Dylan who joins us from Sydney each week via zoom and to the rest of the team well done this morning see you next week.

Posted by Network One Business Network Group on Wednesday, September 30, 2020

“We now have around 70 members, but we’re aiming to make it to more than 100 members. Anybody is welcome, and if they don’t fit in one group, we’ll make sure we find them another group where they’re comfortable. We also have people who use Zoom, and that’s always on hand for people who can’t make it in person.

“We’ve got a program for people just starting in business, and a program that shows members how to forget about the business card and make an appointment to discuss business with a new prospect.

“The contacts you make aren’t just for a week – they’re long term contacts – and the people you will meet, you can speak to them about things they wouldn’t speak to their partners or friends about, whether it’s tax law or anything else business related.

“There’s no application process – just come along to see if you like what we do in that group. If it’s not your thing, join another group.”

“I can confidently recommend people in Network One, knowing the job will be done right. We have the ability to draw on their expertise, and I’ve got a lot of leads from that group. We haven’t had to advertise because we have enough work from networking.

If you would like further information about Network One, or wish to join a Network One group, contact convenor Paul Huskinson by email or by phone on 0411 339 057.

Steven Gay - 13 minutes ago
I hoped for a metro with underground passages and facilities. Tokyo metro stations are a world class in itself.... View
Yvon Nemchinov - 35 minutes ago
What does that have to do with people being too stupid to safely cross a road? Let alone one with signalled crossings every 1... View
Ian John Norris - 37 minutes ago
While I agree that the Civic area needed reduced speed limits, why is it that it's always the drivers being made to suffer? I... View
Community 111

Audrey Gildea - 15 minutes ago
Sophie Gildea good news View
Ruth Fearnside - 2 hours ago
Such a good ending! Thank you for covering this story in the RiotAct. View
News 3

Rob Tozer - 6 hours ago
They "patched some on Southern Cross Drive last week. Holes back again this week. West bound on Southern Cross from Coulter D... View
Meegan Ward - 7 hours ago
Pot holes are everywhere.with such a heavy downpour recently it's no wonder. From Gungahlin, Woden, Tuggers too.. View
Shannon Canavan - 7 hours ago
Mary Edmond the 🤬 potholes!!! View
News 3

SOLVit for GIVIT this Christmas

@The_RiotACT @The_RiotACT
Canberra Liberals MLA @markparton has apologised for posting a TikTok video showing him adjourning the Assembly and then eating KFC https://t.co/uEwrhlV8zL (38 minutes ago)