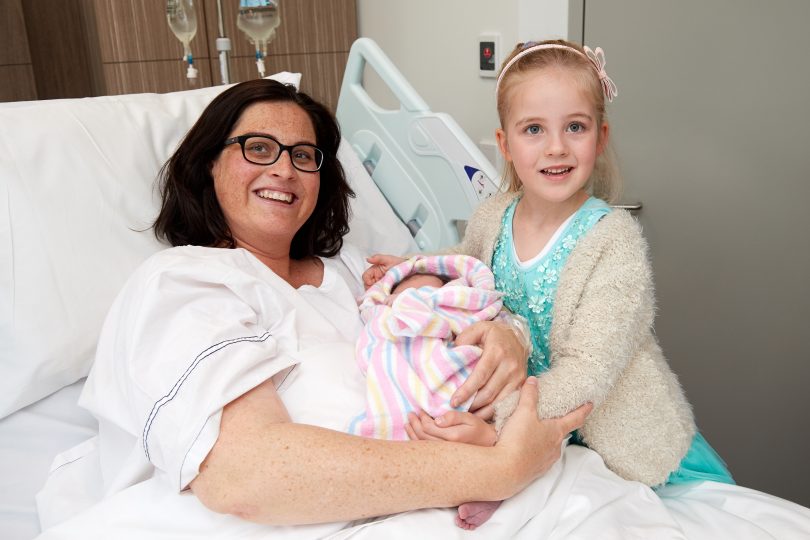 Mother Kelly Cameron and her daughter with her newborn baby; the first baby to be delivered at the new private hospital. Photo supplied.

Connected to Calvary’s public hospital by a new pedestrian bridge, the newly-built 118-bed hospital replaces the smaller private hospital that previously was incorporated within two floors of the public hospital. 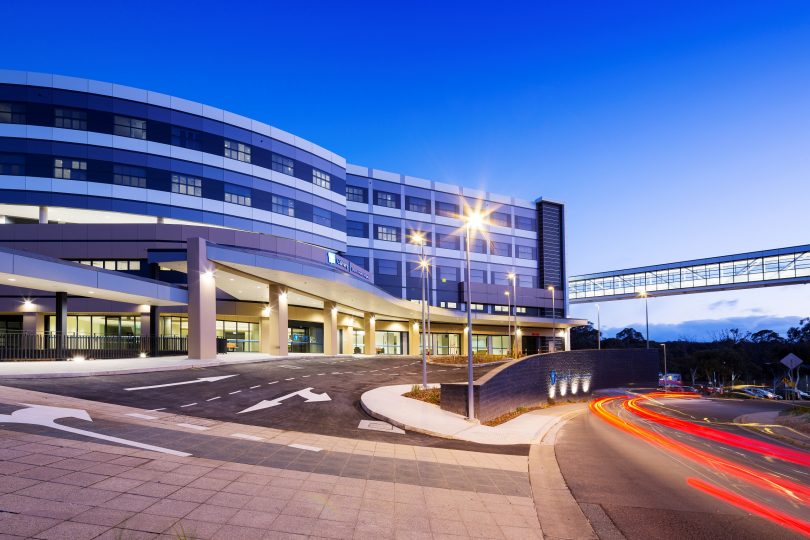 Ms Fitzharris said the opening of the new hospital was a significant private healthcare development for the community and provided greater choice for patients.

“We are committed to creating a better health system in the ACT, and this new $77 million Calvary Bruce Private Hospital offers the community the latest in medical facilities while retaining close working relationships with the public hospital Calvary also operates,” Ms Fitzharris said.

Mr Watkins said that the opening marked a 30-year milestone for Calvary ACT.

“Calvary believe that the community is best served by a singular health system where the public and private sectors play complementary roles to serve the long-term needs of our communities,” Mr Watkins said.

“Now thirty years later with further population growth and projected demand, Calvary has again responded – this time with a brand new state of the art private hospital across the road, thus fulfilling its obligations under the Calvary Network Agreement with the ACT Government.” 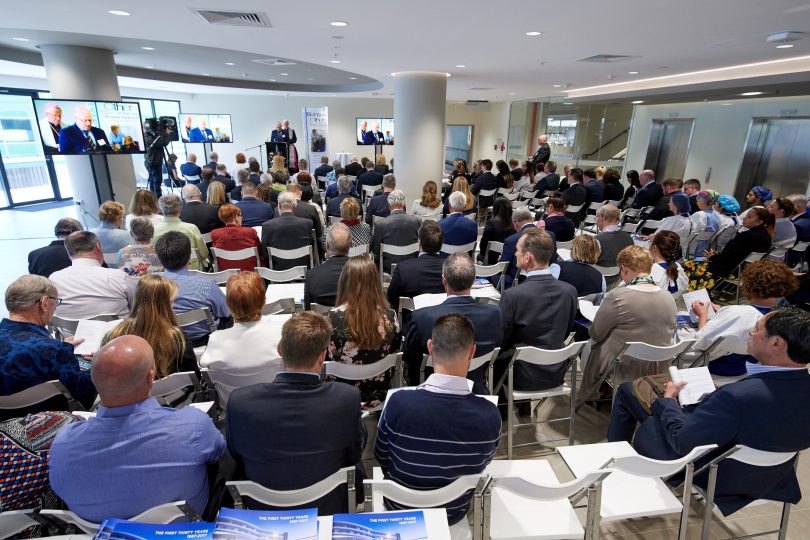 A large crowd attended the official opening of the new hospital.

The new Calvary Bruce Private Hospital features eight state-of-the-art, digitally integrated theatres – including one with a hybrid cardiac catheter lab – which will accommodate everything from day procedures to complex surgeries.

Other features of the new hospital include: 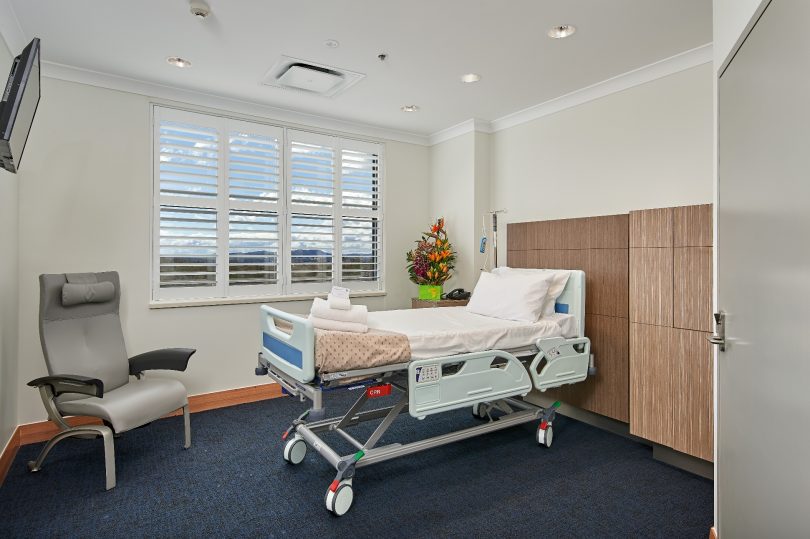 One of the medical/surgical bedrooms. Photo supplied.

“We are open, ready and excited to offer high-quality holistic healthcare and attentive patient service delivered by a team of expert medical doctors and highly skilled staff, including a dedicated hospitality team.”

The new private hospital has also been complemented by upgrades to the Calvary Clinic for Specialists, and a recent upgrade to the Hyson Green Mental Health Facility that increased capacity from 20 to 28 beds. Hyson Green is the only dedicated private mental health clinic in the ACT.

For more information on the new Calvary Private Hospital Bruce, please visit www.calvarycare.org.au. Below is a virtual tour of the new hospital.

What is meant by “planned births”??? Caesarians and induced? It’s not the clearest terminology.