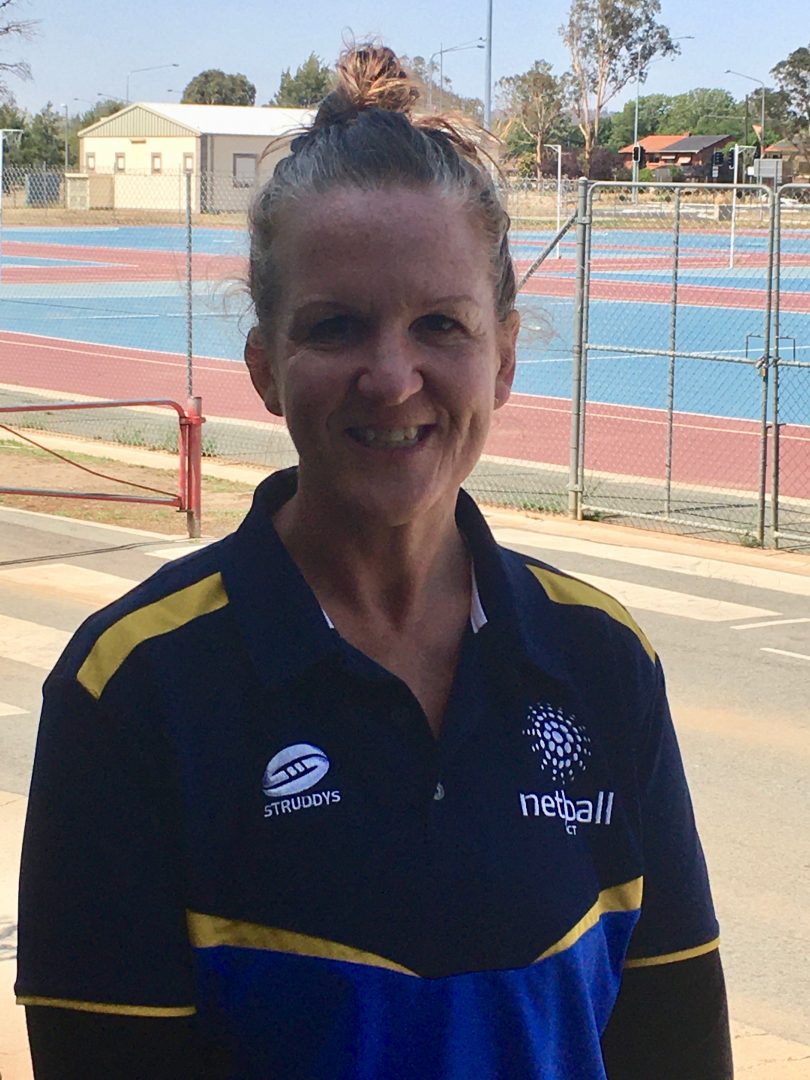 Kate Carpenter grew up in rural Canterbury on New Zealand’s South Island where there was a strong focus on playing multiple sports alongside life on the land.

Netball, though, became Ms Carpenter’s focus, initially as a player then a coach. But it was as a coach that she became renowned, initially at the age of 27 as the national coach of Papua New Guinea’s national team.

Since then, Ms Carpenter has coached another four national teams and was the inaugural coach of the New Zealand franchise, Central Pulse.

In a coup for Netball ACT, her netball journey has now led to Canberra where she will coach the ACT team, Capital Spirit, in the New South Wales Premier League.

“I basically go where there are opportunities and there was a great opportunity here,” Ms Carpenter said. “There will be similarities to where I have coached before but I haven’t been inside the Australian system before, so it will be exciting.”

It will also involve fielding two teams – open and under 23 – in an 18 round competition from the end of April, which will compliment her efforts with the NSW Premier League team and together they will feed talent into the Australian Netball League and the rebadged Canberra Darters.

“I enjoy watching young players come through. I want to give them every opportunity,” Ms Carpenter said.

There is now a defined pathway for the ACT’s elite players from the juniors to the State League to the NSW Premier League, and then to the Canberra Darters in the Australian Netball League and the Super League, Ms Carpenter said.

“The Capital Spirit will be an important stepping stone. There will be some girls in the program with the ability to play concurrently with the Darters.”

Already entrenched in the ACT Netball scene, Ms Carpenter is excited by the calibre of the players and coaches she is working with.

“The players have been given a great foundation. They are well-conditioned athletes and the coaches know their stuff. I am impressed with the support from ACTAS, the facilities, the coaches, the interaction.”

With over 10,000 registered members in Canberra, the sport is already one of the largest in the Territory. But with the establishment of this new pathway system, it now has the potential to capitalise on its prominence in terms of player numbers.

We are so lucky to have Kate join the NACT family.

Renee Mae - 22 minutes ago
Yes there are root causes but especially here in ACT we can't ignore rental affordability (or lack thereof). So many women ar... View
Property 25

Acton - 34 minutes ago
Certainly low documentation loans raise the risk of default. As well, to add to the risk factors now are greater use of mortg... View
Capital Retro - 3 hours ago
It is timely to revisit what happened in the USA 11 years ago because with speculation that there will be government guarante... View
Acton - 3 hours ago
Low interest rates mean people borrow more. Large loans means people have more money to spend and higher buyer demand pushs u... View
News 1

Acton - 51 minutes ago
If the Greens think that lowering the voting age to 16 will result in more Green votes, they may be very disappointed. There... View
News 4

Nick Swain - 2 hours ago
This business proposal was totally inappropriate for Fyshwick. They would have killed many Fyshwick businesses by clogging up... View
simm - 2 hours ago
A giant fragmentising metal shredder is not the right idea for any built up area. . Other states stipulate a 1200 meter Separ... View
Shayne Borger - 14 hours ago
This council is killing Canberra and business with initiative View
News 1

A huntsman spider has caused a stir after appearing on a security camera, looming menacingly over a deep-space antenna dish...
*Results are based on activity within last 7 days