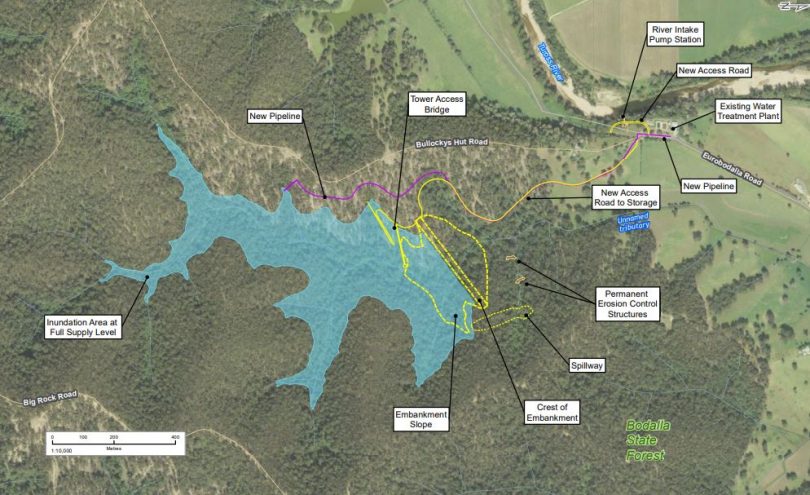 Plans for a new dam at Bodalla on the banks of the Tuross River have been released for public comment. Image: ESC.

Eurobodalla Shire Council has released plans for a second water supply storage in the shire.

Concept designs for a new $100 million dam near Bodalla are now complete and available for the community to view and make comment on.

The proposed facility is unlike a traditional dam in that it is off-stream, with water pumped to it from the Tuross River.

Eurobodalla Mayor Liz Innes says the facility will have the capacity to store 3,000 million litres and will help drought-proof Eurobodalla’s water supply.

“The project was flagged back in 2003 but was put on the backburner due to the success of our water-saving programs and less-than-predicted population growth,” she says.

“However, NSW Government water sharing plans, which limit the amount of water we can extract from local rivers, recently came into force, bringing forward the need for the storage facility.”

For the dam to work and progress, more than the river needs to flow.

“This is a change in government policy for the right reasons, but we believe both the NSW and Australian governments should support local ratepayers by providing substantial grant funding toward the new storage facility,” Cr Innes says.

“We’re therefore moving ahead with the planning and design process to be shovel-ready to secure the grants needed for the project to proceed.”

The plans allow for the facility to expand to 8,000 megalitres to meet future demand and will eventually include a new water treatment plant and delivery system.” 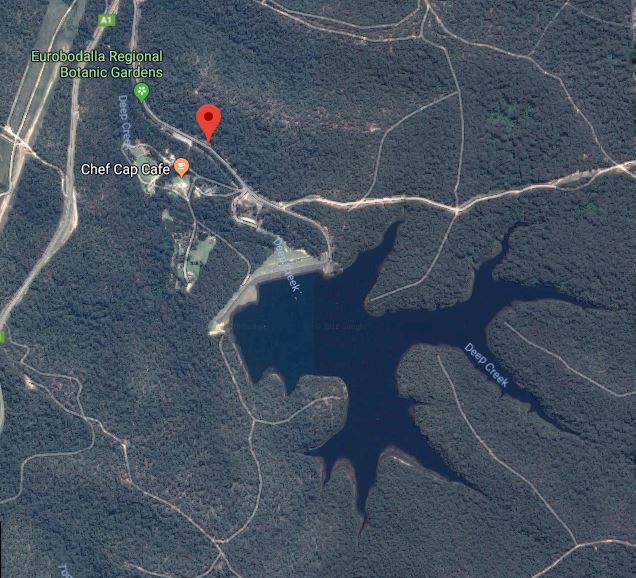 The Tuross River already provides a source of water for the southern parts of the Eurobodalla via a small treatment plant and direct pumping into water supply reservoirs, while Council’s northern water supply is at Deep Creek Dam, just south of Batemans Bay.

To view the plans and provide feedback, go to Council’s website. The closing date for submissions is Friday, April 27.

Susi Hewatt Bauer - 15 hours ago
Geri Zeiler perfect for you guys 🐎 View
Daymien Clydesdale - 18 hours ago
Daniel Lewis its an omen....see the name of the property. View
News 1

“When it comes to supporting people in need, the Eurobodalla community never disappoints”