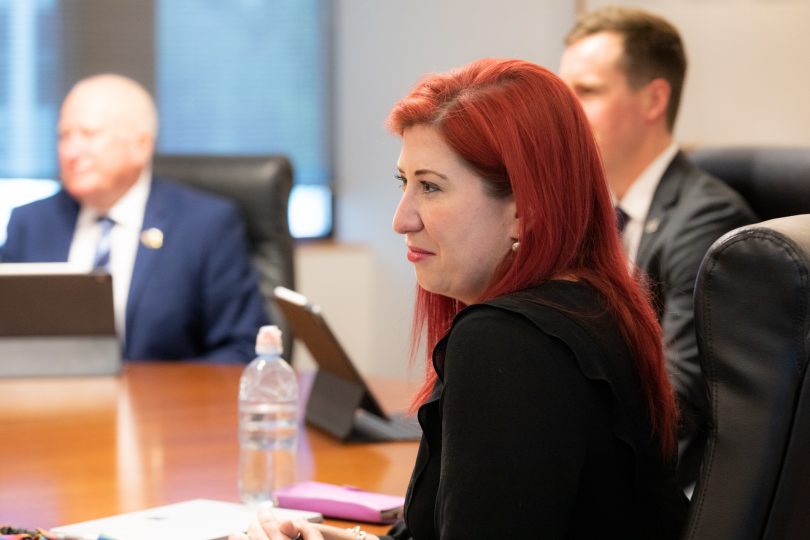 It’s hoped new laws introduced in the Territory in recent weeks will make discrimination and sexual assault a thing of the past by preventing them from ever happening in the first place.

The Discrimination Amendment Bill 2022 was introduced to the ACT Legislative Assembly this week by Human Rights Minister Tara Cheyne who told the Assembly discrimination in any form was unacceptable.

“It excludes people from our community, reduces social cohesion and can have significant impacts on a person’s psychological health, wellbeing, and capacity to participate in society,” she said.

“We also know that a person can have intersecting protected attributes, which can compound the stigma and harm associated with discrimination.

“It is essential that our Discrimination Act is modern, fit for purpose and appropriately equipped to protect the right to equality for all Canberrans.”

This means organisations are expected – and will be legally required – to take reasonable and proportionate steps to end discrimination, sexual harassment and unlawful vilification before it happens.

It also expands coverage of the Discrimination Act 1991 to more areas of public life including formally organised sporting activities, formally organised competitions and the administration of Territory laws or ACT Government programs or policies.

Currently, it is against the law to discriminate against a person at work, in education, when allowing access to premises, when providing goods, services and facilities, when providing accommodation or in the activities of clubs holding liquor licences, but it’s unclear whether other activities beyond this are covered.

An inquiry into racial vilification recommended in its final report released earlier this month that discrimination laws should be expanded to cover police.

The amendments will also refine and narrow exceptions to unlawful discrimination relating to employment, workers in private homes, sport, clubs and voluntary bodies, insurance and superannuation providers and religious bodies.

As an example, the law sets out exceptions where discrimination is allowed in the instance of a sporting competition for age or sex.

But that exception does not apply for children under 12.

The proposed laws make no changes to the way religious schools are dealt with under the law but tightens the circumstances where religious bodies are allowed to lawfully discriminate, restricting them to circumstances genuinely related to religious observance and belief.

Ms Cheyne first released an exposure draft of the legislation in July for community consultation.

Last week, the ACT Government passed laws that made it mandatory for employers to report incidents of sexual assault to the ACT’s workplace safety watchdog.

That’s a refinement from current laws where any sexual assaults in the workplace are only required to be reported to WorkSafe if the victim receives medical treatment or is admitted to hospital.

Bit by bit they’re removing the presumption of innocence, but only for white men of course.

This rubbish is really beyond satire.

Has the local Government ever passed a law outlining what a citizen’s responsibilities might be ?