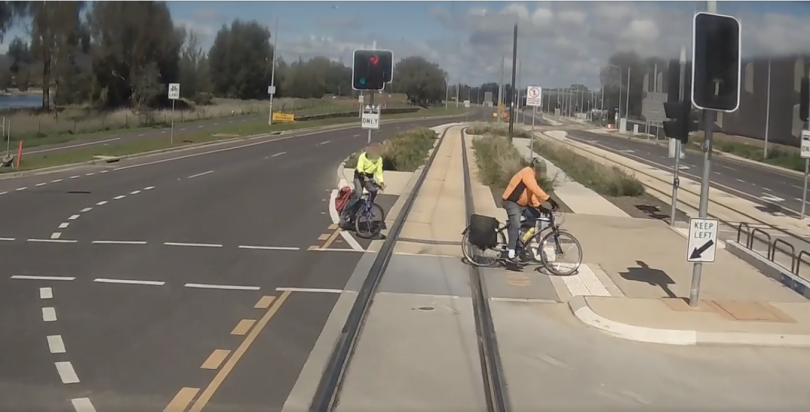 Transport Canberra has released new footage of light-rail near-misses as it calls for ACT’s commuters to pay attention during Rail Safety Week (9-15 August).

Around three Australians die every week across Australia’s rail network.

While light rail accidents are rare in Canberra, there are near-misses with a car or pedestrian every three to four days, four in five of which require the tram driver to use the emergency brake.

This can cause problems for not only passengers, but also the driver, with near-misses seriously impacting their mental health.

Police will be conducting a high-visibility operation throughout Rail Safety Week. 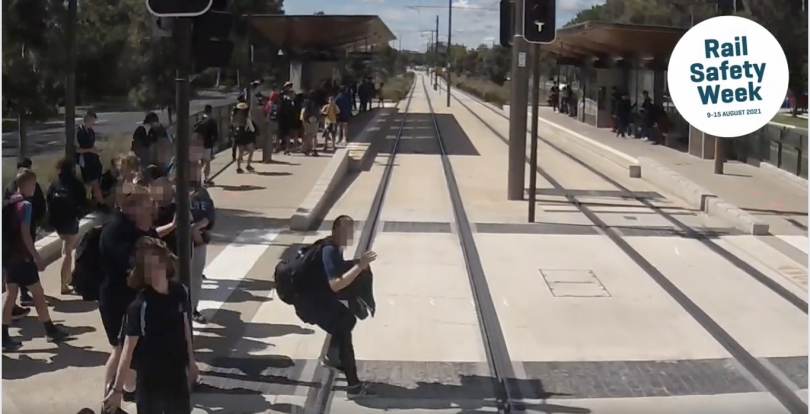 ACT Minister for Transport and City Services Chris Steel said Canberra is lucky there have only been a couple of incidents, but circumstances can change rapidly if commuters do not pay attention.

“This week is an opportunity for us all to remember that safety around light rail is everyone’s responsibility, and we can all do our bit to reduce the risk of someone getting hurt,” he said.

“This means staying behind the yellow line at the light rail stop, stopping to look both ways before you cross, and paying attention around the tracks and stops.”

The launch of Rail Safety Week also included the unveiling of the campaign’s new artwork by Gungahlin College student, Ada Miller, which is being displayed on some trams and tram stops.

Ms Miller won the competition to design the campaign’s artwork with her ‘Don’t Rush or Be Crushed’ slogan.

Her design addresses what is making people act dangerously around light rail tracks.

“I tried to make it clear that it is more important to be safe than trying to catch the tram,” said Ms Miller.

Construction of light rail to Woden will cause heavy traffic, with Commonwealth Avenue carrying only a fifth of its regular traffic, and large increases in traffic expected along Kings Avenue and Parkes Way between Kings Avenue and Canberra City.

The first leg of the expansion is due to close lanes on Commonwealth Avenue and put in place traffic diversions to other main roads such as Parkes Way and Kings Avenue as major work gets underway from the second quarter of 2022.

Dr Paterson said women living on Canberra’s southside should rethink their travel patterns and switch to public transport – with more buses being put on to mitigate bottlenecked traffic flows – or active travel modes such as walking, riding or e-scootering as construction ramps up.

“Research suggests that women have different travel patterns and needs than men, including the need for trip-chaining – incorporating multiple purposes into a travel journey such as dropping off kids at school or doing groceries and other errands,” she said.

“[They also have] different levels of comfort and safety, especially when walking, riding a bike or catching public transport.

“Women are well positioned to make changes to some of the journeys we undertake to embrace a range of options that will benefit us both during this immediate period of disruption and also for the longer-term lifestyle changes.” 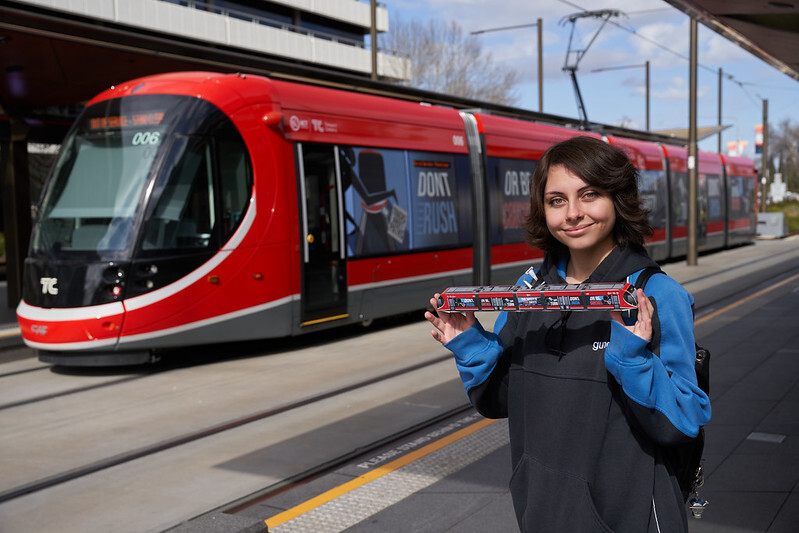 Dr Paterson also wants to address women’s perception of safety while travelling, with her discussion paper for creating an active travel plan for southside women citing research that women adjust their behaviours in response to this risk.

This includes taking longer or an indirect route, travelling at different times or not travelling alone.

The discussion paper for the ‘Her Way – Southside Active Women’s Travel Plan’ campaign is open for feedback until Friday, 3 September, and is available online.

Cripes – hold on people! Why would you risk your safety by standing there assuming your trip will be as smooth as silk. Would you stand on a bus without holding on? I doubt it very much.

That’s OK as long as the only ones who pay for it are tram users.

You paid for the tram, CapitalRetro, so don’t be stingy on the accoutrements

They might need to consider putting up fencing or barriers.

Perhaps they should slow the tram down to max of 40 kph for the whole journey?

@GrumpyMark: why the arbitrary figure of 40kph and why not the safer 30kph? (Totally tongue in cheek because you ‘pinched’ my comment.)

Sorry, DJA, but I’m claiming this one only because I usually see a response I’m thinking of before I had the chance to put it up 🙂