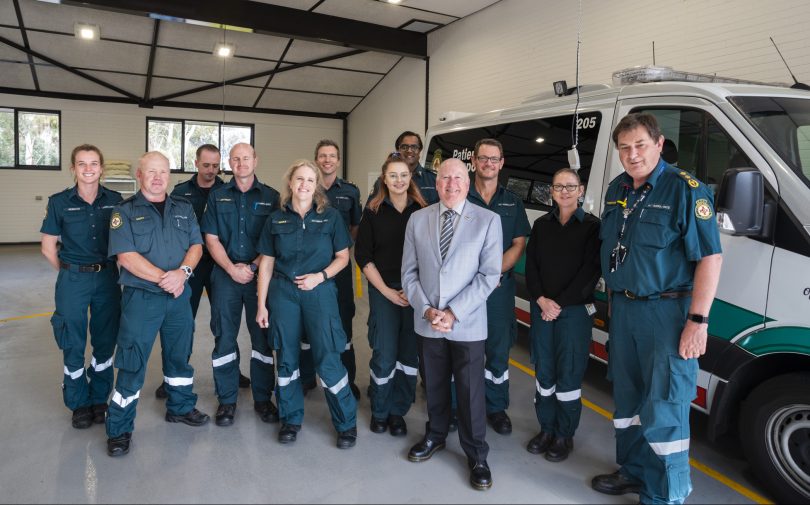 Eight new staff and a new vehicle have been rolled out with the new facility in Kambah. Photos: Supplied.

The ACT Government has opened a new, expanded non-emergency patient transport facility in Kambah that will free up more ambulances for emergency medical transport.

Eight new staff and a new vehicle have been rolled out with the new facility to enable more services each day and better support for bookings, including on weekends.

The Government spent over $890,000 funding towards the new, larger and better-equipped facility, which replaces the old Curtin facility.

The facility upgrade, which was part of the ESA Station Upgrade and Relocation Strategy the ACT Government has been running across the territory’s emergency services, will provide crews with a more comfortable and functional base that’s better suited to their day-to-day work.

“It has been in various vehicles and various forms and at the moment what we have is the single largest non-emergency patient transport capacity that we have ever had, in terms of staff numbers and vehicles.”

Chief officer Wren said the location in Kambah was chosen due to the central location between both major hospitals. 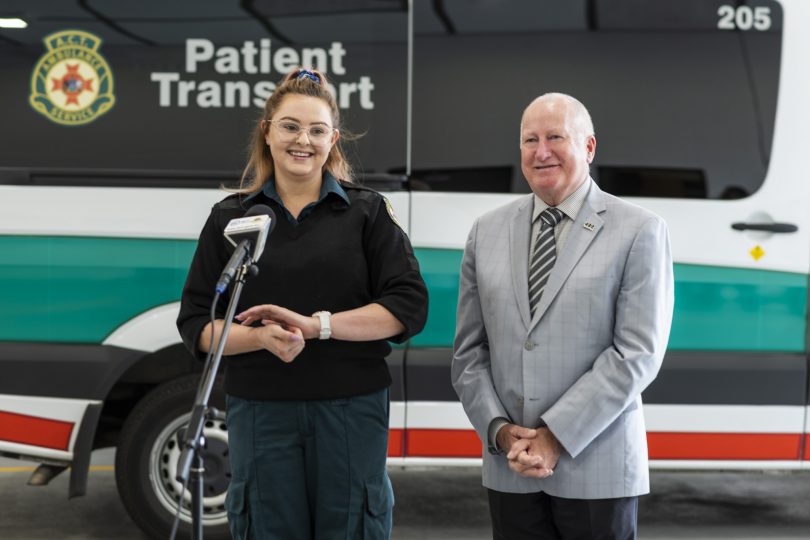 Mr Gentleman said the new facility provides a dedicated home to grow the service into the future.

Nearly 20 per cent of calls to ACT Ambulance Service are for non-emergency patient transport to and from aged care facilities, hospitals, clinics and private residences.

“Non-emergency patient transport is an invaluable and often unseen part of the ACT Ambulance Service’s work that accounts for around 20 per cent of the caseload across Canberra,” Mr Gentleman said.

“This provides a dedicated home to grow the service into the future.

“I think it is a fantastic result to bring about first-class opportunity to operate out of and to provide a better service for Canberrans and to ensure that we provide them with the safety they need in emergency patient transport.

“The ACT Government remains committed to the safety of the community and the emergency workers that provide assistance during times of greatest need.”

Duane Toohey, back in my day, we worked out of a primary school! And had miniature furniture!

Whilst I have no issue with this or it’s placement I did get great amusement in reading that Kambah is central between the two hospitals. Funny when I look at a map Kambah is south of the southern hospital.

I didn’t even have to look at a map; but then you live in the deep north JC.

Don’t waste your keyboard strokes Capital Retro. I think someone from Kambah must have stolen JC’s lunch money years ago.

I left Kambah 4 years ago, but it’s people like JC who encourage me to stand up for my old stamping ground and question whether someone from Kambah also stole Mr Barr’s lunch money.