New opening hours for the libraries 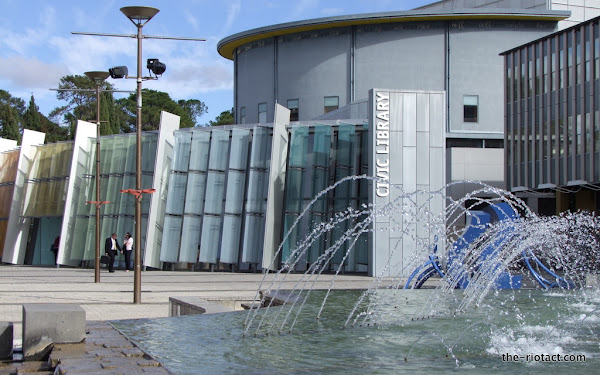 Territory And Municipal Services have put out a media release on changes to the Library Service’s opening hours.

“Feedback from library users and analysis of patronage has told us that opening libraries at different times is confusing for the community and that there is a need for consistency across all the branches.

“The new hours will enable families and individuals to better access library services out of work hours with all branches now opening at 10 am each day and closing at 5.30 pm.” she said.

The only solution to this problem is a sit-in protest!

I wish Erindale (my favourite library) was open on Sundays and public hols.

And, the only good thing about the new website is that you can actually find the opening hours (which you could previously only find through google)! Why do IT and public affairs people think bright colours and clutter are a good thing? Erk. These people should take note of the ABC website disaster.

Interesting to see how reduced hours can be sold as ‘better access’. Disappointing.

The changes are annoying; I had gotten used to visiting Woden library after work, knowing I wouldn’t need to worry about it closing and still get home to prepare dinner at a decent time. This just means I go home earlier I guess. And closing at 8pm confounds me too. I didn’t like it when they originally changed closing times from 8pm to 7pm because of library patron demands- now they change back again because people were hanging around at 6:55pm wanting to use the services?

How does closing the Woden library at 5.30 improve my ‘outside work hours access’? I often go to the library after 6 – I guess no more except if I want to have a really exciting Friday night out at the library….

Milton! Thou shouldst be living at this hour
The Library Bureaucrats have need of thee.

Why not say “people” or “users” or “customers”? Rather than this weird Families (and other people).

I think they were a bit quick with their media release – they don’t have the css file uploaded for their website.

A bit OT but I and everyone I speak to who are ever standing in line outside the return feeder chute at Woden library are jack of it.

And to top it off the ACT libraries have changed their website to a brightly cluttered thing that doesn’t tell you what the new hours will be.

The media release appears to say that to allow users to better access libraries outside work ours they’ll now all open at later and close earlier except on Fridays. Brilliant. How does removing the evening opening times help me better access library services out of hours exactly?