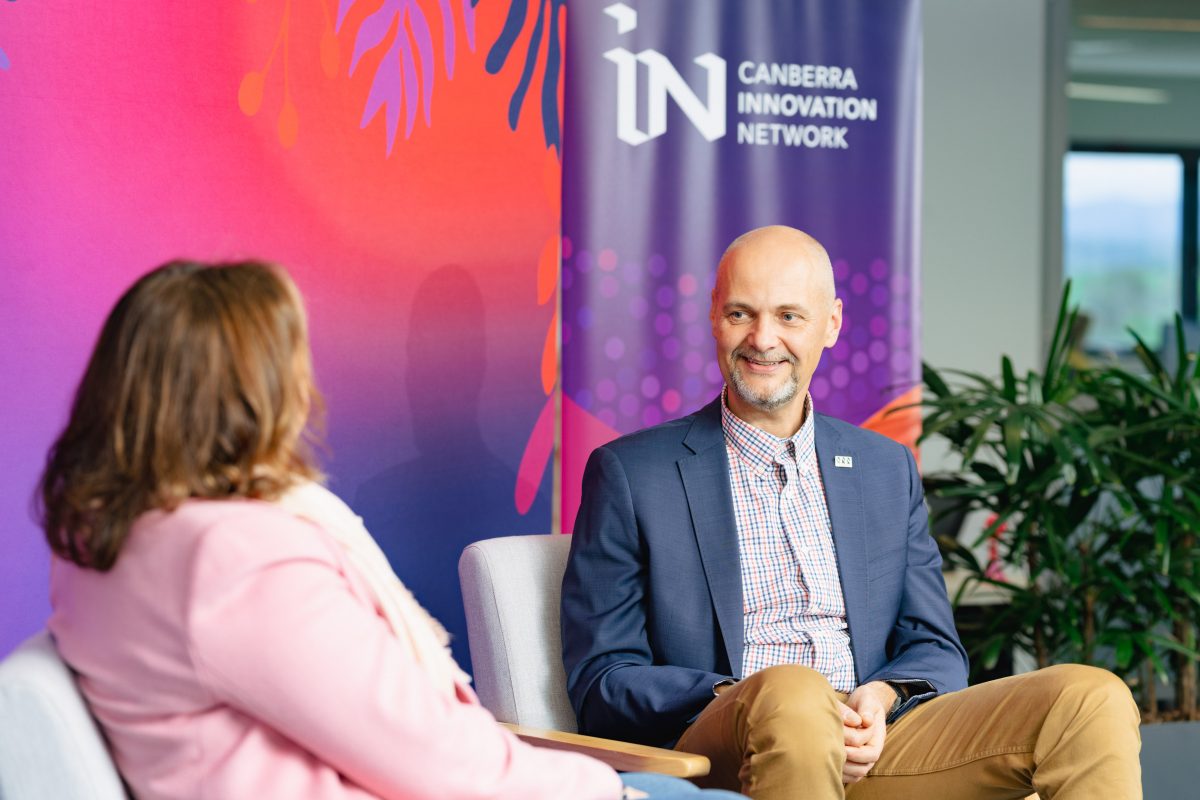 “Picture a network of innovation centres all connected to a central showcase of the best innovation Canberra can offer to the world,” he says.

“It’s fully accessible, interactive with the city, buzzing with entrepreneurs and innovators who collaborate with our knowledge institutions, corporates and government to solve wicked problems and grow new industries. It’s the beacon of innovation for the ACT and beyond.

“I believe our innovation community has reached a level of maturity where we need that.”

Petr says CBRIN has played a key role in this maturity – and he’s not just whistling Dixie.

Last year PWC measured CBRIN’s impact in the ACT over 2021 and found it had created 400 jobs directly and 750 indirectly.

Its gross annual impact was estimated at $100 million. Every dollar the ACT government had invested had resulted in a $52 direct contribution to the local economy.

CBRIN commissioned reporting once before, in 2017, when an independent survey of people who had interacted with CBRIN revealed 92 per cent of respondents had had positive outcomes.

But according to Mr Adamek, there’s evidence of CBRIN’s impact on the local innovation ecosystem beyond these qualitative and quantitative measures.

He cites the recent sale of Instaclustr, an open-source data technology subscription service.

Founded in 2013 as a startup, Instaclustr worked in a demountable in the ANU parking lot before joining the coworking space Entry29 at CBRIN, and later progressing to the ‘incubator’.

“They were totally immersed in CBRIN and at one stage occupied the entire incubator,” Petr laughs. 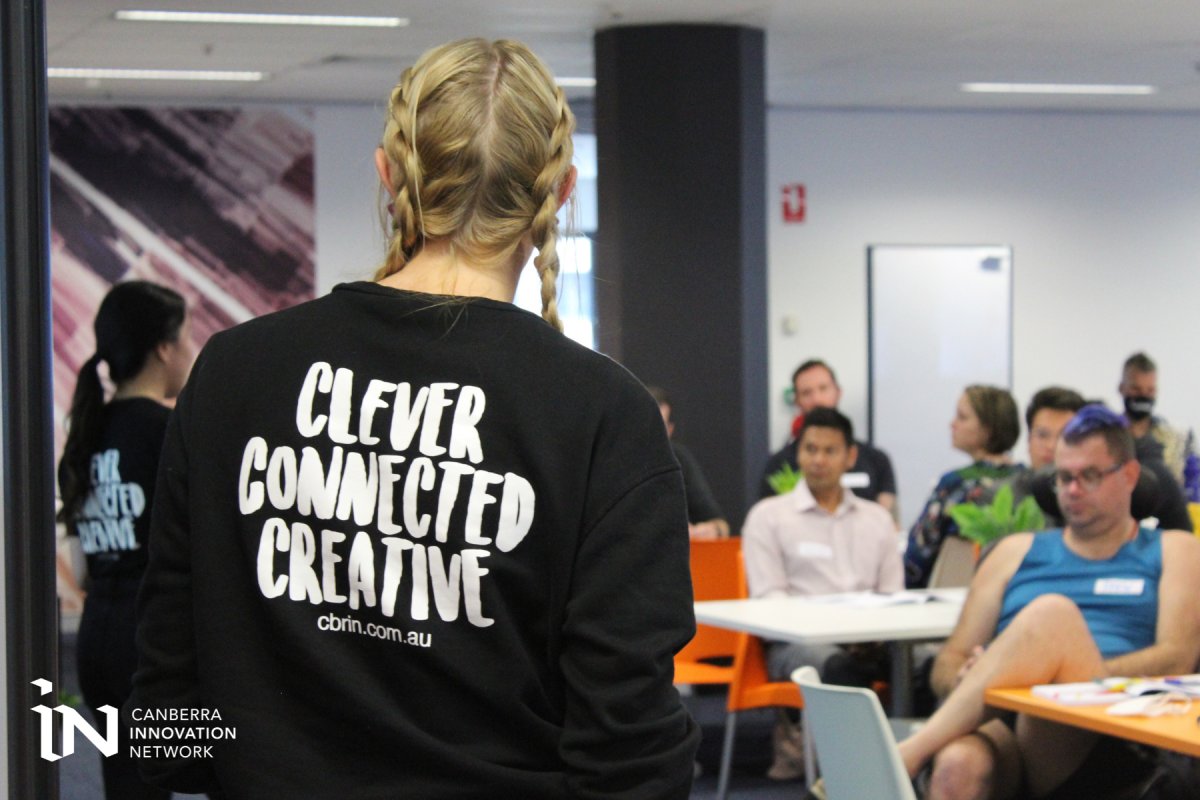 CBRIN holds and hosts up to 290 events per year.

The company was recently acquired by multibillion-dollar cloud tech player NetApp for an estimated $500 million.

“It’s an example of local innovation that has attracted a multinational company to Canberra rather than moving offshore,” Petr says.

“There’s a war for talent internationally and this is a case study of how we can keep talent, business, innovation and capital here by building companies embedded with local knowledge, close to knowledge centres.”

“Knowledge centres” refer to precincts where tech and science parks are located near or within tertiary education institutions. CBRIN’s position is that Canberra, with the highest concentration of PhDs and education and research institutions per capita in Australia, is already one highly interconnected knowledge centre.

CBRIN, where entrepreneurs come to collaborate and solve problems, is at its heart, sourcing energy from universities and institutions and fuelling innovation. 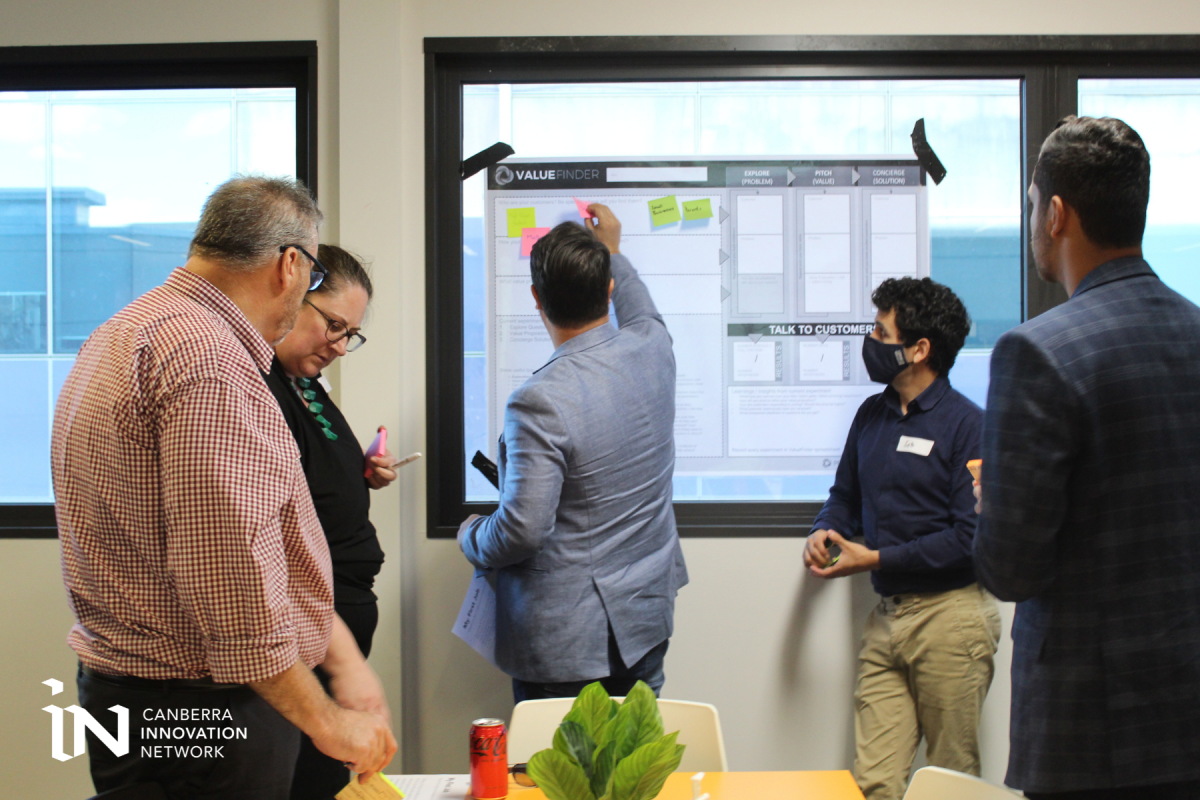 Workshops are a regular feature at CBRIN headquarters.

The first, he describes as a “discovery and exploration phase” during which CBRIN experimented with several approaches on how to grow, promote and connect the innovation ecosystem.

After finding what worked for entrepreneurs, in phase two the network developed many of the programs that run today.

This includes its monthly flagship event “First Wednesday Connect” which draws 100 to 250 entrepreneurs, students, researchers, investors, mentors, government officials and corporate representatives together, about 50 per cent of which are new each time.

“So the innovation ecosystem grows with each event,” Petr points out.

Together with the Innovation Connect grant program delivered for the ACT government since 2018, these programs form the most important pre-startup supports CBRIN has provided so far.

This year, the network also launched its SME accelerator program and collaborated with the ACT Government to help launch the Canberra Cyber Hub, an organisation dedicated to looking after the ACT cybersecurity sector.

As its reach swells, CBRIN enters its third phase – scaling up.

If all goes to plan, programs will diversify and increase, their physical footprint will swell and they will grow their family of academic and business partners, which already includes the CSIRO, ANU, University of Canberra, UNSW Canberra, Canberra Institute of Technology, KWM, PWC, Optus and the Academy of Interactive Entertainment.

“We have about 10,000 people who attend events we organise or collaborate on annually. We hold and host between 250 and 290 events per year, thousands of entrepreneurs and innovators participate in our workshops and competitions,” Petr says.

“Are we succeeding? I believe so. Am I satisfied? Not yet. We want every citizen in Canberra and the broader region but also nationally and internationally to know about us, engage with us and get value with us.

“Our ambition is to multiply our impact tenfold.”