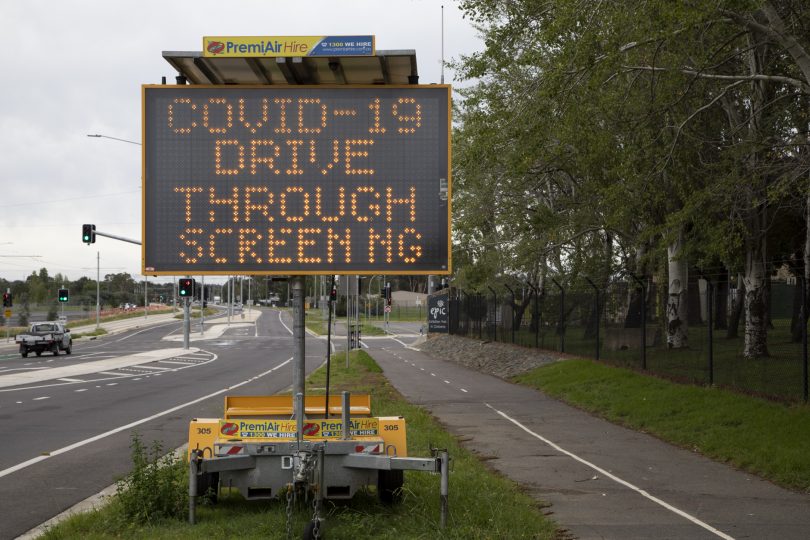 A new drive-through test site will be opened in Kambah to service the southside. Photo: Thomas Lucraft.

The ACT Government is bracing for the almost inevitable return of COVID-19 cases to the Territory by opening up another testing site, pressing pause on easing restrictions and canvassing ways to stop people who may be carrying the virus from travelling to Canberra.

The ACT has now gone 13 days without any new COVID-19 cases and there is now only one active case, but there is mounting concern about the situation in NSW, which posted 19 new cases today, and Victoria where more than 400 new cases were recorded.

There are now more than 600 people in quarantine and self-isolation in the ACT, including more than 130 who last week visited the Batemans Bay Soldiers Club, the site of a cluster of infections.

Testing in the ACT hit a new daily record of 1329 and Health Minister Rachel Stephen-Smith announced a new southside drive-through testing site in the northern car park of Jenke Circuit in Kambah, which will open next week.

This will be the fifth testing site in the ACT and will open seven days a week from 9.30 am to last vehicles at 5:00 pm.

Ms Stephen-Smith said given the situation in NSW, and particularly Victoria, it would not take much for a new case to emerge in the ACT.

”What we have seen in Victoria and what we’ve seen in NSW is that absolutely this pandemic is not over, and it only takes a couple of people to start a very significant chain of transmission,” she said.

”Obviously, we effectively have a closed border with Victoria but it would not be surprising that we see someone coming back into quarantine and testing positive at some point in their quarantine period.”

She said the next week would be crucial in NSW where the situation was more under control than in Victoria but cases and infection spots continue to grow.

Both she and Chief Minister Andrew Barr pleaded with people who may have been in a NSW hot spot or Victoria to self-isolate and get tested.

”We won’t really know for another week exactly what has been seeded into NSW and what that might lead to,” she said. 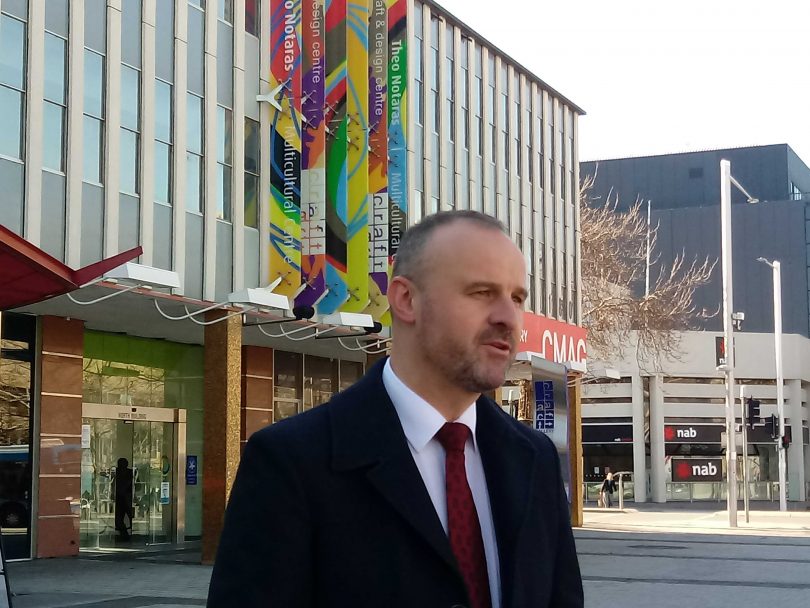 The decision to postpone the easing restrictions for a further two weeks was based on what was happening in NSW and Victoria. Mr Barr said the ACT could not pretend to be immune from their impact.

”We see where the hotspots are in NSW and Victoria, and all of that is actual evidence that informs mature sensible decision making for the Territory,” he said.

”We have adopted this approach throughout the pandemic and we will continue to do so.”

He did not want to ease restrictions and then have to clamp down, something business had warned the government about.

Mr Barr said the government was canvassing a range of scenarios to keep the virus out of the ACT from travel permits for Victorians to a Canberra region buffer zone to the last resort of a hard border with NSW, which would only occur in a situation of rampant community transmission.

”The circumstances that we continue on our merry way thinking that the virus can swirl around us as close as Queanbeyan and we can live our lives normally in the ACT is not a likely scenario,” he said.

Mr Barr had one word for anyone thinking of travelling outside of the ACT: ”Reconsider.”

He said the ACT would not be accepting any repatriation flights for the time being, given the Territory’s limited capacity to monitor those in quarantine.

Anyone who has been in some of the affected locations identified by NSW Health must self-quarantine for 14 days from the date they were there, even if they do not have any symptoms.

At this time, these locations are:

People who visited these locations on the specified dates are asked to get in contact with ACT Health through the COVID-19 Helpline on 02 6207 7244 so ACT Health can support individuals through their quarantine.

Anyone who has been to Victoria within the past 14 days must notify ACT Health before returning to the ACT.

To learn more go to the ACT COVID-19 website. 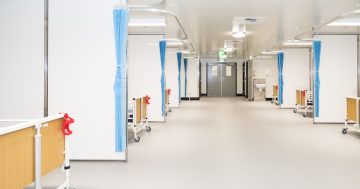 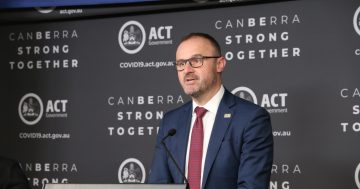