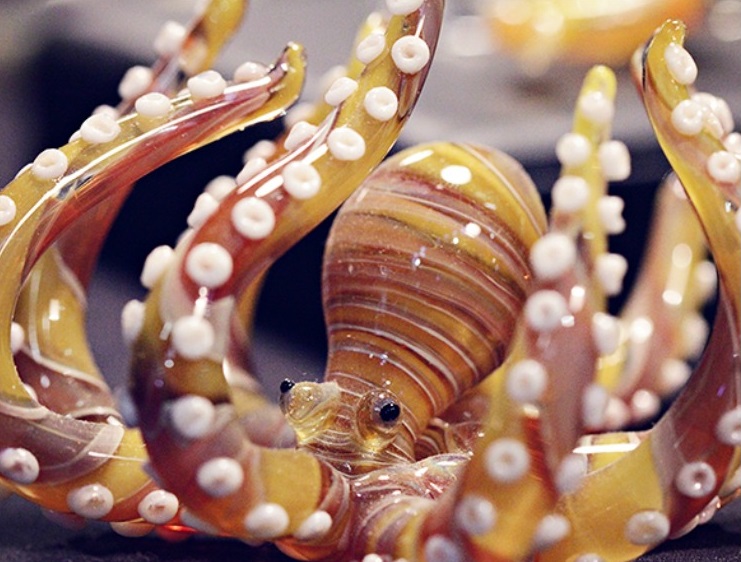 Fancy a quirky gift for mum this mother’s day? Head down to the Bus Depot Markets for a Super Sunday. Photo: Supplied.

It Mother’s Day this Sunday and if you haven’t booked lunch yet, don’t worry; we’ve got you covered with ideas that aren’t booked out! Join the crowds for a brisk 5 km walk around Lake Burley Griffin as part of the Mother’s Day Classic, head to the Old Bus Depot Markets for a locally made gift, take mum to the National Film and Sound Archive for a VIP experience of the Dressmakers Costume exhibition or unwind at the movies.

Apart from Mother’s Day, the Canberra International Music Festival continues this weekend, the National Capital Rally is on, compressed into one day to make it easy for spectators to enjoy the race, and the Brumbies play the Sunwolves on Sunday afternoon.

Where: Various venues
When: Various sessions
The Canberra International Music Festival continues its tribute to Bach this weekend with concerts across the weekend. Highlights include:

Where: Various venues
When: Friday 5–7 pm & Saturday 8 am–4:30 pm
The National Capital Rally is on this weekend. It kicks off 5 pm on Friday at the race Service Centre opposite the Abode Woden with an opportunity to meet the drivers and check out the cars. There will be live music, a sausage sizzle, and face painting. This year the race has been compressed into one day to reduce costs and make it easier for spectators to see all the stages. The race starts at 8 am Saturday and finishes at 4 pm. It will be held in two locations—Pierces Creek Forrest and Uriarra Forrest—with spectator points set up in both these locations. The race will pass each spectator point in the morning and afternoon. Race maps and details of the spectator points including when the race passes here. The cars and drivers will be back at the Service Centre between 11 am–12 pm on Saturday and after the podium finish at 4 pm.

Where: Event Cinema, Manuka
When: Saturday 3 pm & Sunday 6:30 pm
In May 2017, Kilian Jornet, a mountain runner, completed a solo ascent of Everest, without oxygen and in a single climb. It marked the climax of Jornet’s five-year Summits of My Life project which saw him climb some of the world’s most famous mountains. Directed by Sébastien Montaz-Rosset and Josep Serra, Path to Everest follows Jornet on his journey to Everest in an intimate portrait that reveals his fears, contradictions and his desire to keep seeking new challenges. Tickets are $20, book here.

Where: Canberra Theatre
When: 8 pm
Ahead of the Eurovision Song Contest next weekend, local comedian Chris Endrey and Jayne Hoschke will host the finals of Canbeurovision song contest this Friday night. After four heats featuring songs from over 30 Canberra suburbs, the best 12 have been selected for the final. The finalists are:

Who will become Canberra singing royalty? Tickets are $39.95 for adults and $29.95 for concession but hurry there are only a few remaining. Book here.

Where: Rond Terrace, Parkes
When: From 7 am
As an alternative to champagne and cake for Mother’s Day, celebrate by doing a hearty walk or run and raise money for breast cancer while you’re at it. The annual Mother’s Day Classic is on again with a 5 km and 10 km course around the central basin of Lake Burley Griffin, starting and finishing at Rond Terrace. Walk or run the 5 km distance. The 10 km run starts at 8 am, with four waves of runners, the 5 km run starts at 9:30 am and the 5 km walk starts at 9:40 am with a group of survivors and their families and friends leading the way. Register here.

Where: Old Bus Depot Markets, Kingston
When: 10 am–4 pm
Head to the Old Bus Depot markets with your mum this Sunday. The market is having one of its Super Sunday events with the best handicrafts and high-quality items on offer. There will be stalls from all of the market’s monthly theme days—multicultural, designer and collectables as well as a wide selection of delicious food and live music.

Where: National Film and Sound Archive
When: 10 am–4 pm
Treat your mum (and yourself) to a VIP experience of the National Film and Sound Archive’s exhibition of the costumes from The Dressmaker. There will be champagne, cupcakes and guided tours. The exhibition features a selection of haute couture costumes worn by Kate Winslet, Liam Hemsworth, Sarah Snook, Hugo Weaving, Judy Davis, Rebecca Gibney, and other members of the cast of the 2015 film The Dressmaker. The costumes were designed by Australian designer Marion Boyce and are straight from the streets of 1950s Dungatar. Tickets for this event are $23 for adults and $20 for concession and are valid from 10 am–4 pm, with the last entry at 3:30 pm. Book here.

Where: Event Cinema, Manuka
When: Sessions starting from 10 am
Unwind with Mum at the movies this Mother’s Day. Events Cinema in Manuka is suggesting the following films and have plenty of sessions from 10 am through to 9:30 pm.

Where: GIO Stadium
When: 4:05 pm
The Brumbies are playing the Japanese Sunwolves at home this Sunday afternoon. The Sunwolves are yet to win in Canberra so will be hungry for a win. The game starts at 4:05 pm, tickets from $12.95, book here.

Eurovision is completely sold out and has been for weeks. Also you missed that PEKING DUK are playing at UC Saturday night and there are still tickets for that.

David Brown - 4 minutes ago
They got disaffected votes from people fed up with both majors. If the Libs can find a moderate leader and develop some sensi... View
Katy Did - 2 hours ago
Exactly Warwick. People need to read their ‘manifesto’ and realise that the real agenda is Socialism which we all know le... View
Jack Hearps - 4 hours ago
Leigh Conroy if only the liberals were just that rather than religious nutters and far right conservatives stuck in 1950s ...... View
Property 35

JC - 2 hours ago
What policy? Always trying to make a political point. What’s clear is you don’t know much about electronics and electrica... View
Capital Retro - 3 hours ago
It is clear that a lot of wiring will have to be retrofitted to extend this policy to existing apartment blocks. This will be... View
Annie Wyer - 10 hours ago
Peter, a lot of complexes have just enough parking spaces for residents only and don’t normally include visitor spaces, lik... View
News 32

Michael Hourigan - 9 hours ago
Except that it doesn't Joe View
Lloyd Woodward - 22 hours ago
Stop with this boomer thing. Im apparently a Boomer, but think this is a great idea. He is just a sad Panda.... View
News 1

awc73 - 10 hours ago
Imagine if the ACT government could provide 24/7 public access AEDs to all residents and visitors. No need to bang on the doo... View
Property 8

Nick Sifniotis - 11 hours ago
I want this View
News 15

Michael Weaver - 13 hours ago
Ack was my go-to for anything in Moruya as a sports journo. Fitting tribute for a great bloke! View
News 10

Spencer Hunter - 22 hours ago
Matt Wecker boys could be on here View
Sarah Watt - 23 hours ago
Anthony Billy Watt I’m sure you’re across this... View
Larissa Hutchens - 1 day ago
Marshall Amelia they definitely would. Tim could take them 😝 View
News 21

Former Liberal Chief Minister Kate Carnell, who formed government in 1995 and again in 1998, says that it's time for...
Property 35

Seven things to do around Canberra this weekend (15–17 February)

@The_RiotACT @The_RiotACT
Art deco elegance and century-old charm are back in Kingston with the opening of Queenies Bar and Good Times https://t.co/svCAn3flWd (37 minutes ago)

@The_RiotACT @The_RiotACT
The Oaks in Woden is the ideal property precinct for Canberrans to use the Federal Government's HomeBuilder grant to their advantage https://t.co/70jE9wSTeR (1 hour ago)

@The_RiotACT @The_RiotACT
Got a Mr Fluffy block near you? It could become public housing under the economic stimulus program https://t.co/vXHlbZSvH0 (2 hours ago)