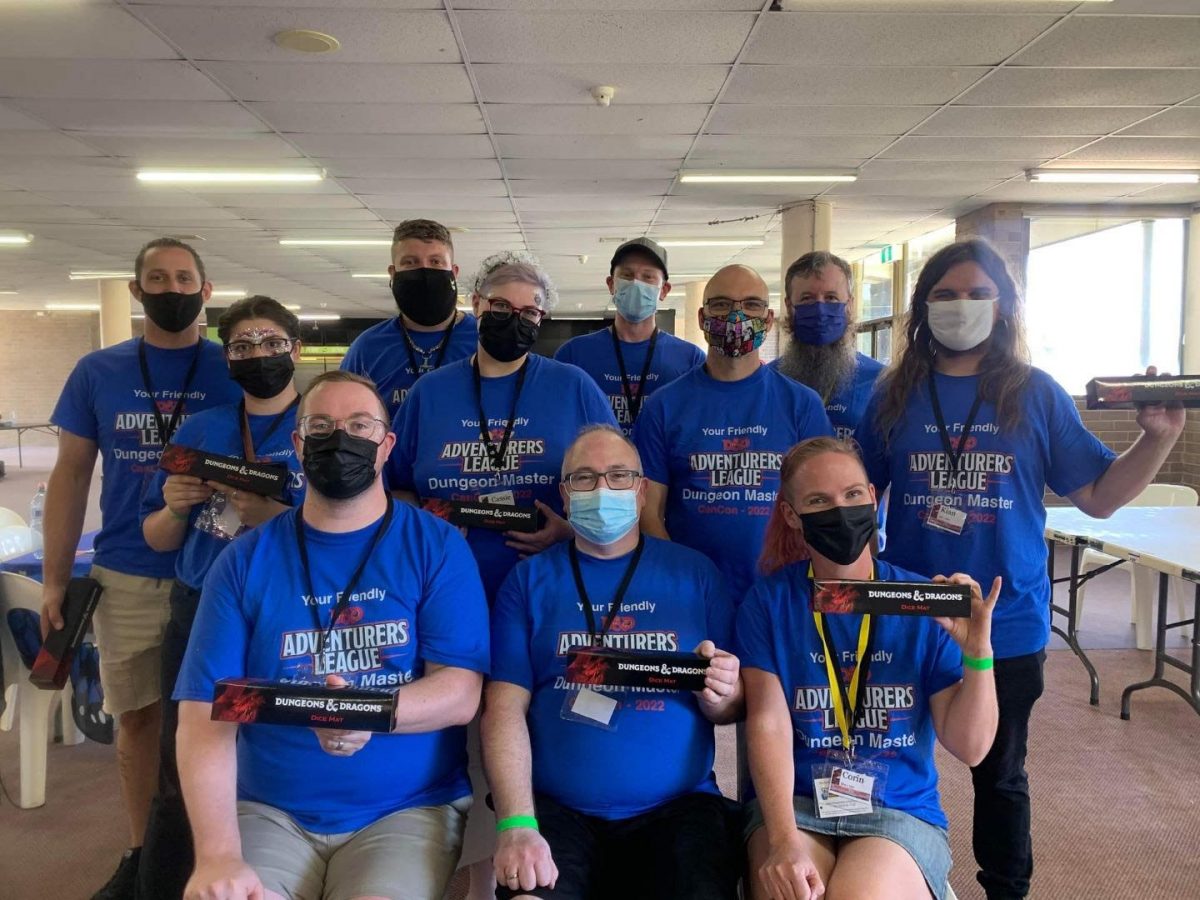 In the world of Dungeons & Dragons (DnD), a blank piece of paper is a universe and the author is governed first and foremost by the “rule of cool”.

So says Tammy Hurley, a Griffith-based Dungeon Master (DM) whose decades of experience will come in handy at Cancon 2023 this weekend, where she will be one of many volunteers facilitating DnD campaigns.

Having been a DM for the fantasy role-playing game on and off since age 16, the now 45-year-old warns not to let the seemingly endless guidelines of the game fool you. Her overarching job is fiendishly simple – ensure all the players have fun.

“If the player is trying to do something really impressive or imaginative and out-of-the-box, I’m all for it,” she says.

“A good DM has typically put in a lot of time and effort into preparation. They might have created a whole world, populated it with characters, they might even do voices. It can be easy to become attached to a particular narrative, but it’s important not to railroad your players.

“Chances are they have also spent a lot of time creating their character, how they look, their backstory, perhaps their mannerisms, how they talk and think – they’re invested. Stealing their agency isn’t in the spirit of the game.”

Several variables govern outcomes in DnD adventures (called “campaigns”) from the roll of the dice to the judgement of the DM and the players’ will. In any scenario, there are as many possible outcomes as the human imagination allows.

Tammy says this is where a vital skill of a good DM comes in – the ability to pivot.

“Storytelling ability helps but flexibility is more important – you have to be able to think on your feet and improvise,” she explains.

“Outcomes are only really limited by the players’ imaginations, and they can be unpredictable. But if you have a DM who can lean into that, you might get some of your most memorable moments.

“Navigating this comes down to the sake of the story and the ‘rule of cool’. If a player wants to do something awesome, the first thing a DM should say is, ‘Describe to me how you’d do that’. “There was a scenario once set in a dystopian, post-apocalyptic world wherein one player wanted to create a transdimensional portal that stretched from the ground to the cockpit of a spaceship. That shouldn’t work, but it was determined by a dice roll, and he rolled a natural 20 (best possible outcome).

“The players were so excited, high-fiving, cheering, slapping each other on the back … It’s for moments like that, we play.”

But, Tammy says, “moments like that” are not exclusively created by victories.

“A great failure is as good as a great success. Like in the first session I ran when I rolled a random encounter on the wrong chart and an ice dragon turned up in the desert. The players mercilessly ribbed me forever for that one,” she laughs.

“In one scenario, the characters saw a figure in a crowd wearing a yellow robe and, believing them to be the enemy they’d been hunting, they shot at them through a crowd of people.

“They rolled the dice and they fumbled. I told them, ‘Through the crowd you manage to hit your target … but you pull back the hood and it was the NPC [non-player character] that has been helping you the whole time’. It was such a dramatic story beat that it stayed with the characters throughout the campaign.”

For Tammy, who was a “really awkward, introverted and shy teen”, DnD offered the ability to assume a persona that provided the social cushion she wanted.

“It was introduced to me as a way to open up, build my confidence and break out of my shell, and it has certainly done that over the years,” she says.

“It helps that the DnD community in Canberra and worldwide is incredibly supportive.”

That community is expected to come out in force to Cancon 2023 where all are invited to join in one-off DnD campaigns run by volunteer DMs and organised by long-time DM Mitch Murphy. 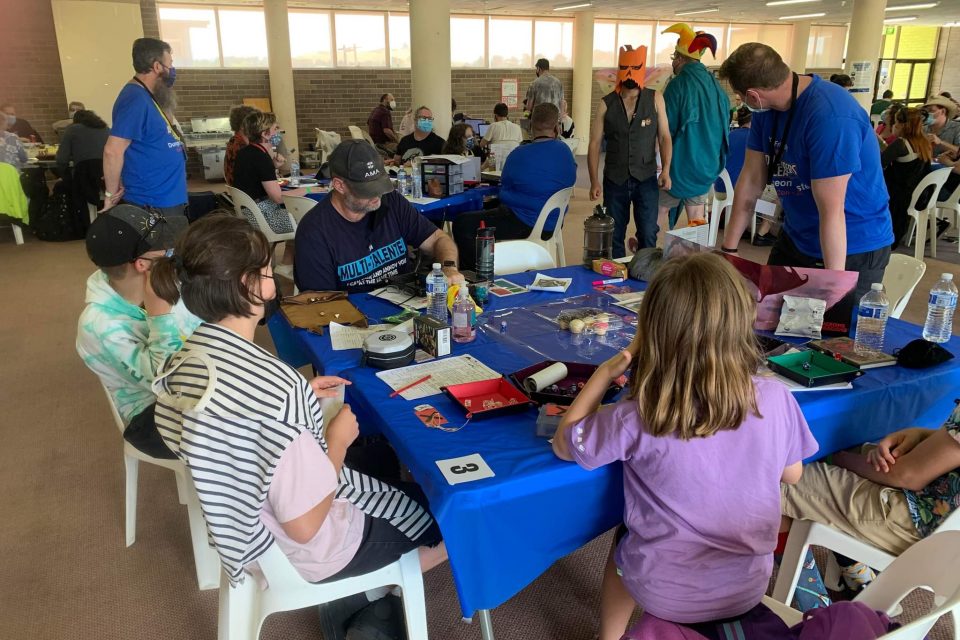 Imagination and collaboration during DnD at Cancon 2022. Photos: Mitch Murphy. 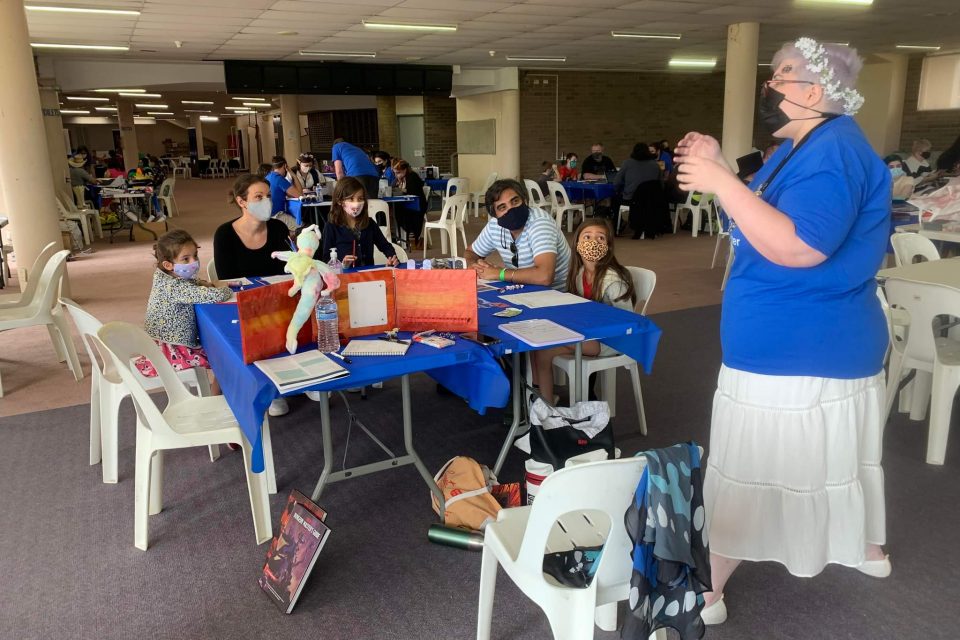 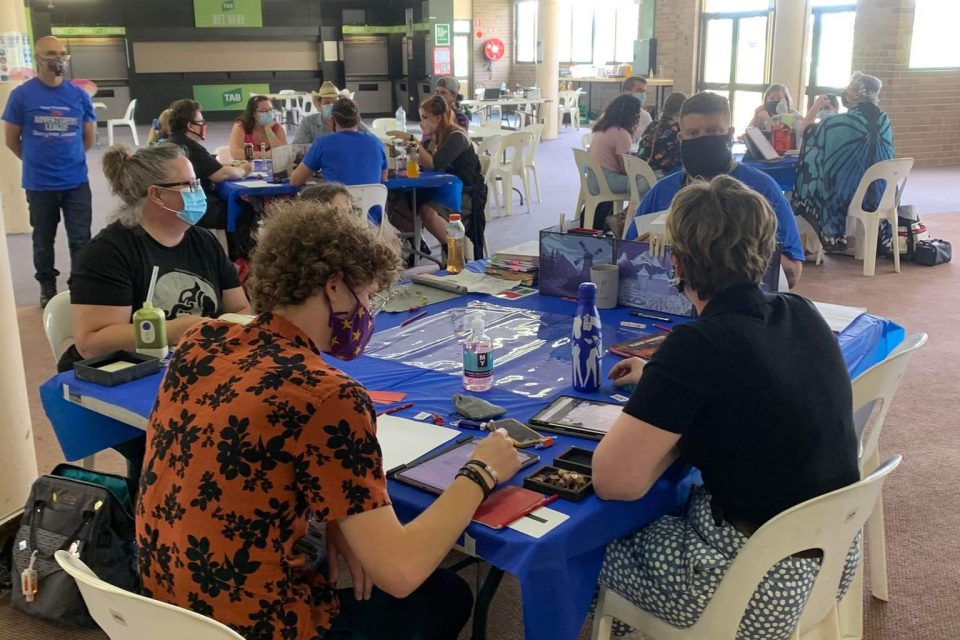 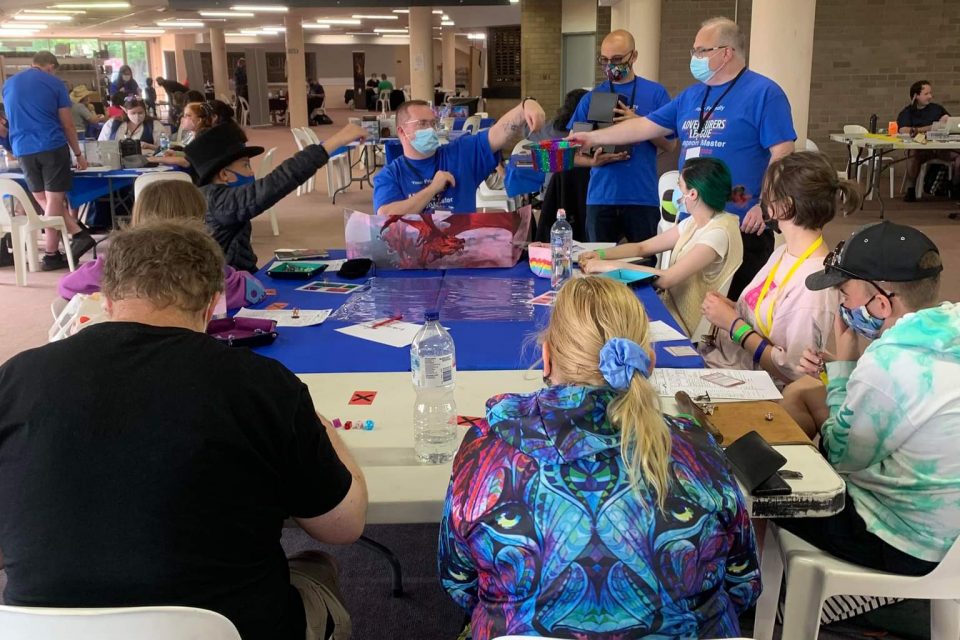 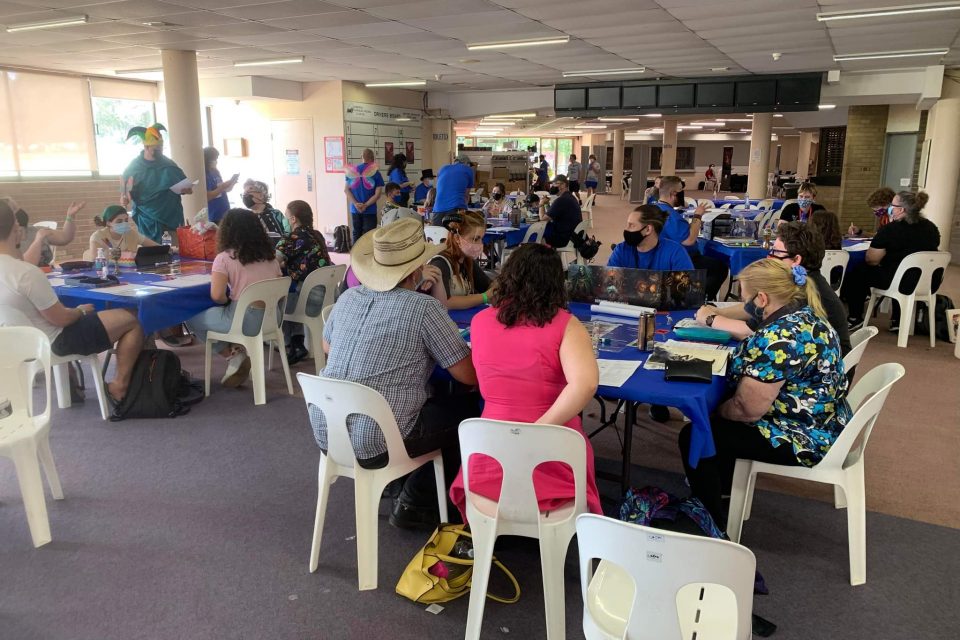 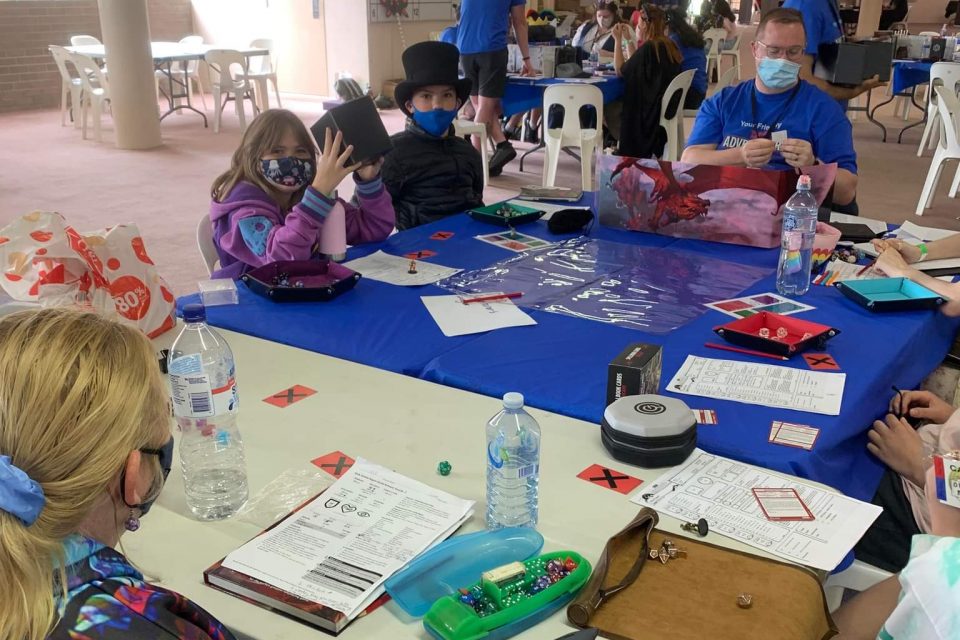 Mitch says players and DMs of all levels are invited to participate in numerous independent adventures or an eight-table “Adventurer League” epic, which will see all players working towards a common goal.

“DMs and players will be well supported, so even if you’ve never heard of DnD before, you’ll be able to play,” he says.

“We have some really fun adventures lined up. In one, the party is enlisted to sort out a giant monster outside the town of Daggerford. And in the epic, this year all the players arrive at the city of Candlekeep to find it under siege, and it’s up to them to save it.”

Those curious to explore the DnD universe in Canberra can start at the Dungeons & Dragons ACT Facebook page or Cancon 2023.