No to bromadiolone isn’t a yes for mouse plague complacency 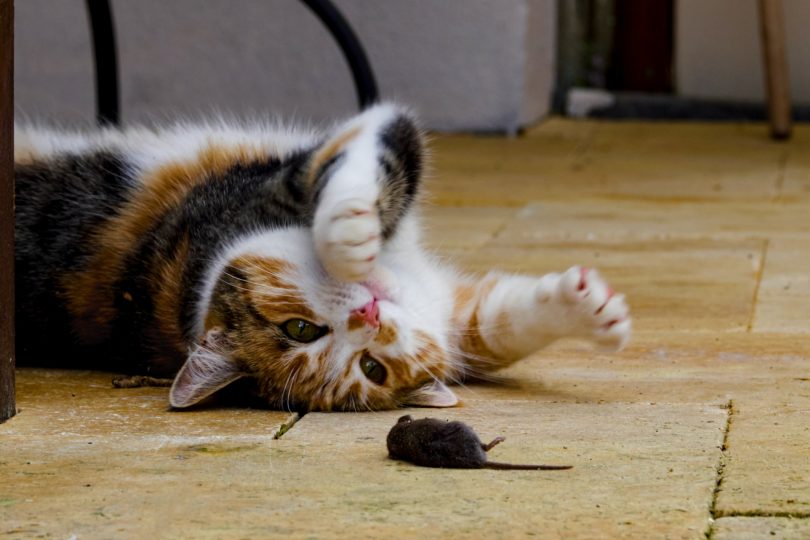 The Australian Pesticides and Veterinarian Medicines Authority has rejected a proposal to use bromadiolone to control the mouse plague in NSW. Photo: Supplied.

The rejection of a proposal to use bromadiolone to control NSW’s mouse plague by the Australian Pesticides and Veterinarian Medicines Authority (APVMA) has been met with relief by farmers and conservation groups.

But the calm should not be replaced with complacency, says a leading ecologist.

Charles Sturt University’s Dr Maggie Watson said she and her peers are relieved at the APVMA decision not to allow an emergency-use permit for unregistered bromadiolone-treated grain in crop perimeter baiting.

“We all campaigned very hard to bring the public’s attention to this issue and are gratified the NSW Farmers Association was equally appalled that the NSW Government was attempting to push through a known dangerous chemical for effectively unregulated use across a large swath of western NSW,” she told Region Media.

But now is not the time for complacency, said Dr Watson.

“Given the risks this plague could re-emerge in the spring if the winter is not cold enough, I would like to bring people’s attention to the strategic approach guidelines as laid out in the document NSW DPI 2018 Ecology and Management of Vertebrate Pests in NSW,” she said.

Dr Watson said the steps outlined in that document should be followed now by farmers in anticipation of a possible resurgence of mouse numbers in spring.

They comprise land management practices to reduce food and shelter availability supplemented by poison bait control as required, including:

In addition, Dr Watson said farmers need to consider strategies to build up natural predators in their area, including protection of rocky outcrops, shelter belts and large hollow trees so native reptiles and birds of prey such as goannas and snakes have shelter and breeding sites. 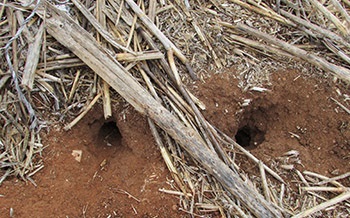 Leading into spring, growers are being advised by experts to remain vigilant, check their crops for damage, and be prepared to bait, preferably with double-dose zinc phosphide. Photo: Supplied.

Grain Producers Australia (GPA) chair Andrew Weidemann has also welcomed the decision saying the NSW Government’s announcement that resources will now be redeployed to provide other key support measures to growers – including giving farmers rebates of 50 per cent on zinc phosphide mouse bait purchases, to a maximum of $10,000 – is the right way forward.

He says GPA will continue to help secure supplies of zinc phosphide in time for spring, which includes providing $5 million from the NSW Government support package to assist with the costs of transporting zinc phosphide to Australia.

“Leading into spring, growers are being advised by experts to remain vigilant, check their crops for damage, and be prepared to bait, preferably with double-dose zinc phosphide,” said Mr Weidemann.

“Our focus is to ensure growers throughout Australia have the right tools to help fight mouse plagues and protect their crops now and into the future because this issue hasn’t been solved overnight and more work is needed.”

BirdLife Australia urban birds program director Dr Holly Parsons said the APVMA has made the right decision in refusing to grant a permit on environmental grounds.

“We still have concerns about the impacts that second-generation anti-coagulant rodenticides have on our wildlife, but are glad that such a mass quantity has been stopped from entering the ecosystem,” she said.

“We note the APVMA has approved six additional permits to distribute zinc phosphide and call again on the APVMA to implement additional monitoring of potential impacts to wildlife from this chemical. 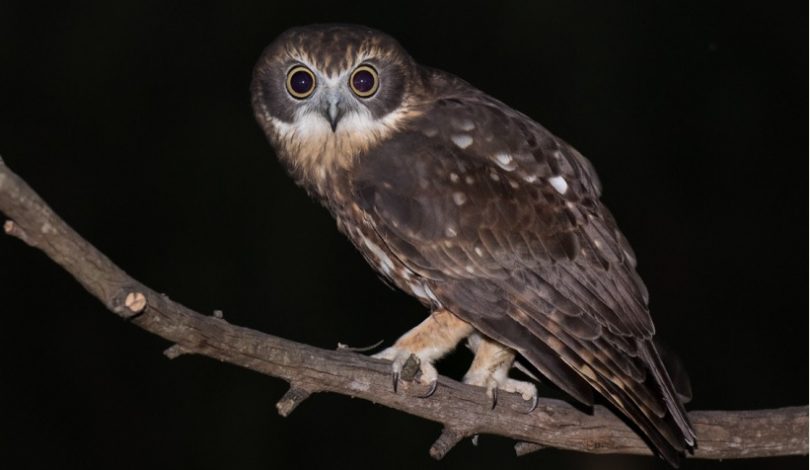 Using traps or getting professional controllers to set mouse baits can help stop owls and other birds of prey from suffering painful deaths from secondary rodenticide poisoning. Photo: Supplied.

“While it does not spread throughout natural food chains in the same way as bromadiolone would, zinc phosphide is still highly toxic and should be distributed with caution.

“We know the mouse plague continues in many parts of Australia and while we try to control the harmful impacts on communities, we need to be aware of the long-term impacts on wildlife.”

BirdLife Australia is also calling on householders not to use second-generation poisons.

“These products are available on supermarket shelves right across the country and people may not know that as well as killing mice, they go on to kill birds and other wildlife,” said Dr Parsons.

“With mice populations in plague proportions, it’s really important that everyday consumers understand there are alternatives to these poisons for use in their homes and gardens. Using traps or getting professional controllers to set baits can help stop our beloved owls and other birds of prey from suffering painful deaths from secondary rodenticide poisoning.”

Greg Myat - 2 minutes ago
Still it would be a shame to cut everything down due to a once in how many years event. View
Mitch Bourke - 32 minutes ago
I was hit by a branch checking the mail on Monday 3 stitches later and an hour on hold to access Canberra for a tree that was... View
Peter Campbell - 2 hours ago
In N. America a study of tree failures found that Euks in general were not any more likely to fail that non-Euks when the dat... View
News 319

Zoe Lewer - 9 hours ago
Bob Foster yep. Us humans sure have made an impact. We are the problem. You are right. The day the people who were invaded ch... View
Joy Gosden - 10 hours ago
Yes. What were they thinking planting them in our suburbs. They drop limbs attract pests and stop grass growing around them.... View
Bob Foster - 10 hours ago
Another deluded hypocrite post Zoe Lewer 😂 I'm betting you live in a man made structure....made with either cut down trees... View
show more show less
*Results are based on activity within last 7 days

@the_riotact @The_RiotACT
For Ray McJannett, it's all about capturing memories - whether it's the Tomb of the Unknown Soldier at the @AWMemorial, or the hard life lines in the face of an old shearer https://t.co/kL9LmKKCao (44 minutes ago)