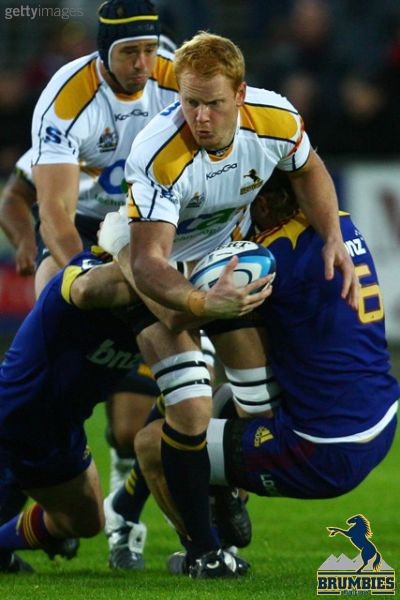 The Brumbies have announced that they’ve had a bit of a win with home grown forward ranga sensation Peter “Noodles” Kimlin (so know for his 2 minute Wallabies debut) deciding the team is worth persevering with.

“It’s been something I’ve had to speak about with my family and manager over the last couple of months but in the end we came to the conclusion that the Brumbies was the right place for me,” Kimlin said.

“There was a bit of interest from other clubs but we are looking to build here in Canberra and it’s exciting to be a part of that process.

“I’m from the ACT and it’s been a pleasure to have played all my Super Rugby here, I’m really looking forward to the next couple of years.”

Jordan Amber - 47 minutes ago
Anthony Gordo the club has to diversify away from gambling based revenue business models and as part of the ACT Government re... View
Peter Morales - 4 hours ago
David Malcolm WTF should they View
Peter Morales - 4 hours ago
The kid's ain't got a chance to voice themselves against a drug and gambling organisation especially when their backed by loc... View
Community 3

@The_RiotACT @The_RiotACT
International students will not be returning to Canberra's major universities until mid-2022, but ANU and @UniCanberra are urging the government to allow them back on campus sooner https://t.co/XSLnGSiakN (43 minutes ago)