The rush is on. New land, new homes and new horizons. But still accessible. That’s Gungahlin.

As the main component of the ACT Government’s indicative land supply this financial year, Gungahlin is attracting buyers armed with record low interest rates and government incentives, including the $25,000 Homebuilder grant for new homes.

Real estate agents and the Suburban Land Agency are all saying that after a subdued COVID-influenced autumn and early winter, the market is bouncing back.

The SLA says it has experienced strong sales rates in recent months as COVID-19 restrictions have eased locally.

”This has been more recently supported by the announcement of the ACT Government’s stamp duty concession, the Federal HomeBuilder grant and the SLA’s landscape rebate on land ready blocks announced on 8 August,” it says.

”Spring often supports buyer sales activity in the lead up to Christmas; however, the sales rates are likely attributed to the introduction of the stimulus measures and a more positive feeling about the ACT property market.” 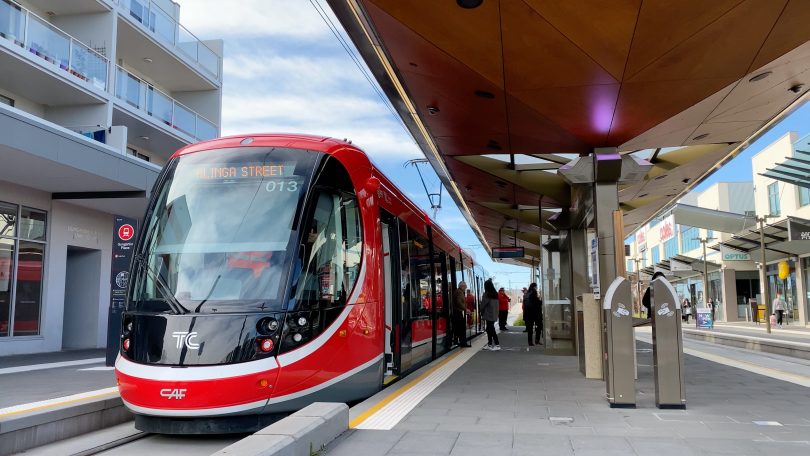 Light rail is a key asset and link to the city. Photo: File.

”Anything that comes on the market is selling,” he said.

”They’re wanting to put down roots sooner than they may have been planning,” he says.

And it’s mostly land and freestanding houses they can’t get enough of.

”People will go to where they can buy and build themselves,” says Mr Hadfield.

The SLA says that in Taylor 489 blocks will be released during 2020-21, while in Throsby last weekend 82 blocks went under the hammer.

Still they come, from as far away as Tuggeranong, looking for somewhere to build that modern, nothing to do, energy-efficient house.

The interest in house and land sales is also spilling over into the established home market.

Mr Mehta says some are weighing the cost of new land with paying a little bit more for something already stranding.

Gungahlin Community Council president Peter Elford says Gungahlin is still in the throes of the great expansion, and some of the areas now being developed are in the low foothills, notably Taylor, and quite attractive.

”The key to Gungahlin is that it’s surrounded by hills and has a uniquely rural character,” he says, pointing to the grassland reserves, and remnant properties such as Gold Creek, Horse Park, Wells Station and Elm Grove.

But it also has fantastic broadband and light rail.

”People forget how well off Gungahlin is for broadband compared to any other part of Australia that has NBN, and that it is almost entirely fibre to the home,” Mr Elford says.

Gungahlin has had its fair share of planning issues but the Town Centre is filling out and more shops and services are becoming available, and a cinema will soon be built.

Government announcements of new schools are also welcome but Mr Elford says no politician should be surprised by the area’s growth.

More releases are to come in Jacka and Kenny, but his concern is that land is running out for things other than houses, such as sporting facilities, child care, recreation and community services.

There is also continued investment in mixed-use development in West Gungahlin with a number of other sites sold this year.

Mr Elford is upbeat about what developers want to achieve.

”The developers are very positively engaged with the community council to share their ideas about what they’re planning. They’re trying to do more than maximise the number of boxes and add vibrancy to the Town Centre,” he said.

The agents say apartments are still selling but with the development along Northbourne Avenue there is stiff competition closer to the city. 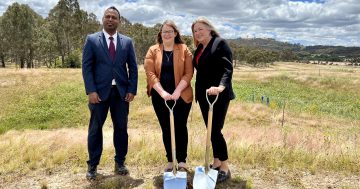