Experts in buying, selling & renting
Your property, your future
11 November 2022

Not just for kids: The story behind the children's book exploring our transition to clean energy 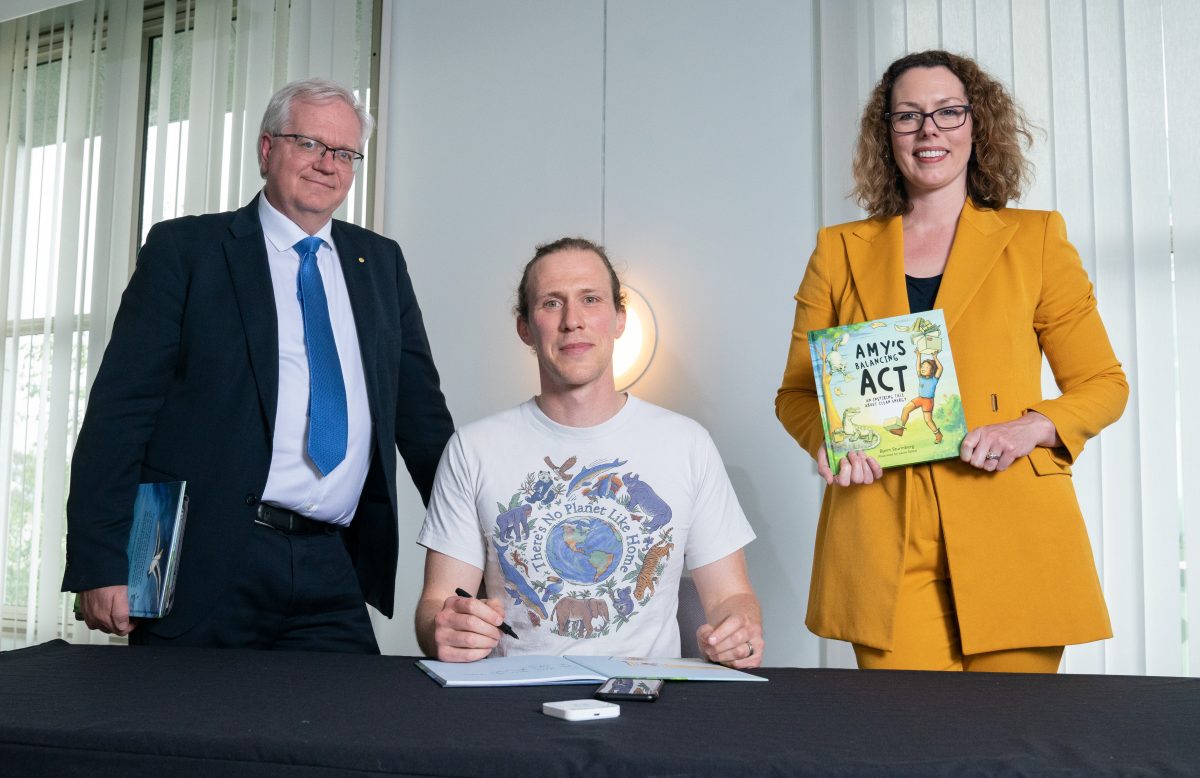 It was an idea which was kicked into gear by the birth of a little boy, and a father’s desire to explain what was happening in the world.

While he always wanted to tell the story of clean energy, it was after watching more hours of Bluey than he’d like to admit that Dr Sturmberg decided a children’s book was the way to do it.

“It’s more than a bedtime fable, it’s an invitation to be respectful of the service coal power plants have provided, while being clear-eyed about the brighter future of an electricity system entirely powered by solar, wind, batteries and pumped hydro,” he said.

“This isn’t a fairy tale, rather a description of the transition already well underway today.”

Through the children’s book Dr Sturmberg hopes to appease concerns and uncertainties parents and the broader community may be having as a result of major changes underway in Australia’s energy market.

“It kind of gets held up by misunderstandings, or just not understanding, which then leads to uncertainty,” he said.

“I believe that a simple, easily understood explanation of the transformation occurring in our energy system, from fossil fuel generation to renewable energy, is vital to building support throughout society, across all generations.”

Dr Sturmberg felt it was important to acknowledge the balancing act we’re all going through in recognising just what we’ve been able to achieve thanks to fossil fuels alongside the emotional journey in accepting the change to the energy space towards renewables.

“It’s not just about learning to balance demand for electricity across a range of resources, but also balancing expectations energy customers expect and need while also not relying as heavily on fossil fuels,” he said.

“The balancing act is crucial, and it turned out to be well suited to the format of a kids book.”

The book was dedicated to his one-year-old son, who Dr Sturmberg hoped could look back at this time and realise the major shift the country was going through in the transition to renewable sources of energy.

“2100 is an important date because it’s the end point of a lot of climate forecasts – what world will they be living in?

“The vision I have is that my son and his generation lives safely in a world that works together on solving the climate crisis, valuing diversity and enjoying the vast potential of low-cost, non-polluting renewable energy sources that we can tap into now.”

Dr Sturmberg said it was a “total dream come true”.

“We need to be building whole parliament support for this balancing act, respecting past energy sources and bringing new ones online,” he said.

“I think we’ve got a positive future ahead of us.”

This is social engineering on steroids written by someone who watches children’s cartoons (Bluey on the ABC). The only fable that will be repeated in this book is the one about ma-made climate change.

How are parents going to explain to their children that the Thomas the Tank Engine (a tank engine is a short-haul, coal burning steam engine) is evil?

No doubt Thomas will be cancelled.

Just more propaganda by the left dressed up as a children’s book.

“2100 is an important date because it’s the end point of a lot of climate forecasts – what world will they be living in?

What utter garbage. Man made climate change is a myth.

Unfortunately if we continue down the path of unaffordable and hypocritical renewables, I do see an apocalyptic future as the divide between the haves and have nots will be greater than ever. And future generations will look back at Rudd, Gillard, Garrett, Turnball, Thunberg, Gore, Albanese, Bowen and every Green Member, Senator and voter ever, as those who very nearly killed off the human race.