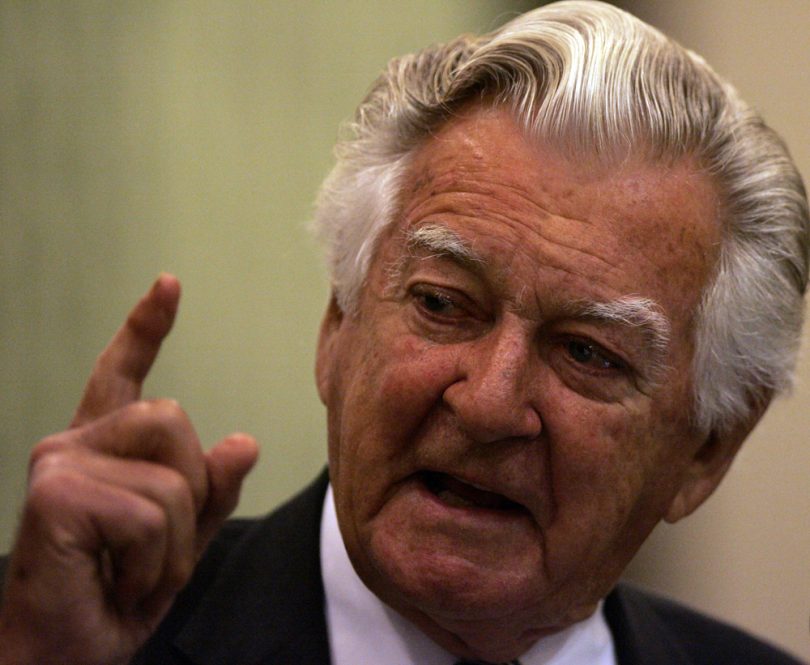 The service will be screened in the House of Representatives Chamber from 11:30 am and visitors are invited to sign the condolence book in King’s Hall.

There will be free entry to the Museum of Australian Democracy for the service and bookings are not required.

Mr Hawke, who died on 16 May, aged 89, was the 23rd Prime Minister of Australia, from 1983 to 1991. He was appointed a Companion of the Order of Australia in 1979 for service to trade unionism and industrial relations.

The 90-minute service will be held in the Concert Hall of the Sydney Opera House, and will be broadcast live on ABC television and radio.

A free event, tickets were issued online on a first-come-first-serve basis.

Members of the public in Canberra can also sign the condolence book in the Marble Foyer at Parliament House, or online.

keek - 1 hour ago
I'd have thought people would be more comfortable with the vaccine that uses a tried and tested delivery mechanism over being... View
News 10

bundyjack27 - 1 hour ago
John, thank you for your kindness and generosity. You embodied the spirit of Canberra. When my husband was sick you'd drop ic... View
News 2

Richard Windsor - 2 hours ago
There is still no rational cost/benefit analysis for this white elephant. Given the choice of busses with the majority of pas... View
Property 6

Scott Bell - 2 hours ago
Affordable housing is needed for people struggling to find rentals View
Bee Bee - 3 hours ago
Since when is canberra a major city 😆 View
russianafroman - 16 hours ago
People with money don't want to live like a sardine, if you work hard and get a good job you deserve space to breathe and abi... View
Community 9

Mark Reedy - 2 hours ago
Sascha Zsigg could be interesting... View
Jenny Page - 4 hours ago
When and where do we get to see it? View
Jackie Hearn - 5 hours ago
Generations follow on ....... View
News 32

Ol L - 3 hours ago
You can make money renting property in Canberra but only if you can negatively gear. Without that there is minimal return ann... View
News 33

How much you need to earn to buy property in Canberra

Ol L - 3 hours ago
And of course waiting and trying to save some more is simply impossible as property values increase faster than any of your s... View
Sport 17

Stephen Saunders - 8 hours ago
In our O'Connor chook pen, gulping eggs, they're definitely blue-tongues. We send them back to join the rabbit plague at Bruc... View
News 10

chewy14 - 8 hours ago
*facepalm* Has anyone even looked at the plans? There are no houses proposed to be built on this area, it's going to be used... View
show more show less
*Results are based on activity within last 7 days

A Canberra father accused of repeatedly beating his wife and choking their daughter will be released from custody after he...
Lifestyle 26

Every year The Guardian runs a readers’ poll for bird of the year, which is effectively a vote for Australia’s...
Community 3

My stretchy pants are on and my stomach is empty. Two things I highly recommend before visiting The Hungry Brown...
News 15

The ACT Government has welcomed a funding injection of $132.5 million from the Commonwealth for the next stage of the...
Sport 17

The ACT Government has promised a greener, safer and passenger-friendly Woden Interchange, with plans lodged for the $35 million project....
Opinion 37

Call-out culture is a phrase that seems to twig the ears of every far-left and far-right keyboard warrior out there...
Food & Wine 10

A well-established wine producer in southern NSW has been given the green light to build a $5 million winery, cellar...
News 10

Feasts for the senses at Parliament House

@The_RiotACT @The_RiotACT
Tributes have poured in for the man known as the "ice cream magician", Mr Frugii, John Marshall, who died on the weekend aged 62 https://t.co/FOipVsvHue (35 minutes ago)

@The_RiotACT @The_RiotACT
The incredible story of a Goulburn man who served jail time for embezzling $2.1 million after a bank error has been captured in a tell-all podcast https://t.co/Fi3riQZmz1 (3 hours ago)