Olympian takes plunge into her own fitness studio 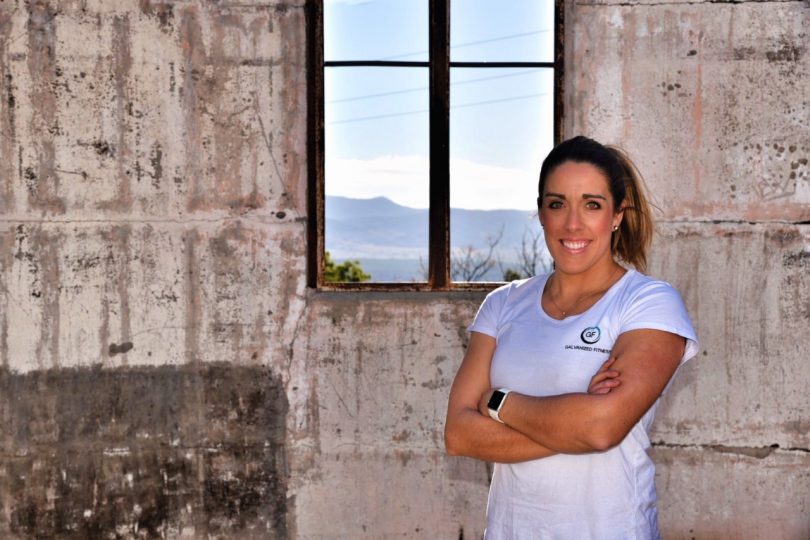 Former Olympic gold-medal winning swimmer Felicity Galvez knows what it’s like to push her body to the limit. She also knows how the training grind can take its toll.

A fun, encouraging and positive environment is how she describes her new bespoke fitness studio in Watson, appropriately named Galvanised Fitness.

“I try to make every training session fun, because it is hard, exercise is not easy,” she says.

In a decade of elite swimming, Galvez competed at the Athens and Beijing Olympics, where she won two gold medals, won gold and silver at the Commonwealth Games, and held three world short course records before retiring at her peak in 2010 after winning gold at the World Short Course Championships.

She joined the Australian Institute of Sport in the nutrition department and married former swimmer Adrian Lemke.

When her two daughters were born, Galvez put on quite a lot of weight and she was determined to get back in shape as soon as possible.

“That was just exercise and eating right, so I thought, wouldn’t it be great to be able to give back to other women and people out there who may not believe that they can get fit and strong and lose weight? ” she says.

It spurred her on to study personal training and take instructor courses while juggling a job and raising her daughters.

For the past three years, Galvez ran casual Galvanized Fitness sessions in Sutton Village where she had clients aged 17-70. “I saw an opportunity in branching out and doing what I truly love and trying to make people stronger and fitter versions of themselves,” she says.

Felicity Galvez with artist Geoff Filmer who with his father Pete painted the mural of Galvez in full flight that adorns her new fitness studio.

Being a small gym gives it a competitive edge, with personal attention and a friendly environment key ingredients.

“I feel that we try to build on getting to know the client and making sure each client feels valued, and when we are in those group classes everyone becomes friends with each other,” she says.

A good reader of people’s bodies, she knows when to say slow down or stop when clients may be pushing too hard.

“At the end of the day the client does have to be self-aware and accountable of how their bodies feel, nobody knows your body better than yourself, but having been an elite athlete myself and having pushed my body to the absolute extreme I totally get that side of it,” she says.

Not only does it prevent injury but it deters people from quitting when they think it’s all too hard.

The star of her studio is a Queenax circuit training system which replicates regular movements such as pulling, pushing, climbing and lifting and allows clients to work at their own pace and makes everyday activities easier with stronger movements. It can be used by about 15 people at once.

In a time when people can be deskbound and missing out on so much incidental movement, it’s a key tool for functional fitness.

“We push, we pull, we get down on the floor, we get back up, we have to hold on to things with our grip strength,” she says.

Also helping Galvez out is former amateur boxer Bess Slater who runs the boxing class, as well as some of the other functional training and boot camp classes.

Galvez has had her fair share of success stories, although to her every client is a success story even if it’s just being able to do exercises they thought were never possible.

One lady in her late 60s diagnosed with 30 per cent osteoporosis was able to reverse the condition just from doing weight-bearing exercises.

“I’ve got clients who can barely squat because their knees are that bad but they still turn up and still give it a go,” she says.

“A lady I helped with chin-ups, and she couldn’t believe she had actually achieved something like that because it is not something that you will ever have to push yourself to do on a daily basis unless you’re given the direction and the support and encouragement to do something like that.

“It’s so satisfying, just like my swimming days winning medals, to see clients reaching their goals and doing things that they thought one day would have felt impossible for them. I just get such a high seeing them succeed.”

For more information visit https://www.galvanizedfitness.com.au/ The first week is a free trial.

A story of love and learning to be an Australian