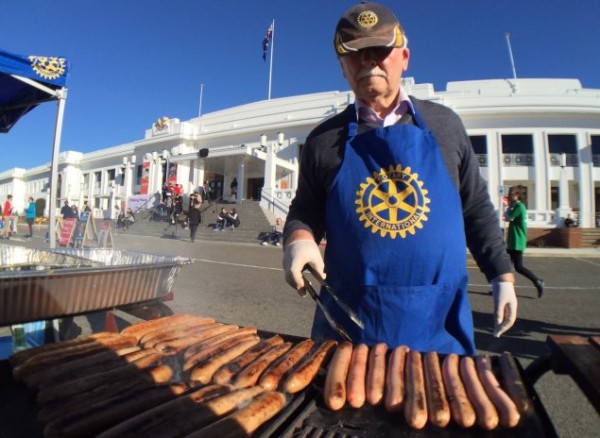 Demand was so high for democracy sausages on election day that some Canberra supermarkets ran out of snags altogether, leaving sizzle organisers scouring shopping centres to replenish their stocks and meet the relentless election day demand. 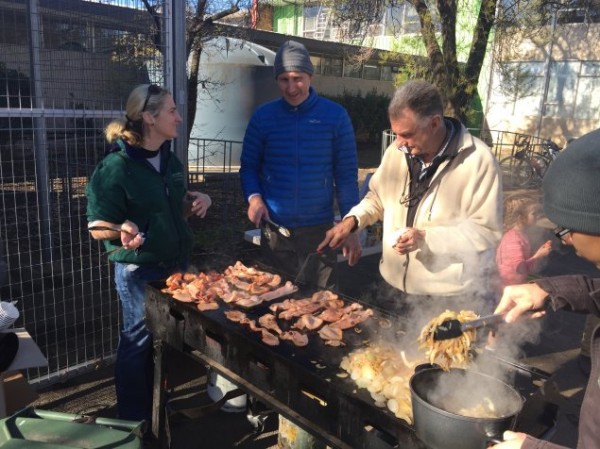 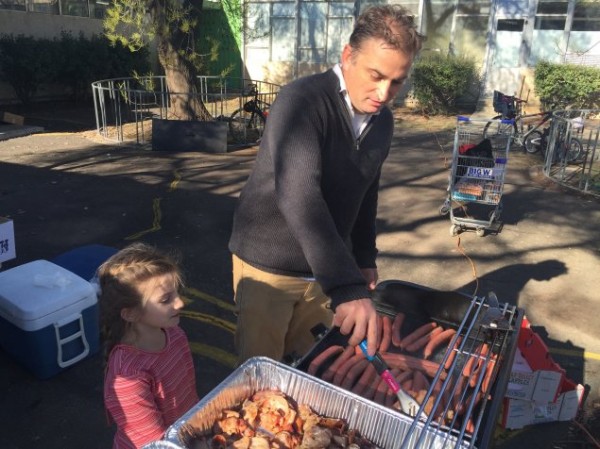 According to Twitter, Australians published one tweet per second featuring the hashtag #sausagedemocracy on Saturday. The #snagvotes and #sausagedemocracy phenomenon even inspired the social media platform to create an emoji of a sausage sitting on a slice of bread for use with the #ausvotes hashtag, and to publish a #snagometer depicting the volume of mentions. 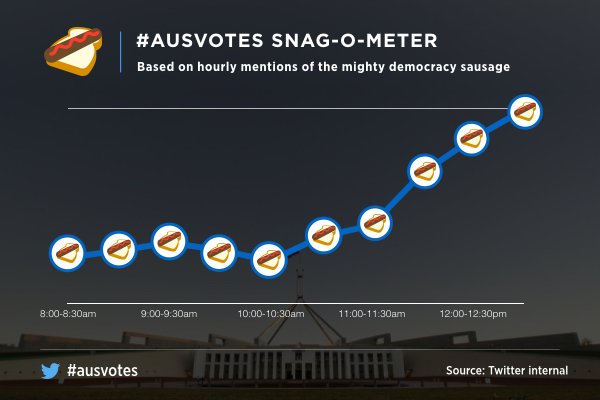 The Rotary Club of Tuggeranong ran the hugely popular sausage sizzle at Old Parliament House and sold about 1500 sausages, according to the Museum of Australian Democracy’s partnerships and travelling exhibitions coordinator Greg Parish. He rolled out the polling day event at Old Parliament House and said it had been such a success the Museum would offer the service again at future elections. 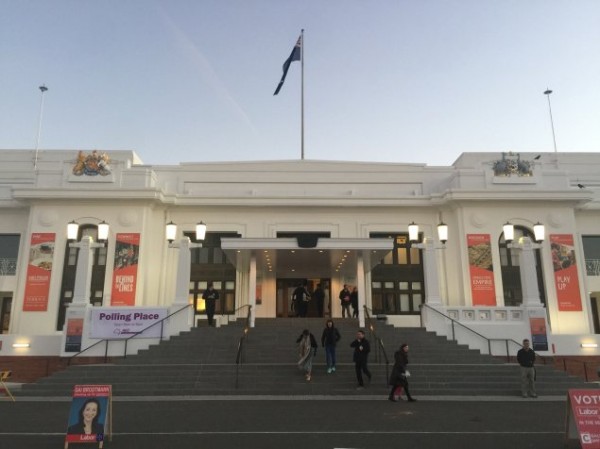 Mr Parish said the food stall had served beef, gluten free and vegetarian sausages with a variety of sauces including the usual tomato and BBQ plus more exotic options like piri piri sauce. There were also bacon and egg rolls, steak sandwiches and soft drinks.

ABC journalist Siobhan Heanue, who gave us permission to publish the photograph at top (all other photographs are by Charlotte Harper), posted a video of the queue for the sausage sizzle on Twitter:

More than 7000 people have voted so far at Old Parliament #Canberra. This is just the snag line! #ausvotes @abcnews pic.twitter.com/SabXaRXsQz

Mr Parish said the organisers started setting up at 7am and wrapped up at about 4pm. The queue had been long at times during the day, at about 30m-40m, but had moved relatively quickly due to the sheer volume of snag stock they had on hand.

“One poor very dedicated Rotary Club member had gone to all these different venues to try to round up more sausages but was so exhausted by the end of it, she’d already done two runs and on the third run we just weren’t sure whether she was going to go for the third.” 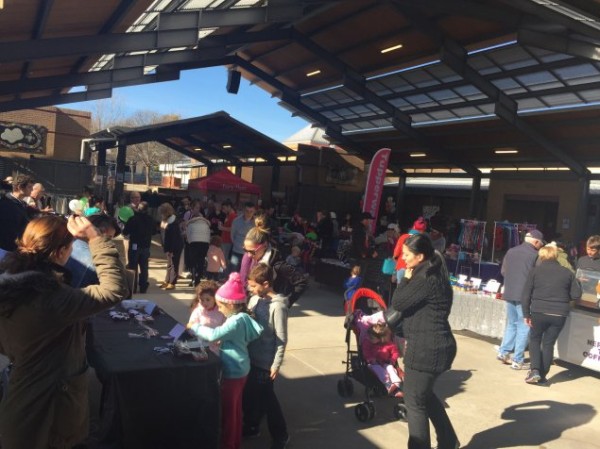 We checked out sausage sizzles and food stalls at Gordon Primary, Turner Primary, Lyneham Primary and Telopea Park School and have polled voters we’ve spoken to since on their picks of the sizzles. 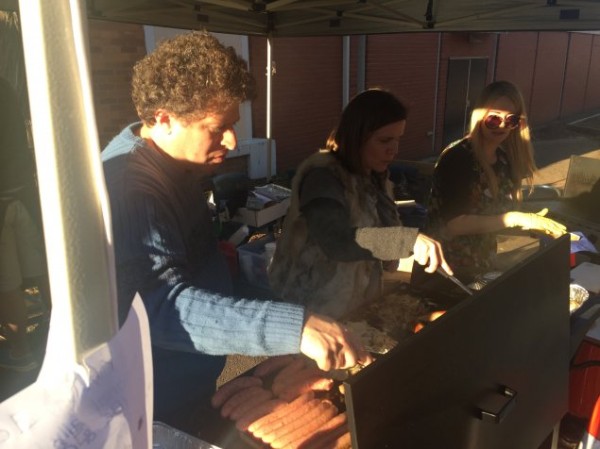 All reports indicate the mega-sausage sizzle at Old Parliament House would make a deserving winner for our Best of Canberra: Polling booth sausage sizzles crown, but taking other views into consideration, we’ve decided to award the prize jointly to it and one other booth: that at Lyneham Primary School. The community spirit on display at Lyneham made me want to move to the suburb so my kids could attend the school. The cake stall was their piece de resistance. A vanilla cupcake with hundreds and thousands was perfect. It made my day. 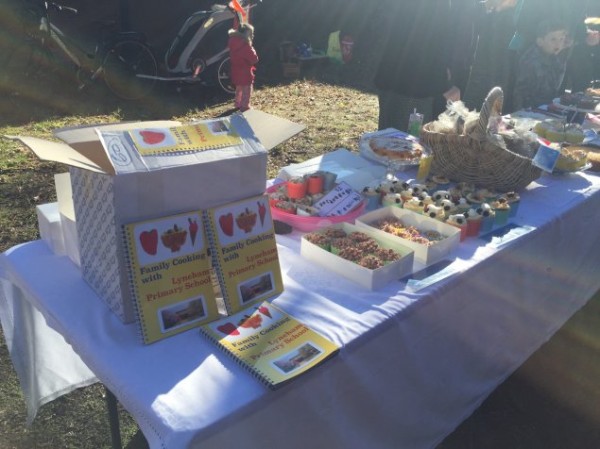 Chief Minister Andrew Barr also visited Lyneham Primary on polling day and said this morning that while he hadn’t bought a sausage at the booth, he went the cupcake option too. 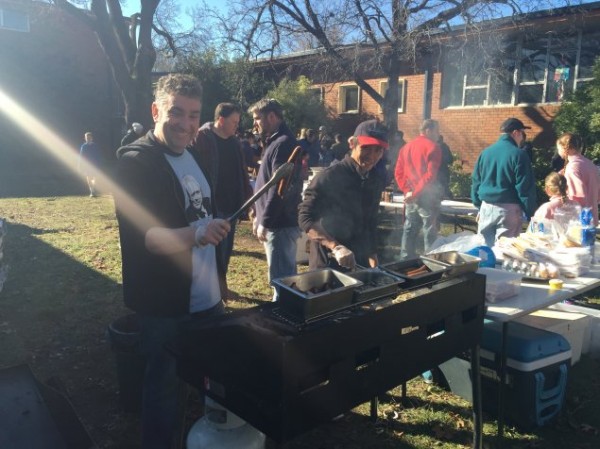 “I did a run on the red cupcakes at the stall, there seemed to be a bit of a contest between the red ones, the blue ones and the green ones. I bought a lot of red cupcakes. A big swing,” he said. 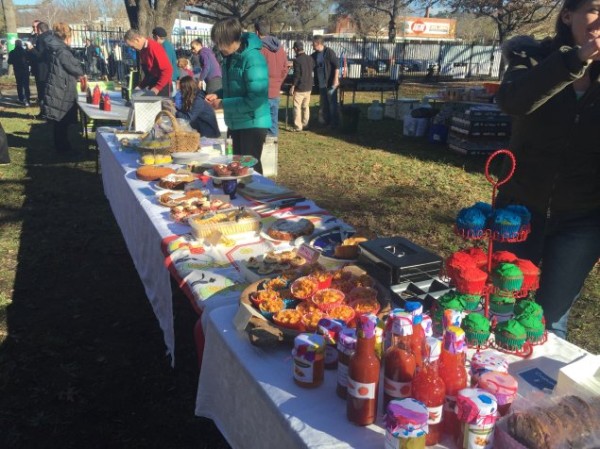 How were the snags where you voted? Did we miss out on some award-worthy cakes stalls and sausage sizzles elsewhere in Canberra on Saturday? Let us know, and share your photos on our Facebook page. 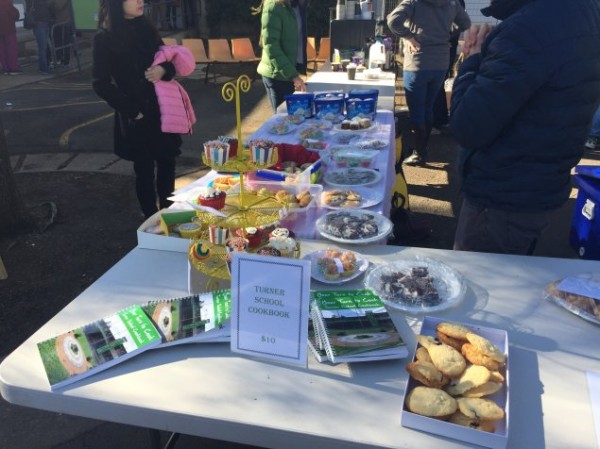 Curtin primary had some excellent snags, just the traditional with onion and sauce, no vego options, but for some reason they are right, they just taste better on election day, don’t know why but it’s true. I had 4 in the 6hrs I was at the booth!

Yess! they were beautiful 😀

Curtin primary had some excellent snags, just the traditional with onion and sauce, no vego options, but for some reason they are right, they just taste better on election day, don’t know why but it’s true. I had 4 in the 6hrs I was at the booth!

Chris Cross - 22 minutes ago
Layla Barry almost $1 TRILLION and counting, courtesy of Federal Liberals, who almost scared the nation into recession with t... View
Pam Wood - 3 hours ago
Another rort in progress View
Jason Preston - 16 hours ago
Buying your vote with your kids View
ACT Election 16

Jeff Smith - 22 minutes ago
Darron Marks The school closures in the South are not just as simple as 'the area no longer being a nappy belt'. Schools in t... View
Darron Marks - 7 hours ago
Schools being closed I would assume is a direct reflection of the change from the Southside being the former nappy belt of th... View
Evan Hawke - 8 hours ago
Darron Marks Yep, as the Government has been putting in great infrastructure in Gungahlin they have been downgrading the infr... View
Lifestyle 9

Fito Ferrari - 2 hours ago
Lake Burley Griffin should be emptied, land filled and lots of apartments built on it. View
Brent Hutch - 2 hours ago
Gloria Altinger might need to check your maths View
Tom Munro - 5 hours ago
Conrado Pengilley Nothing to do with ACT government. It’s NCA land and would be federally funded. View
Property 8

Jess Peil - 18 hours ago
This is so exciting! View
Roland De Saxe - 20 hours ago
Great idea for Eden area View
Talla Mc Bogan - 1 day ago
happened in the otways ,, mountain bikes took the moto tracks ,, they only use a small area though ,, so plenty of moto track... View
Opinion 32