Orroral Valley up to De Salis Creek. Images of Canberra. 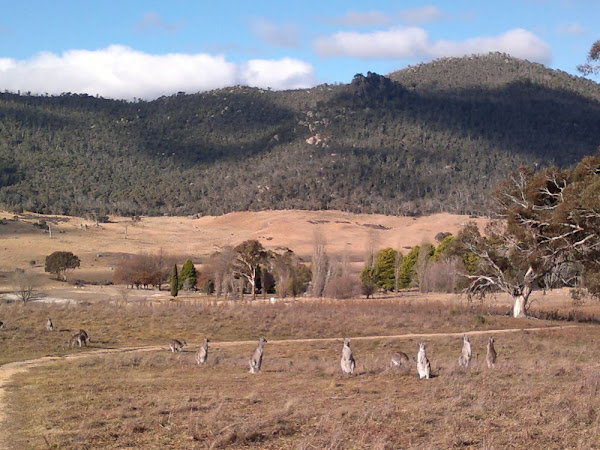 Here are a few I took with my phone on a little pedal that my wife and I did yesterday from Orroral Valley up to De Salis Creek on the Cotter Hut FT. 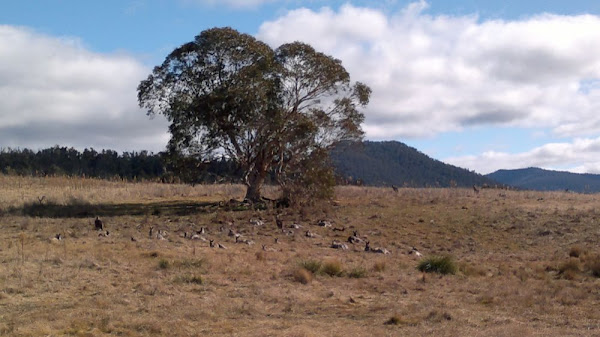 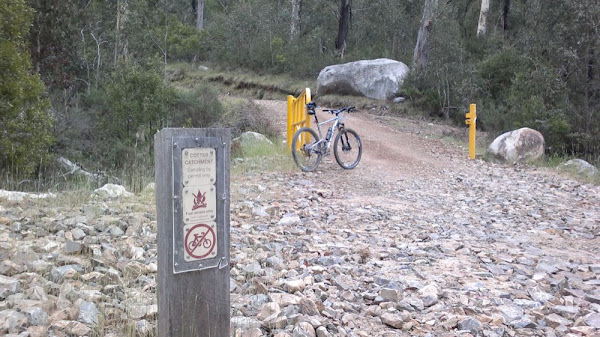 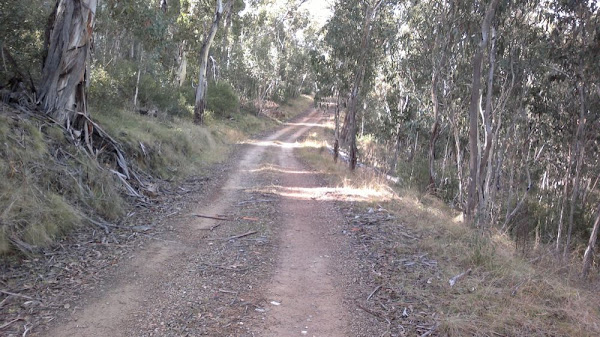 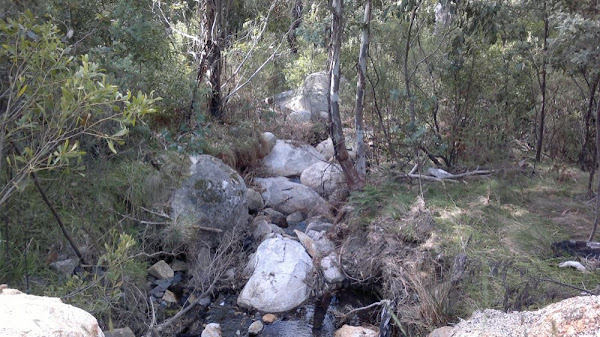 Nice, it’s looking quite nice down there judging by the first two photos. Was there back in December and shocked by how long the grass was and overgrown the paths were. You could just see the roos ears poking out the top of the grass.

Plenty of roos to keep it down, that was one of about 3 groups we saw along the valley.

😀 Pretty good shots from a phone!

Nice, it’s looking quite nice down there judging by the first two photos. Was there back in December and shocked by how long the grass was and overgrown the paths were. You could just see the roos ears poking out the top of the grass.

I’ve never worked out why the Cotter Hut FT is officially closed to bikers. Nor, for that matter, the Mount Franklin Road.

Always been a few bike tracks in the gravel when I’ve been up there though….

Bimberi wilderness & the head waters of the Cotter River is the reason. Seeing as the Cotter is one of our main water supplies I would say the reason is to reduce environmental impact BUT they still let campers in there???? Also a bulldozer had been in there recently to clean the roads up, they were in great condition……..

Riding a pushbike on formed roads makes little to no impact (which was palinly evident) compared to say deer (planty of evidence of those) I wild dogs (plenty of dog poo along the track).

Anyway, I am a coast boy, I dont really miss it that much, lurv the mountains!!!!

I’ve never worked out why the Cotter Hut FT is officially closed to bikers. Nor, for that matter, the Mount Franklin Road.

Always been a few bike tracks in the gravel when I’ve been up there though….

That whole area is pretty damned nice. Some good hiking and MTB riding. It is a real pity Rowley’s (sp?) Hut burnt down a few years back.

The area that was formerly known as the tracking station is a great place to fly a kite, too.

It was a “not so lazy Sunday afternoon”.

Byron Carn - 21 minutes ago
i don’t care what’s being built. It’s just always suss to me how many projects these guys keep getting View
Ashley Wright - 33 minutes ago
Byron Carn if you are so worried how about you stump up the money to buy the property on the open market and building somethi... View
Ashley Wright - 34 minutes ago
Robert Honeybone Snr have you seen what is there now? The picture is in the article. It’s a rundown slum now! View
Community 13

Ric Hingee - 42 minutes ago
Boycott the landlord. View
John Brinsmead - 17 hours ago
wonder when we'll see a da for an 8 to 20 story building. View
News 43

Ken Chau - 2 hours ago
Why Dickson?! How about O’Connor or Ainslie? View
Alex Elliott - 4 hours ago
How can Braddon and Dickson get $14 million combined and the single bus depot building get $6.5 million. I'd like to see how... View
Ian Daun - 14 hours ago
How about replacing the letter boxes that have been removed. View
News 24

Elroy Jones - 6 hours ago
If you'd like to live in a rural setting then perhaps consider moving away from the city. View
Property 5