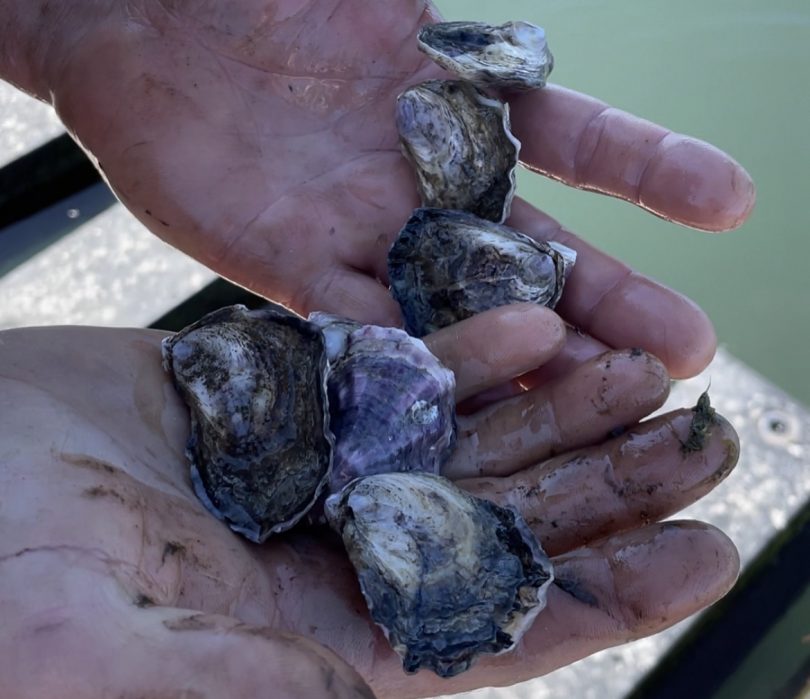 South Coast oysters are still on the menu for Christmas but continuing wet weather could see them in short supply for the New Year.

Oyster farmers in Merimbula and Batemans Bay say they have enough oysters to get through to Christmas Day, but if rain keeps falling they may be unable to harvest enough for the wider holiday period.

Recent floods and high rainfall have seen water quality in the Clyde River drop, stopping production at one of the busiest times of year for suppliers.

When heavy rain hits, oyster harvesting comes to a temporary halt due to silt and other runoff affecting water quality in coastal river systems.

Jade Norris, owner and director of Wray Oyster Shed in Batemans Bay, says harvesting may not resume in the Clyde River for some time due to the water quality.

“We don’t think it will open until the new year,” she said. “I’m cautiously optimistic that we may be able to harvest before then, but that may just be my Christmas spirit.”

Ms Norris says enough oysters have already been harvested to get suppliers through to the Christmas holidays as Sydney Rock Oysters can survive out of water for two weeks.

“We will have oysters which have been opened for Christmas, but we won’t have any shut oysters,” she said.

Wray Oyster Shed has also made use of live storage tanks, which store a certain amount of oysters using river water at the correct temperature, to keep stock flowing while harvesting is temporarily halted. 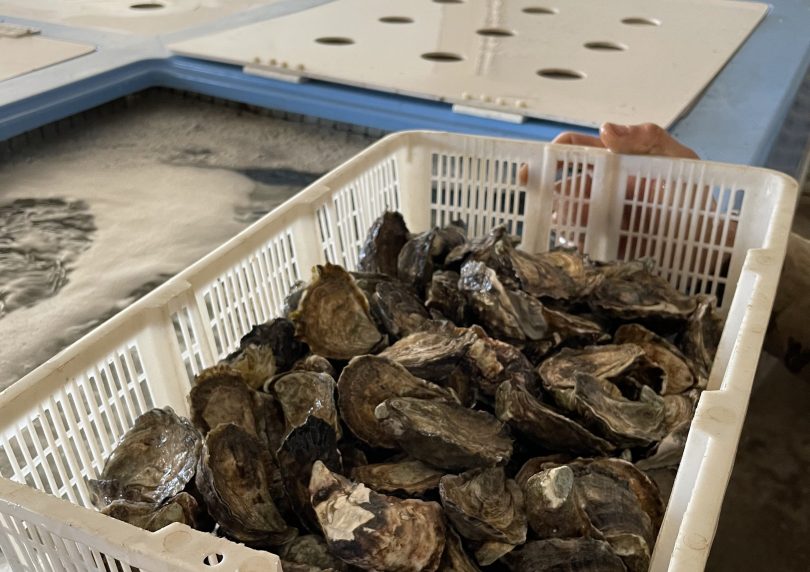 However, if heavy rainfall continues to affect harvesting, fresh oysters may not be available during the New Year’s public holidays.

“It’s a shame because we were hoping for a good summer,” Ms Norris said. “Christmas profit is what gets us through the quieter seasons, but this summer has not been ideal.”

In Merimbula, the story is very similar however there is a glimmer of hope.

Oysters in Merimbula are harvested at Merimbula lake, which is fed by only one small creek catchment leading in from Merimbula Bay.

This means, when heavy rainfall occurs, oyster harvesting is halted for a shorter amount of time, due to runoff from the smaller catchment creating less debris and dirty water.

Dominic Boyton, manager at Merimbula Gourmet Oysters, says they hope to be harvesting oysters before Christmas, if the weather gods are kind.

“I do all the water tests, so I am hoping we will be harvesting again before next Christmas seeing as the only catchment is one small creek,” he said.

Heavy rainfall, however, could stop Merimbula oyster farmers from harvesting in Merimbula lake for up to two weeks.

“There are rivers up the North Coast which are still harvesting,” Mr Boyton said. “I imagine due to harvesting closures, there will be many oyster farms asking them for more stock to get through Christmas.”

Meanwhile the NSW Farmers Association is urging Australians, where possible, to put locally grown oysters on the table this holiday season to support local farmers.

NSW Farmer Oyster Committee chair Todd Graham said it was important to support local farmers, especially after the fires, pandemic and floods, and seafood was a major part of an Aussie Christmas.

“There’s light at the end of the tunnel for the oyster industry,” he said. “We really encourage Aussies to make oysters part of their Christmas festivities and show some love for our industry.”

George Watling - 7 hours ago
Unfortunately uninformed (often self-serving) fear mongering about trees has a long history in Australia and overseas. Every... View
News 49

phydeaux - 9 hours ago
"Trade-offs"? As the great Marge Simpson would say, 'Well, duh'. I already covered an example of that in relation to distanci... View
JC - 9 hours ago
They don’t need a QR code system to track you. Anyone who carry’s a mobile phone, even a dumb one can be tracked if the g... View
TheSilver - 11 hours ago
Couple of short points as I don't have much time today: Science publications are currently going through a replication crisis... View
Food & Wine 39

Noel Benjamin - 11 hours ago
A policy resent for the education sector has been required since the Howard government when education was commodified. The ed... View
News 3