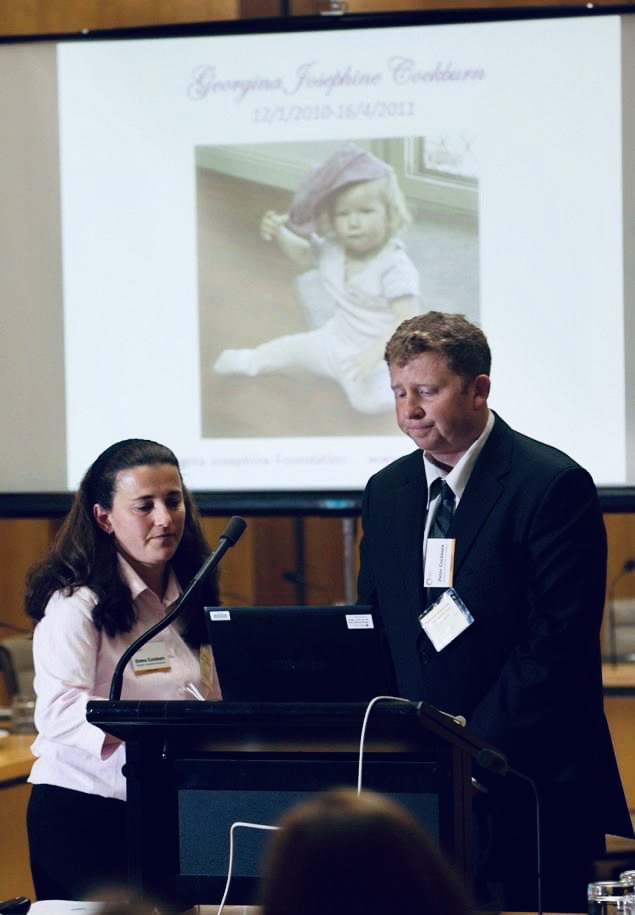 It was nine years ago that Peter and Emma Cockburn from Young lost their 15-month-old daughter Georgina in a driveway accident.

Peter had arrived home from work and was reversing his builder’s trailer into the garage of the family home when the curious tot, the youngest of four children, was fatally injured.

Since then the couple has courageously and doggedly toiled to ensure this type of accident never occurs again.

They established the Georgina Josephine Foundation to highlight the frequency of Low Speed Vehicle Runovers (LSVR). Its logo of yellow ducks and stars honours their little girl who loved to sing ‘Five Little Ducks’ and ‘Twinkle Twinkle Little Star’.

The foundation formulates prevention strategies to help reduce the risk of these tragic accidents, and develop a support network and services for other families.

Emma and Peter’s efforts did not go unnoticed as they worked tirelessly to highlight their family’s life-changing story and the raft of safety measures they were seeking to implement nationally.

The inaugural awareness day for LSVRs fell on 16 April, the anniversary of Georgina’s death. 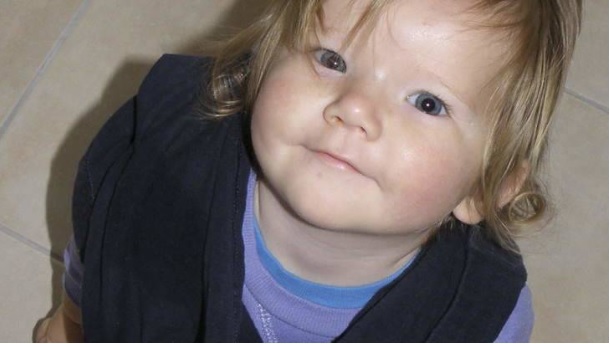 Radio advertisements featuring Scotty Cam, host of The Block, aired in April and October in capital cities across the nation.

Emma Cockburn said the ads have aired for years across NSW via 2SM thanks to a NSW road safety grant but it was support from the Australian Government that took the campaign across the country.

“This year we ran a similar ad in capital cities outside NSW – Brisbane, Perth, Adelaide and Melbourne – in the four days leading up to the national day,” she said.

“It’s the first time we did that outside NSW and we reached four million people across those cities in four days. 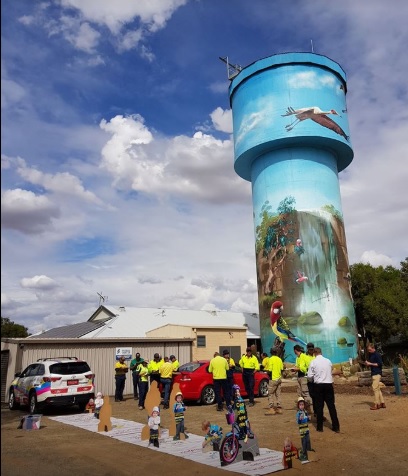 The Cockburns travel throughout NSW and the ACT to spread the safety message. Photo: Supplied.

“LSVRs need to be recognised as something important that people should be thinking about,” she said.

Their plans for a physical display on the lawns in front of Parliament House in Canberra were foiled this year by COVID-19 restrictions but Emma hopes to reinvigorate the awareness campaign on 16 April next year.

“To me, out of sight is out of mind. When people stop talking about it, they stop thinking about it and that’s when accidents start happening again,” she said.

“Making that day an awareness day where it’s talked about on radio and television on the morning shows, when people are getting breakfast, means it’s fresh in their minds before they leave for work.

“And I guess, for me, this hopefully will not be just about children but everyone because LSVRs can happen to anyone, anytime,” Emma said.

In NSW, at least 12 children under 17 years have been killed and 27 seriously injured in driveway accidents since January 2013. Emma said there were just two incidents she knew of nationwide since January 2020.

Former Victorian premier Jeff Kennett was also a victim of a LSVR when he was dragged under his car which rolled backwards in his driveway in 2019.

“There’s nothing we can do to bring her back, but we want others to learn from our experience,” he said.

He said the timing of the announcement, with most of the nation confined to their homes amid COVID-19 restrictions, was perfect.

“In these unprecedented times, we take the opportunity to highlight that out-of-routine circumstances may lead to tragedy,” he said.

Jon Billows - 4 hours ago
Shane Jasprizza respectfully disagree on all counts View
Josh Wilko - 7 hours ago
Mountain biking View
Shane Jasprizza - 20 hours ago
We have some of the best beer, wine and spirits producers in the country. View
Food & Wine 8

@The_RiotACT @The_RiotACT
The ACT is expected to continue its 30-year run of uninterrupted economic growth with the territory expected to grow by 2.4 per cent this year https://t.co/OpgxruIxe1 (1 hour ago)