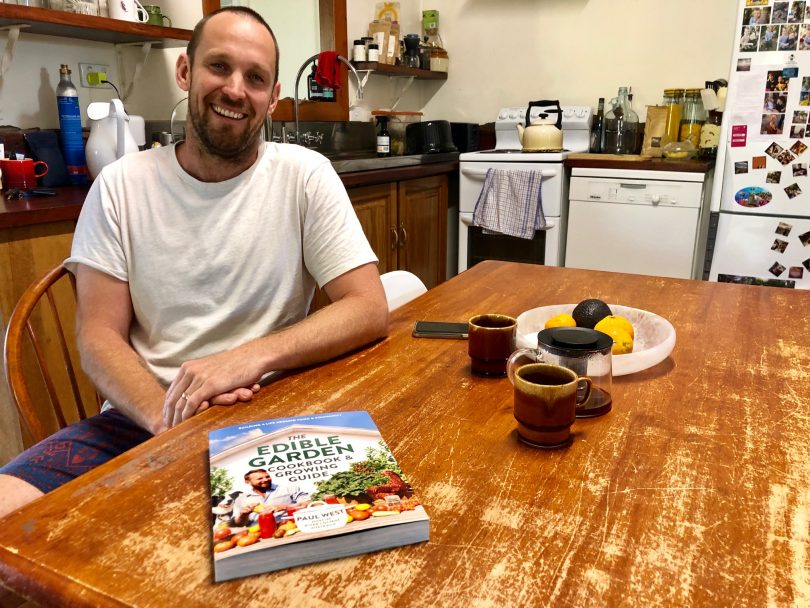 Paul West in his home at Bermagui. Photos: Ian Campbell.

Paul West has become a favourite son of the Far South Coast. The time and energy he brought to the region and its people as host of River Cottage Australia made him so.

Filming on the Tilba-based TV series ended four years ago and having moved away, Paul and his young family are now back in the region and putting down roots at Bermagui, just 24 km south of the old River Cottage farm.

“The whole time we were away we mythologised the South Coast. It served as our North Star to where we wanted to be,” Paul explains while sipping a cup of tea in his Bermagui kitchen.

“After River Cottage finished, my wife and I were a little bit uncertain about our future, as tends to be the case when you become unemployed and we weren’t sure if this was genuinely where we wanted to be or because River Cottage had brought us here.”

Paul, Alica, Otto, Bowie and their famous dog Digger stuck around for a little while after filming ended but the need to chase work lead them to Newcastle and Melbourne.

“We were trying on other areas that had been significant in our adult lives,” Paul says.

“About a year after leaving here we both [Paul and Alica] had the conversation and said ‘no, we definitely want to go back!'” 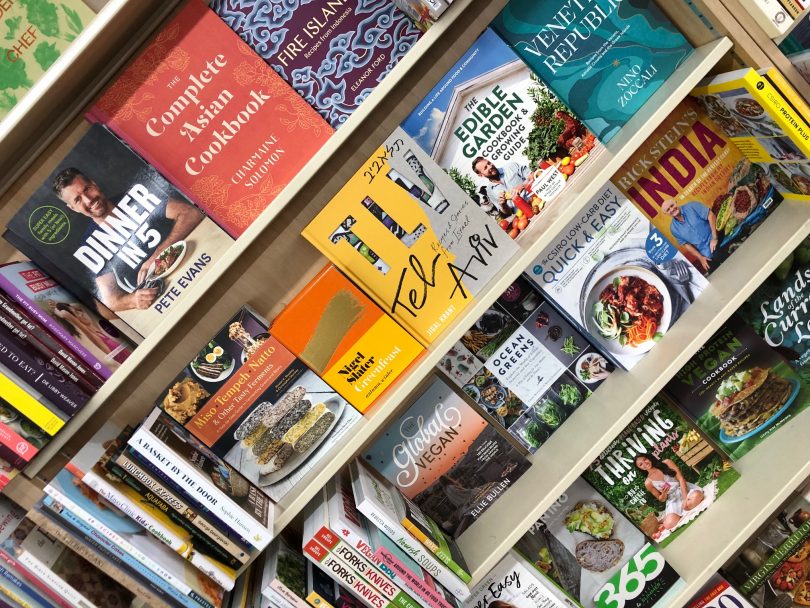 Following the release of Paul’s cookbook and a three-month family camping trip to “shake off the city dust”, the Wests are back in a house they bought during their River Cottage days, just a stone’s throw from Bermagui’s main street.

“This morning, I woke up and went outside to see the sun rising. I could hear the ocean and there’s a Whip Bird that comes and says ‘good morning’, then we fed the kids breakfast, walked one block to drop Otto at daycare, then went for a swim at the beach, chatted to some people, saw some whales breaching, and was back home by 9:30 – that’s the lifestyle on offer here!” Paul chuckles.

Having come from a country childhood himself, Paul wants his boys to experience the same, something that wasn’t on offer in busy Melbourne.

As is the case for many regional families, earning a living is the challenge now. Paul’s new book The Edible Garden is part of that fix, with a second book on the way, as well as regular freelance work with the ABC, and appearances at food and lifestyle festivals and events around the country.

“My family will be here for a long time and I want to be able to contribute to the community in a meaningful and constructive way. How that looks yet – I just don’t know. The dust is still settling for us.”

Having gardened in rental properties for the last two years, Paul’s focus at the moment is getting his own garden going again and producing the food he was famous for growing in the rich soils of Tilba with the nation watching on.

Click play to hear more from Paul, including his sadness at the end of River Cottage Australia…

“River Cottage was the most amazing experience. The program has found such a strong home in the mind of the Australian viewer. The message of that program was so positive and fundamentally human,” Paul reflects.

“To have played a small part in that – I couldn’t be happier.”

The other ‘stars’ of the show all still live locally, including butcher Matt Christison, baker Nelleke Gorton, cheesemaker Erica Dibden and chef Kelly Eastwood. Paul sees the potential in “getting the band back together” and doesn’t rule out having some fun with the RCA gang in the future.

The River Cottage property was sold in July 2017 when TV production ended and is now available on Airbnb for $350 a night.

“People send me pictures of it all the time,” Paul laughs.

“There is a morbid curiosity for me to get back out there but for me the focus now is reconnecting with all the wonderful people.

Erica Dibden is following and building her food and farming ambitions through her family business Tilba Real Dairy.

Amy Blair - A). You can stay at River Cottage as an Air BnB and B). this guy has some books out.

Nicky Vlahovich Mitchell I do love this show. Except for the pig killing episode.

David Holmes there you go!

Veronica Giddings yeah I thought that might be the case

Matt N Amy - 18 minutes ago
That flying fox is really slow. I see older kids pushing each other really hard to swing the seat high up when it reaches the... View
Deb Maguire - 25 minutes ago
Julian Hayes so bloody true!!!!... View
Naomi Hume - 2 hours ago
when i was 7 or 8 i had a accident on the small flying fox and had to be taken to hospital to have 15 stiches put in my chin... View
Property 10

@the_riotact @The_RiotACT
Serina Bird had a dream to sell #secondhand clothing, and thanks to a grant from the @CBR_IN, it's about to become a reality with her new #online community marketplace launching this week https://t.co/w8N5lmRq27 (52 minutes ago)