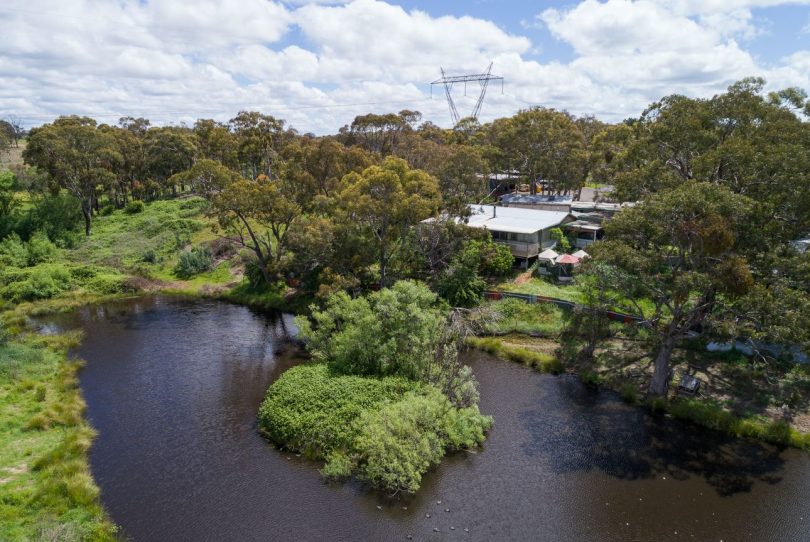 The 40-acre property on the Federal Highway included a pet cemetery and boarding kennels prior to its sale in December last year. Photo: realestate.com.au.

Pet owners who had paid to bury their beloved animals at a pet cemetery at a property that has since been sold are outraged that they’re no longer able to access their pets’ final resting place.

The 40-acre property on the Federal Highway near Bywong was sold in December last year. It had previously operated as a boarding kennel and pet cemetery for 10 years.

While the new owner was aware of the property’s history, Region Media understands they were unprepared for a stream of comments via social media from previous clients who paid to have their pets buried there.

It is not known exactly how many animals were buried at the property, but it is understood that numerous dogs, cats and horses have gravesites and remembrance plaques on the grounds.

The property was listed for sale on realestate.com.au last year and was described as a “purrrfect business opportunity”.

“This property hosts ‘The Canberra Boarding Kennels’, a well known and established business located 22 mins north of Canberra on the Federal Hwy. Purrrfectly positioned for clients and their fur babies. Set over 40 acres of cleared grazing land, the property is ideal for a veterinary, dog breeding or just to own your piece of paradise so close to our capital,” the listing said.

The listing also mentions a number of boarding kennels and a pet cemetery. 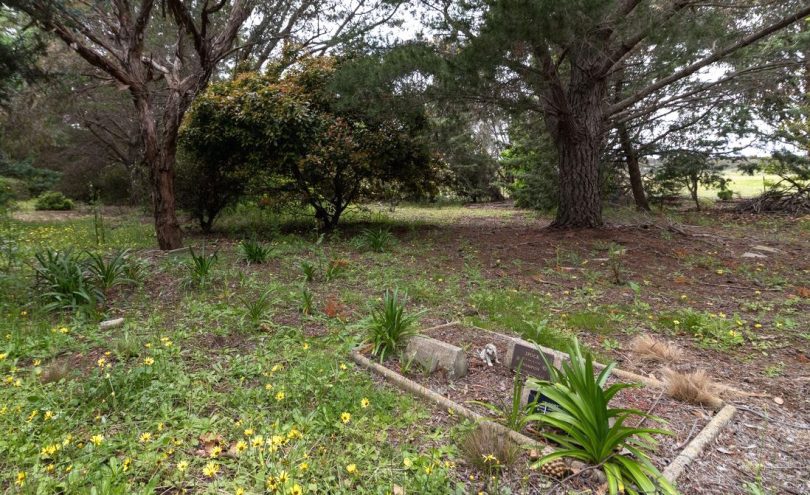 One of the plaques at the property north of Canberra. Photo: realestate.com.au

The new owner of the property, who wished to remain anonymous, told Region Media that one person had tried to illegally access the property, but to the best of her knowledge, no animals had been buried on the property in the past 10 years.

“I don’t have public liability insurance and the person who leapt the fence and then put a post on social media about the property has caused me all kinds of grief,” the owner said.

“I’ve had allegations made that I’m digging up dead animals, which is completely untrue. I’m not digging up any animals. I’m just doing some renovations to the property.”

A social media post on the Canberra Notice Board on Facebook initially stirred the controversy after a pet owner tried to tend to his dogs’ graves.

“There are a lot of outraged people in the comments, including some clients who actually have their pets buried out there,” it read. The post, which published the address of the property, has since been removed by the administrator of the Canberra Notice Board.

The property’s new owner said she had approached Queanbeyan-Palerang Regional Council to discuss the situation, while a Council spokesperson confirmed a staff member had visited the property last week, but did not go on-site because of a ‘private property’ sign at the front gate.

Property files are said to be difficult to access as the area was overseen by Palerang Shire before its merger with Queanbeyan in 2016.

The owner says they are looking for a solution to suit the entire community, and have not had any formal notification from Council they were attending the property. However, they would be more than happy to return plaques of deceased animals to their rightful owners.

“I understand people want to pay respect to their animals. I love animals too, but I understand there’s been one visitor here in 10 years trying to make a scene,” she said.

Is this Chris and Tony’s former place ? They moved on years ago and was unsure if it remained a pet cemetery . A bit tough really that no thought was given to the way this would be all sorted at the point of sale

What is wrong with people that they would think a new owner owes them any access to a private property because of a business the previous owner ran there. It’s about as sane as going into a bakery and demanding a haircut because there was a hairdresser there 10 years ago.

Except it’s not a bakery and a hairdresser is it? It’s something that involves significant emotion for people, and should have been addressed in the terms of sale. Perhaps it was, and time has elapsed since. Perhaps people with animals there became uncontactable. Who knows. One would hope there’s a mid-point solution. If it’s only one person in 10 years, then it’s hardly a huge impost.

If only 1 stranger wants access to your back yard, it’s not a big deal, right? 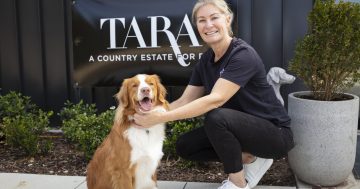