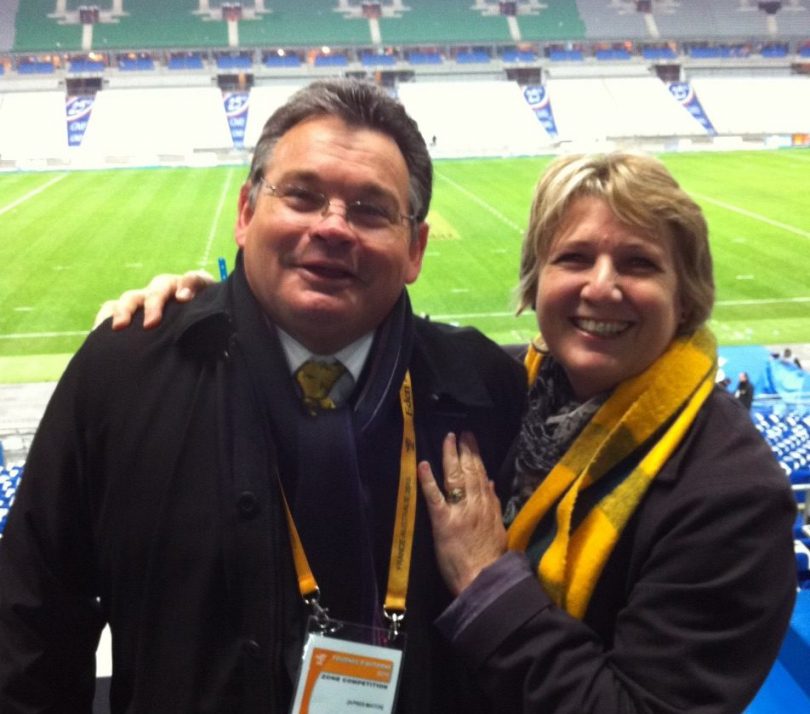 Peter McGrath and Cheryl, his wife of 34 years. Photo: Supplied.

When Peter McGrath’s wife of 34 years, Cheryl, read the citation for his Australia Day honour, her first response was, “No wonder you were never home.”

He was on the road so much during his chairmanship of various rugby union boards that on one occasion Cheryl rang Peter asking him to get some milk on the way home in Canberra. “I’m in Dublin for a meeting,” was Peter’s reply.

His passion for rugby started at Daramalan College to ACT representation, NSW Country and NSW junior representative teams, to playing for the Canberra Raiders in their inaugural season in the NSWRL in 1982.

“I’d switched codes to play under Don Furner at the Queanbeyan Blues and went with Don to the Raiders when they started. Don was great for me. He was very good one-on-one,” says Peter. 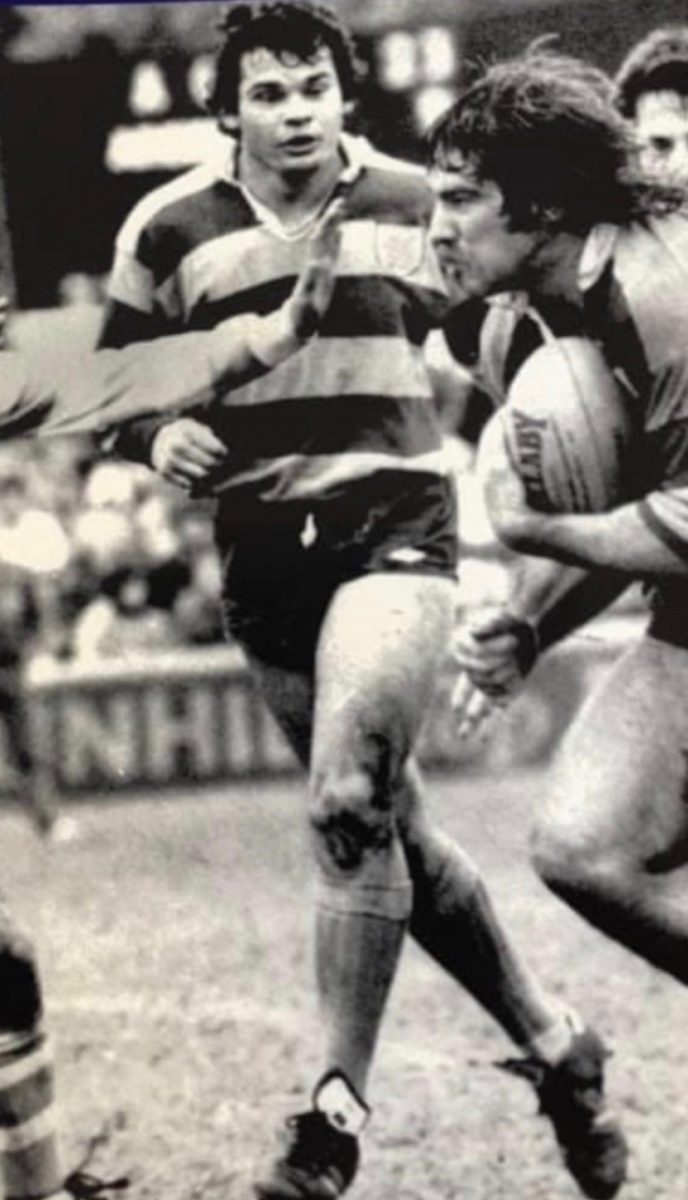 Peter McGrath playing for the ACT against Argentina in 1983. Photo: Supplied.

After his year as a foundation Raider, Peter went back to rugby, completed an Associate Diploma in Valuation before studying law and being admitted as a solicitor in 1994.

His elevation to the board of ACT Rugby came by chance.

“I was out with a mate after I graduated and I bumped into an ACT Rugby board member and was asked if I was interested in joining the board given my experience as secretary with the Daramalan Club and having graduated from law. They said it would involve about an hour a month.”

As it turned out, nothing could be further from the truth. It became all-consuming as rugby was about to become fully professional and the Brumbies became part of Super Rugby.

“The biggest challenge was getting the ACT clubs to accept the Brumbies concept because it challenged their identity,” remembers Peter.

He was also on the ACT Rugby board of management when the name of the new team was put forward.

“When I first heard the Brumbies’ name, I wasn’t fussed about it, but when it was explained to me, I understood the origins with the Snowy Mountains, and it represented the region.”

Peter is also in no doubt about the impact the Brumbies had on the code in Canberra.

“I think the Brumbies coming in was the best thing that’s happened to rugby in Canberra. You only have to look at the number of players representing Australia since the inception of the Brumbies. We are recognised worldwide.”

From the ACT Rugby Union board he went to Australian Rugby Union, first as a director in 2005, then as its chairman. 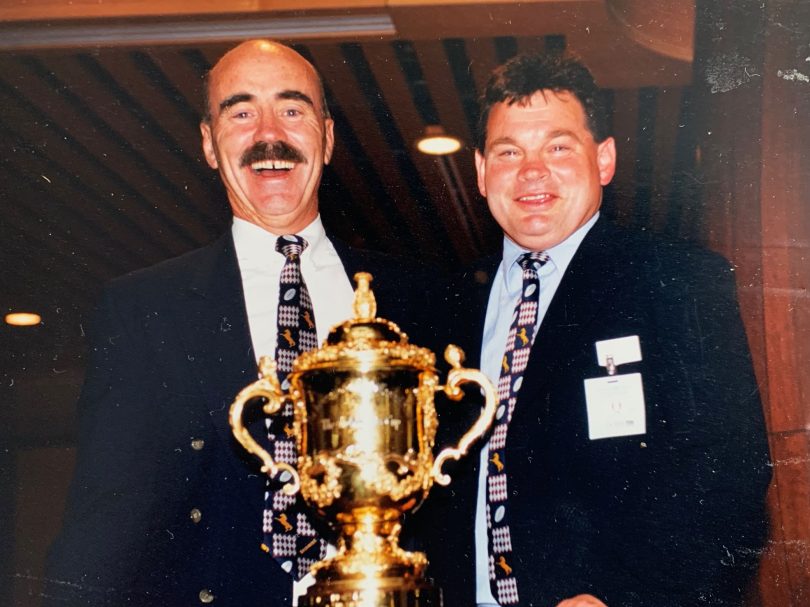 “We had great boards and great CEOs during my time at the Brumbies and the ARU. I learnt a lot from working alongside the likes of ARU CEO John O’Neill.”

Peter no longer has that all-consuming involvement in the game.

And as rugby battles for relevance, he says the Brumbies are leading the way in Australian rugby, but he says the supporter-base needs to be re-engaged.

“We can’t continue to play in front of crowds of 7000 at Canberra Stadium. It’s not sustainable and the team deserves better. People want to be entertained. The football played needs to be attractive.”

Aside from his roles in rugby union, Peter’s Member of the Order of Australia citation also lists his significant contribution to the community as a board member of CIT, the YMCA, Daramalan College and Uni Sport Australia. 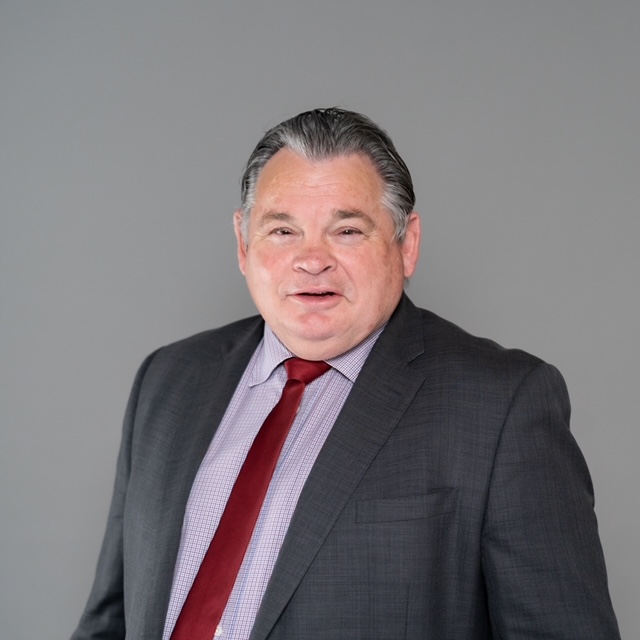 Peter McGrath recognises the significant support he has been given from his family throughout his career. Photo: Supplied.

Peter is quick to point out the support he’s had throughout his career from his family. And he has certainly demonstrated a commitment to the many positions that he has held within the community, as well as a commitment to sport in the ACT.

“It’s a great honour to do something you really love. I loved working with talented people.”

Good to see finally appreciated and an honor well deserved.

Wonderful to see this contribution recognised. Peter not only contributed to these sporting organisations but he also gave up his time for many individuals to mentor their sporting and professional careers.