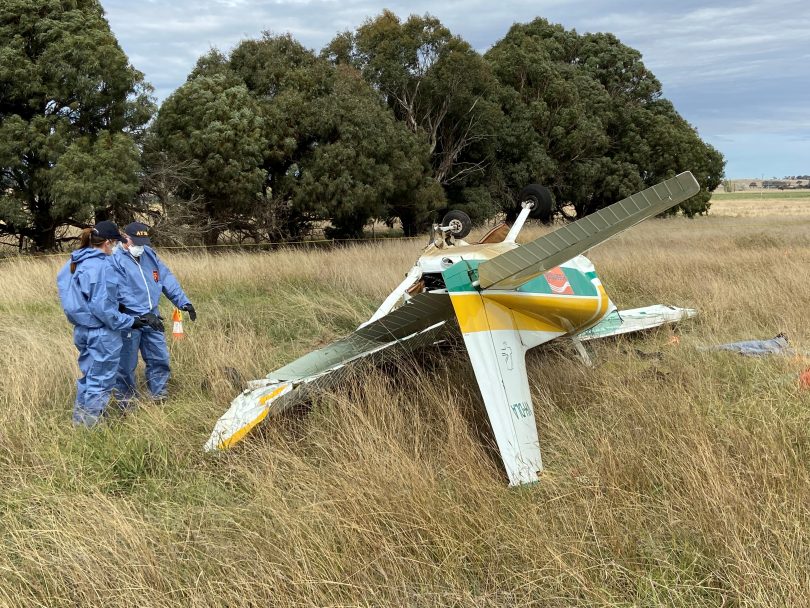 ATSB investigators at the crash site in April. Photo: ATSB.

The pilot of a plane that ploughed into a paddock near Sutton in April appeared to lose control of the aircraft before it went into a spin and steep descent, hitting the ground nose first, according to witnesses.

The Australian Transport Safety Bureau has released a preliminary report from its investigation into the crash of the Cessna R172K light aircraft that claimed the lives of the pilot and passenger.

The 31-year-old male pilot from country Victoria and an 18-year-old male passenger from Albury were surveying power lines on 13 April. They were employed by a family business located near Albury which was contracted to Essential Energy.

The pair left Canberra Airport at 1:30 pm and were due to return before dark, but their 44-year-old plane crashed at about 4:30 pm in a rural paddock on Tallagandra Lane in Sutton. Both men died on impact.

The report says witnesses in the area described seeing the aircraft flying low above the trees before commencing a left banking turn followed by a steep descent shortly before it hit the ground.

“Witness reports indicated that a loss of control and entry into a spin preceded the ground impact,” said ATSB Director of Transport Safety Stuart Macleod. 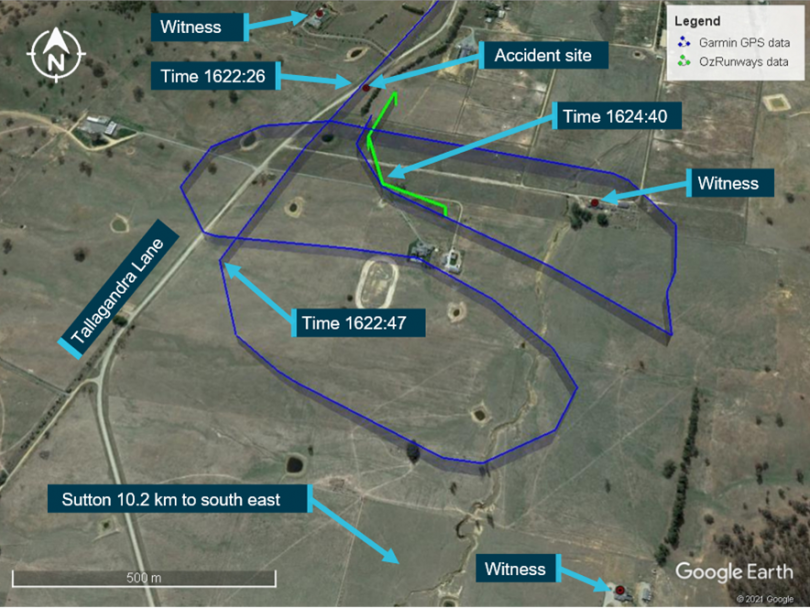 A diagram from the report showing the plane’s last movements. Image: ATSB.

Examination of the wreckage showed that the aircraft hit in a near-vertical, nose-down position, the report said.

He said that the preliminary report did not include any safety findings or analysis, which will be detailed in the investigation’s final report.

“As the investigation progresses, the ATSB will continue to analyse the aircraft’s flight path and recorded data, and review pilot qualifications, maintenance records and the operator’s procedures for conducting flight survey aerial work,” he said.

A final report will be released at the conclusion of the investigation.

“However, should a critical safety issue be identified during the investigation, the ATSB will immediately notify relevant parties so appropriate and timely safety action can be taken,” Mr Macleod said. 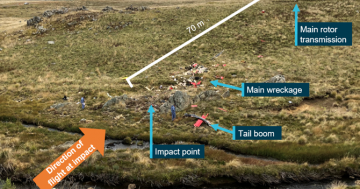 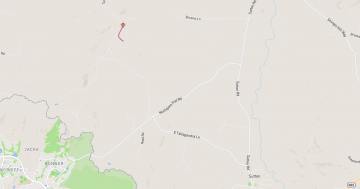 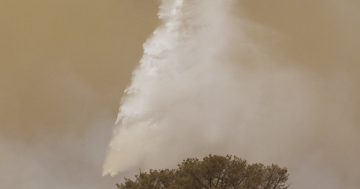 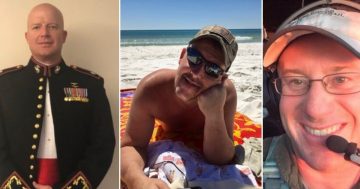 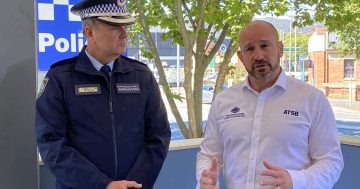