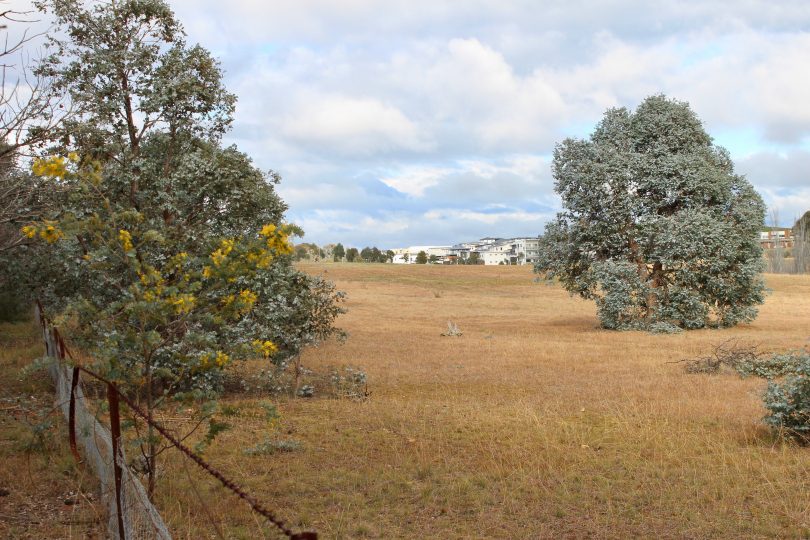 A coalition of conservation groups, scientists, land managers and volunteers has called on Defence Housing Australia to rethink plans to build 570 dwellings on the former Belconnen Naval Transmitting Station in Lawson.

The more than 100 groups and individuals who have written to DHA are concerned that the proposal will damage critically endangered Natural Temperate Grasslands and Box-Gum Woodlands, and related flora and fauna species.

It comes after nearby residents also expressed alarm at the proposed development.

Under the DHA proposal, the 144 hectare site, known as Lawson North, will be developed in two stages, and is currently in the planning and design stage.

About half will be retained for Defence members and their families, with surplus land lots being released for public sale. 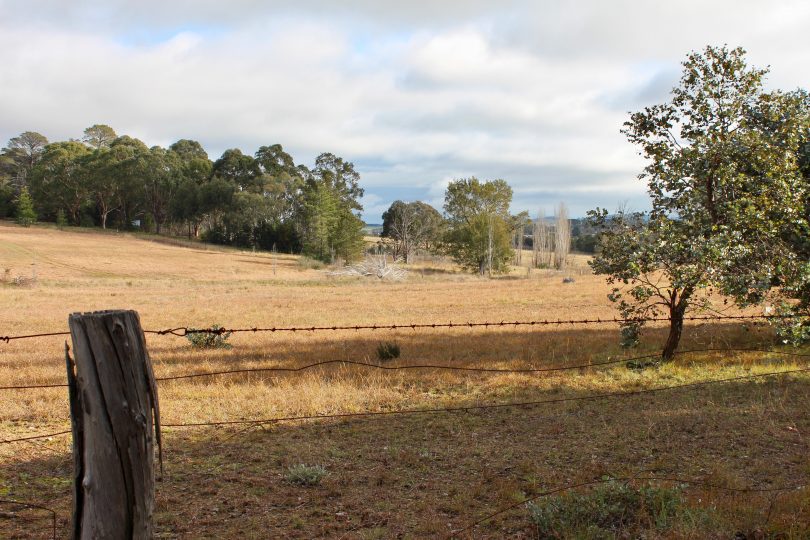 Another view of the Lawson North site.

It says a significant portion of the site will be preserved for conservation, after extensive investigations into flora and fauna, heritage and contamination issues to ensure the site is ready for development.

”The proposed development will provide open space, parkland and community facilities for residents and the wider public to enjoy,” DHA says.

”The design of the proposed estate balances the history and environmental values of the site with residential and community uses.”

But Executive Director of the Conservation Council ACT Region Helen Oakey says North Lawson contains over 100 hectares of Natural Temperate Grasslands, a critically endangered ecological community, and is one of only 13 areas of this size in the ACT, and is the largest such site in Belconnen.

“We know that putting housing near environmentally sensitive areas can cause impacts through people walking on or near grasslands, weeds and garden-escapees spreading, rubbish dumping and domestic animals moving through the area,” she says.

“Defence Housing Australia will be required to seek environmental approval under national environmental laws, the EPBC Act, which is currently under review, and has been widely criticised for being ineffective at protecting environmental values.

“In the context of Australia’s biodiversity crisis and giving consideration to the contribution Lawson North makes to our critically endangered grassy ecological communities, the destruction proposed by this development is unacceptable.” 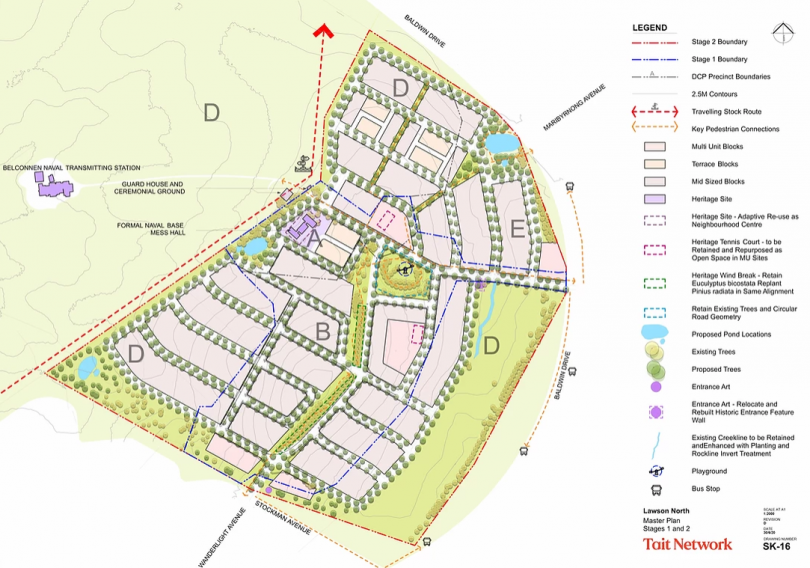 President of Friends of Grasslands Geoff Robertson says that while the first proposed stage of the development will be built on the site of the old Belconnen Naval Transmission Station (BNTS), it will be surrounded by environmentally significant grasslands, and there will likely be detrimental impacts during construction and from the ongoing activities of residents.

“It’s deeply concerning that the proposed Stage 2 of the development will directly destroy the majority of the critically endangered grassland and woodland in the east of the Lawson Grasslands,” he says.

“Stage 2 will leave only a narrow strip of grasslands in the east that will be very vulnerable to impacts from the adjacent residential areas, especially as there are few areas of urban open space identified in the development footprint to encourage residents not to use the grassland for recreational use.”

He says the entire Lawson Grasslands and associated Box-Gum Woodland should be recognised for its ecological, natural and cultural heritage values, and conserved.

“Environmentalists, scientists, and the volunteer community who have signed on to this letter, are clear that this proposal is unacceptable, and we urge Defence Housing Australia to reconsider the development to ensure ongoing protection, conservation and enhancement of what are nationally important ecological communities under Commonwealth law,” he says.

DHA says the proposed development for Stage 1 is consistent with the current Development Control Plan (DCP), which will need to be modified for Stage 2 to expand the area for residential development.

A spokesperson says DHA continues to work closely with the National Capital Authority (NCA), ACT Government and the local community and community groups.

The concept plan application for Stage 1 is expected to be lodged with NCA soon.

Defence housing needs in the region have increased and DHA is seeking to meet this demand at Lawson North.

All these people saying “build it” do realise it’s defence housing. You can buy it as an investment but you can’t live in it. Defence personnel live in them.

Margaret Dudley sorry but no that’s not what this is about. DHA is developing land thy defence already owns. Half the land is will be available for anyone to purchase and build on.

And in a few years you will see the CSIRO land off the Barton Highway being developed too.

Why do we still have DHA as a government organisation? Why wasn’t it privatised years ago?

DHA can buy some blocks in parkwood.

The very thing most people love about Canberra is the bush land we live nearby. Let’s not build on everything and make Canberra like Melbourne or Sydney. We aren’t that desperate yet. I’m sure there are other sites that can be looked at. And perhaps Defence also needs to consider their environmental impacts generally.

There is no need to build these homes on that land. There is already an oversupply of new housing in the ACT and with covid limiting migration the oversupply will only increase. According to the Urban Development Institute of Australia 2,413 new multiunit dwellings were completed in the ACT in 2019 but only 316 of new stock dwellings could be sold. Also there are plenty of other places to build new homes. The new parkwood estate will have room for 5,000 new homes.

Not really. Its high migration to capital cities, the endless marketing of property as a way to get rich, and bank lending practices for developers and buyers that drive up housing prices in Australia and elsewhere. Australian’s capital cities have had a massive increase in housing supply over the last 20 years and its not produced low house prices. As long as there is high migration to our capital cities, the banks are happy to lend large sums for housing, and everyday people are happy to go into ever increasing debt because they think they will get rich buying and selling property housing prices will be too high. Australia has more money invested in housing then it anything else. Its nuts.

Defence has a massive shortage of service residences in the ACT. You also can’t expect defence families with children and pets to live in apartments. And of course it makes sense to build them on already defence owned land

DHA can rent or buy existing homes with yards for defense personnel. There are thousands of homes for sale and rent in the ACT.

What are the specs? Do they go beyond what is required under ACT building regulations? I am sure some of the on 3,000 to 4,000 properties that come on the market in Canberra every year could meet those specs. Also if the specs cant be met by dwellings that come on the market DHA could use it large budget to buy some the blocks at Parkwood and build their super spec’d houses there. These are also blocks for sale in the new suburbs of Molongolo and Gungahlin. Either way DHA could deliver houses to spec without the needless destruction of rare and endangered plant and animal communities. Once those communities are built over over they are gone forever.

There are plenty of other places to build new homes. The new parkwood estate will have room for 5,000 new homes.

The decision to allow the new housing to be built over the Lawson grass and woodlands is a local government decision. The development proposal needs local government approval. The argument the government, developers and their supporters have been running to support the building over of these green spaces have been that there is a shortage of land to build on and there is a housing emergency. The fact is that there is no shortage of land to build new houses on now Parkwood is coming on line and there is no shortage of new housing now we know in that in 2019 2,413 new multiunit dwellings were completed in the but only 316 of new stock dwellings could be sold. The arguments the supporters of this development have been using to justify the building over of these rare and endangered ecosystems have no basis in fact. Their arguments are fake.

We got to live somewhere . 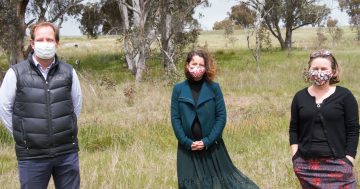 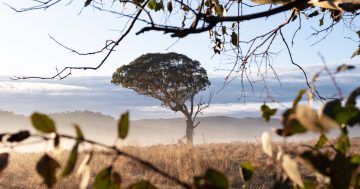