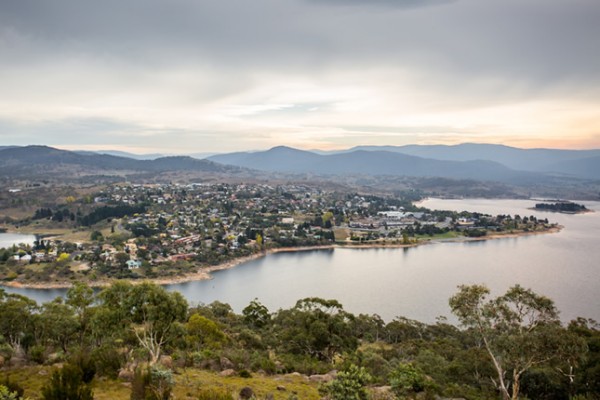 Police have established a special strike-force in response to a violent assault in the Snowy Mountains last week and renewed their appeal for information from the public.

As previously reported, at about 1:30 am on Thursday (July 5), officers from Monaro Police District responded to reports a 22-year-old woman and a 25-year-old man had been assaulted on Kosciuszko Road, Jindabyne.

Police were told the pair was walking along the footpath after leaving a nearby licensed premises when they were approached by unknown men opposite Foreshore Park.

New details have been released highlighting the violence and distress of the event.

The man was punched in the head, rendering him unconscious, before the woman was physically and sexually assaulted by one of the men.

After the man regained consciousness, he attempted to help his friend but was again assaulted.

A short time later, the man flagged down a passing vehicle and the unknown men fled the scene.

A crime scene was established and examined by specialist forensic officers.

Strike-force detectives are hoping the community might be able to help them identify a man they believe may be able to assist with the investigation.

He is described as being about 180cm tall and of solid build. At the time, he was wearing a light-coloured, baggy, hooded jumper.

Child Abuse and Sex Crimes Squad Commander, Detective Acting Superintendent Tom Barnes, is also appealing for anyone who was driving in the area early on Thursday morning to check their dash-cam.

“Investigators are seeking dash-cam vision from anyone driving in the vicinity of Kosciuszko Road, and Kalkite and Clyde Streets, between 1 am and 2 am on Thursday,” Det A/Supt Barnes said.

“We would also like to speak to anyone who may have been out earlier on Wednesday evening and noticed something suspicious – or someone acting suspiciously.”

Monaro Police District Commander, Acting Superintendent Sandra Green, said that while the local community welcomes visitors throughout the snow season, they would not tolerate acts of violence or anyone causing harm to locals or tourists.

“The Snowies is a popular destination at this time of year, and we have an increased police presence to ensure everyone who visits can enjoy our ski fields and surrounds safely and without fear of violent or anti-social behaviour,” A/Supt Green said.

“We have a close-knit community, who have already provided investigators with significant assistance in the investigation, and we expect anyone who has any information relevant to this incident to come forward.

The Child Abuse and Sex Crimes Squad is comprised of detectives who are specially trained to investigate matters against children and adults, including sexual assault, serious physical abuse, and extreme cases of neglect.

Annie Wyer - 35 minutes ago
Peter, a lot of complexes have just enough parking spaces for residents only and don’t normally include visitor spaces, lik... View
Peter Campbell - 1 hour ago
Annie Wyer I would anticipate that you will soon need the expanded system with charging outlets in allocated parking spaces.... View
Peter Campbell - 1 hour ago
Caillan Colville The strata property where I live put in a communal solar PV system in 2012 and in 2019 passed an AGM resolut... View
Opinion 12

Warwick Alsop - 59 minutes ago
Chris Johnson No-one benefits in a one party town. View
Warwick Alsop - 1 hour ago
Why do people keep voting for them? They forgot what trees are years ago.... View
Bill Gemmell - 1 hour ago
Good article. Can they stick to their principles and compromise at the same time? What can they do about Labor's long standin... View
News 1

awc73 - 1 hour ago
Imagine if the ACT government could provide 24/7 public access AEDs to all residents and visitors. No need to bang on the doo... View
Property 8

Nick Sifniotis - 2 hours ago
I want this View
News 15

Michael Weaver - 4 hours ago
Ack was my go-to for anything in Moruya as a sports journo. Fitting tribute for a great bloke! View
News 10

Spencer Hunter - 13 hours ago
Matt Wecker boys could be on here View
Sarah Watt - 14 hours ago
Anthony Billy Watt I’m sure you’re across this... View
Larissa Hutchens - 15 hours ago
Marshall Amelia they definitely would. Tim could take them 😝 View
News 31

Lloyd Woodward - 13 hours ago
Stop with this boomer thing. Im apparently a Boomer, but think this is a great idea. He is just a sad Panda.... View
News 21

The ACT and the south-east region of NSW are set for another drenching this weekend from what at least one...
News 31

Former Liberal Chief Minister Kate Carnell, who formed government in 1995 and again in 1998, says that it's time for...
Opinion 57

Make no mistake, the ACT election result is a disaster for the Canberra Liberals, and one that has to be...
News 31

ACT Policing has a blunt warning for e-scooter users: be an idiot and you will face the consequences. With e-scooters...
Property 31

Residents at IQ Smart Apartments in Braddon say the installation of electric vehicle (EV) chargers in their basement carpark is...
Sport 27

@The_RiotACT @The_RiotACT
Queanbeyan-Palerang shire is updating 5487 streetlights to energy-efficient LED lightbulbs. So, how many people does it take to change them? https://t.co/YLRVPi3dDd (21 minutes ago)

@The_RiotACT @The_RiotACT
The ACT's mowing team is battling to stay on top of exploding grass growth in a season vastly different from last year's drought conditions https://t.co/nUDWgnhuoG (1 hour ago)

@The_RiotACT @The_RiotACT
The Families and Friends for Drug Law Reform will hold a 25th remembrance ceremony in Yarralumla today for people affected by overdose deaths https://t.co/PKy2jd0CyM (2 hours ago)