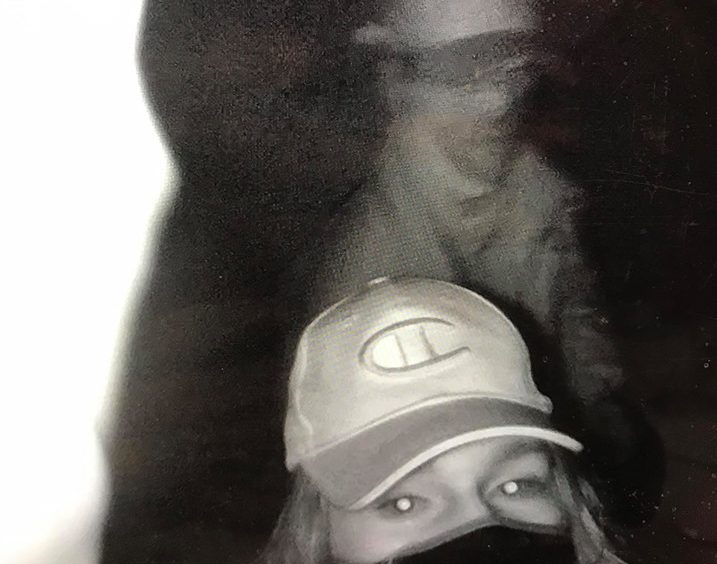 The school vandals were caught on camera. Photos: Supplied.

Police are looking for three people who were caught on CCTV vandalising a school in Nicholls on Saturday night (11 May).

Between 8 pm – 8:40 pm, cameras at St John Paul II College in Nicholls showed vandals throwing rocks at glass doors and windows. Security cameras at the school were also damaged with spray paint in the incident.

Footage of the incident was uploaded to Facebook by the school in an attempt to identify the vandals.

“On the weekend JPC was the victim of vicious vandalism,” the Facebook post read. “As you can see from the footage, this was a deliberate and concerted assault aimed at causing as much damage as possible.

“It is very distressing to have our beautiful school deliberately targeted.

“We are sharing the footage with the community in the hope that someone might be able to assist the police with their investigations.”

Footage showed this person throwing rocks at a glass door and windows.

An ACT Policing spokesperson said police are investigating the incident.

Arlene Smith - 10 minutes ago
Kathleen Mary Smith Erin Winter in adventure park? View
Bridget Trussler - 55 minutes ago
My son many years ago went head into the pole. Please get rid of it before someone is killed...... View
Claire Anderson - 2 hours ago
Daniel, the newer ones really do stop way WAY more abruptly. I too rode the old ones with help of people pulling and never go... View
News 13

@the_riotact @The_RiotACT
Chief Minister Andrew Barr said the ACT's new pathway out of #lockdown was triggered by hitting the 80 per cent #vaccination target and not a response to changes in NSW https://t.co/ZVeJRxndHb (5 hours ago)