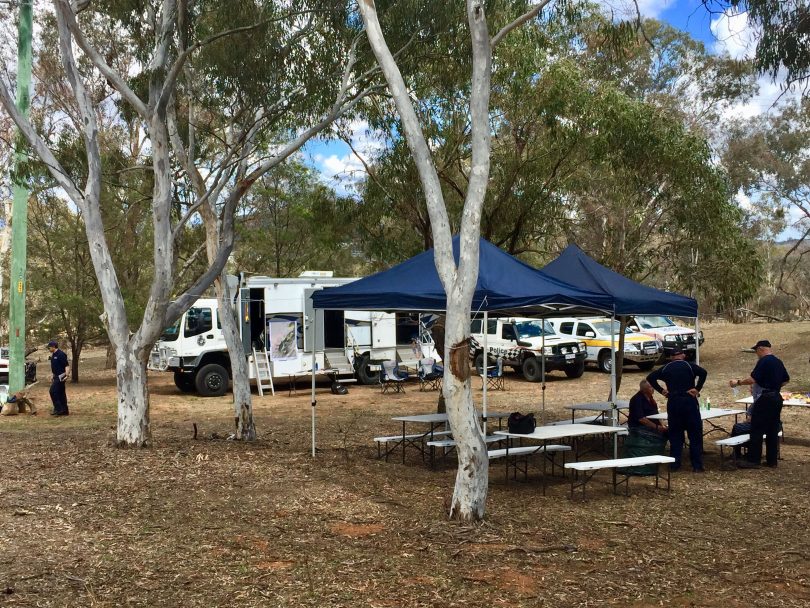 The police base at on Mt Ainslie. Photo: George Tsotsos.

Police and State Emergency Service members are combing the slopes of Mount Ainslie for fresh evidence in connection with an historical missing persons case.

Police would not say which particular case it was, but about 100 officers and SES members are involved in the operation.

ACT Policing said the search on a large area of Mount Ainslie would continue tomorrow.

It is predominantly taking place in an area on the on the western and northern sides of Mount Ainslie, roughly bounded by the Australian War Memorial, the suburbs of Ainslie and Hackett and Mount Majura.

Police decided to conduct the search after a re-examination of all the information related to the case. The family of the missing person has been informed.

They said no further comment would be made on the search, for the sake of the family and in order to maintain the integrity of the investigation.

Mechanism Of Action - 30 minutes ago
Nugget Harris as they should be View
Silentforce - 10 hours ago
Another solution would be to enforce pedestrian laws (if any in the ACT). Working in Civic, each day I witness jay-walking, c... View
Tāmati Kentwell - 10 hours ago
Hugh Gregory most income based schemes like this take into account number of dependents View
Community 43