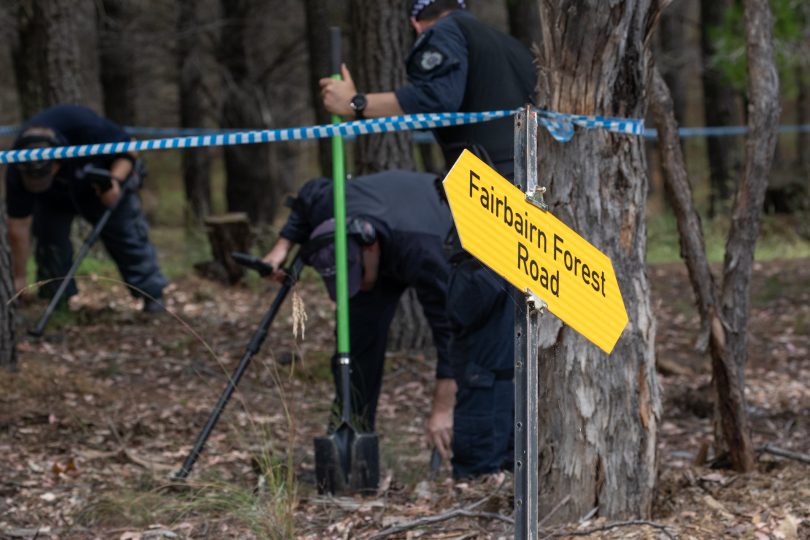 Keren Rowland was 20-years-old and five months pregnant when she went missing in 1971 on the night of the Royal Canberra Show.

She had planned to meet her sister at a party later that night but never showed up. Three months later her remains were found at the Air Disaster Memorial. A cause of death has not been established.

Now, almost 50 years later, police have returned to the Fairbairn pine plantation where her body was found to search for a silver or gold-coloured bracelet with ‘Lynette’ engraved on it that was never recovered. 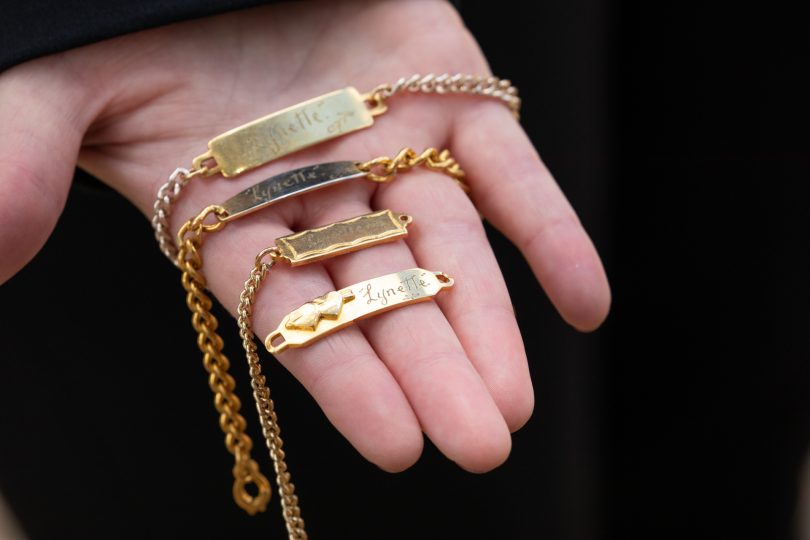 Police believe the ‘Lynette’ bracelet could look like one of these. Photo: Michelle Kroll Region Media

Detectives believed her killer may have taken the bracelet but will explore any avenue that may provide the family closure, Detective Senior Constable Emma Beere said.

Keren Rowland disappeared on the night of the Canberra show in 1971. Photo: Supplied.

Several persons of interest were identified at the time but no charges were ever laid. Former NSW Detective Clive Small believed Ivan Milat could have been responsible for the murder.

ACT Policing is in contact with NSW Police and has not ruled out this line of inquiry.

Detective Senior Constable Beere admitted that the search half a century later is a long shot but said that new technology that was not available in the 1970s may discover something that was missed previously.

“It has been a long-time but detectives don’t close a case until it is solved, and that is why we are looking at other avenues of enquiry to try to figure out what may have happened to Keren,” she said.

A full investigation was conducted at the time of the incident but mostly involved eyewitness accounts. The soil was tested but not to the standard that it can be tested to today, Detective Senior Constable Beere said. 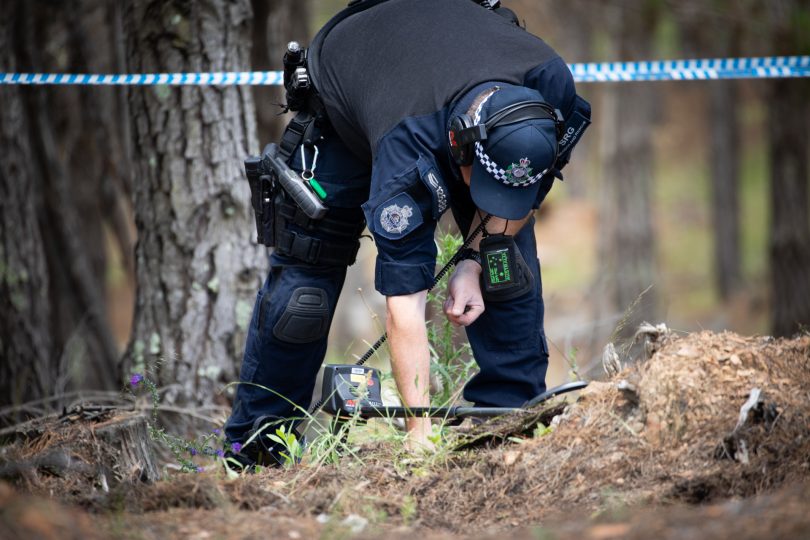 The Unsolved Homicide Team has been reviewing old case files and any evidence collected at the time of the crime. The team consulted old maps, photos and video footage to identify the exact location Keren’s body was found as the pine plantation has changed significantly since her death.

It is believed that Keren had travelled to Civic to pick up her sister and go to The Statesman Hotel at Curtin but it was decided that her sister would get a lift with her fiancé and Keren would follow in her own car.

Her white Mini Morris 850 sedan was later located on Parkes Way, Campbell, with no petrol in the tank.

“The detectives who first arrived on the scene were very surprised that Keren was not found earlier as it was an area that was frequented by many walkers,” Detective Senior Constable Beere said.

“An extensive search of the area was conducted over several days, and officers located items of clothing and her handbag.

“We have been speaking regularly with Keren’s family and as we near the 50 year anniversary we are looking for answers for them.”

Anyone with information that could assist police is urged to contact Crime Stoppers on 1800 333 000, or via the Crime Stoppers ACT website and quote the reference number 3290689.