A woman has been arrested after allegedly trying to hire a hitman on the dark web. Photo: Michelle Kroll.

A Canberra woman has been arrested after allegedly trying to hire a hitman on the dark web to kill two people for financial gain.

The 26-year-old was arrested in Fadden yesterday (7 December) and charged with two counts of attempted murder, which each carries a maximum sentence of life in prison. A number of computer items were also seized.

It is alleged that she paid $6,000 and agreed to pay $20,000 in total for the murders and shared details about how to target the two people.

Police believe that the website was fraudulent and that there is no threat to the public or the victims. The website is believed to have been taken down since the investigation and inquires are continuing into the site.

The victims were unaware of the plot when notified by ACT Policing and have since fully cooperated with the investigation. The woman was not known to police prior to the investigation and is believed to have acted alone.

ACT Policing made the arrest after receiving a tip-off in October from a journalist in the United Kingdom who is making a series about the dark web. It is not believed that the site was set up by the journalist. 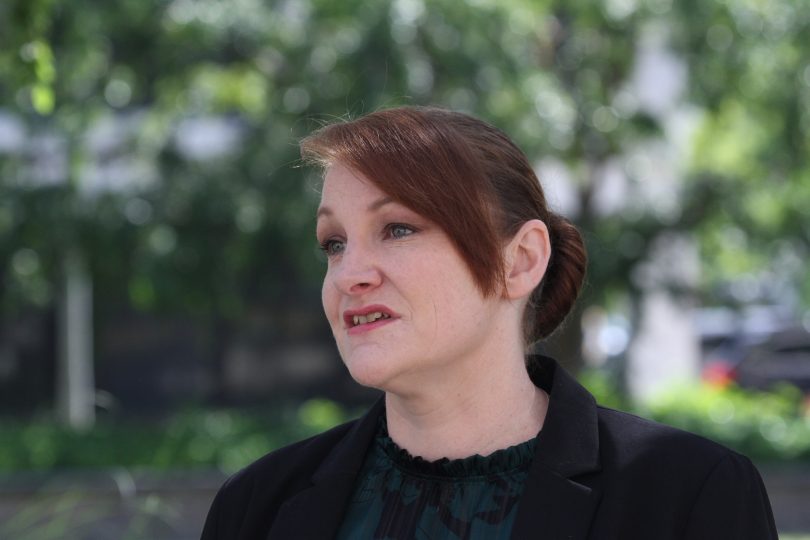 Acting Sergeant of Major Crimes Elizabeth McMullen said there is no ongoing risk to the victims. Photo: Dominic Giannini.

It is the first time an incident like this has occurred in the ACT, Acting Sergeant of Major Crimes Elizabeth McMullen said.

“While this particular matter is quite unusual, we do have a lot of experience investigating online crime and we also have access to a number of cybercrime specialists,” she said.

“This was a complex investigation due to the report originating overseas, and being able to track and verify the dark web payment.

Anyone with information that could assist police is urged to contact Crime Stoppers on 1800 333 000, or via the Crime Stoppers ACT website and quote the reference number 6658661.

She can’t be very bright

No, she can be, she just isnt.