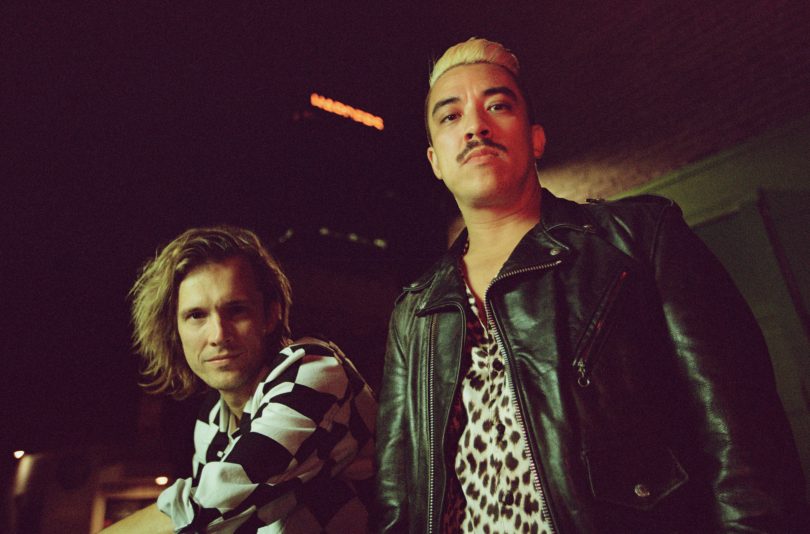 Polish Club, featuring John-Henry Pajak and David Novak, will perform in Canberra next month on their nationwide tour. Photos: Supplied.

The two-man Sydney band Polish Club have always been carefree so it is no surprise lead singer and guitarist David Novak is flaunting a new dress sense and haircut.

“I am an a**hole who thinks he looks good in a leather jacket, who wears it in every photo shoot,” Novak said with a laugh as he speaks to Region Media. “Having worn black for the past four to five years, I had this desire to see what I could get away with.

“I am not sure if I am getting away with wearing white pants but screw it. I dyed my hair blonde. I well and truly don’t give a s*** but simultaneously, I want to know what people think.”

The only thing that Novak and drummer John-Henry Pajak seriously care about is their new album – maybe even a bit too much, Novak concedes. Perhaps that is why it has been a couple of years since the band debuted their successful 2015 album Alright Already.

“I hate how cliche it is but having the time to actually think about what an album should be was both a blessing and a curse,” he shared. “We didn’t have much pressure put on us from other people but we put a lot of it on ourselves.

“We wanted it to be something different but something that is still us.”

Bursting onto the scene in 2014 with their two-and-a-half-minute, fun, fast songs that causes the head to bop regardless of the situation, the first album was made after just 10 days in the recording studio, a complete contrast to the 18 months it took to complete their forthcoming second album Iguana.

“We booked a room for three hours and we had a handful of songs and we tracked it and then it got on Triple J and the rest just happened to us without us thinking too much about it,” Novak recalls.

“It was a very organic thing where we just decided to try our own thing and fortunately it made sense. Now five years later, we think too much about it to the point where we drive ourselves a little bit crazy.” 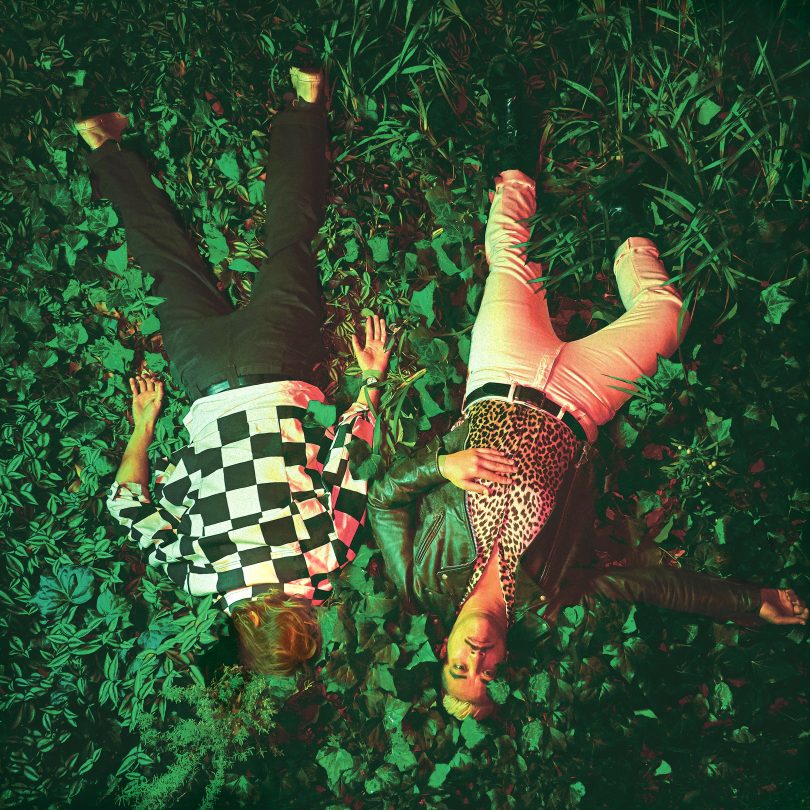 Named in part after the infamous Kings Cross bar, “where the only guaranteed upside was ending your night facedown”, Polish Club’s new album boasts a more expansive, adventurous sound already showcased on lead singles Clarity and We Don’t Care.

“We had this revelation that this is a ‘nighttime album’ which summarises a whole night out and everything that comes with it, from the physical mistakes we make to the doubt and the fear and the social anxiety,” Novak shared.

“I think We Don’t Care is the whole idea of the album, to be honest. The song is about telling yourself that nothing matters but you are overthinking everything. It is a perfect summary of everything that comes after it.”

The duo’s only regret about their new album and the nation-wide tour is missing the chance to perform at Canberra’s very own Polish Club.

“Everybody that we have ever talked to in Canberra tells us we need to head to the Polish Club,” Novak said with a laugh. “I hear that it is a great place to go and drink so I think it is only a matter of time before we do play there.

“It would be rude not to. We love a gimmick so we will do it at some point but for now, the UC Hub will suffice.”

Steve Aust - 3 minutes ago
Just avoid the CBD. Easy. View
Garrie Irons - 6 minutes ago
If the objective is to encourage driving at a safe speed, Commit to returning some amount of the funds into engineering the r... View
Hunter Smithers - 2 hours ago
Staring at your speedo instead of watching the road is far safer for pedestrians !! View
Community 26

Dwayne Still - 1 hour ago
Lucky to escape View
Chris Durban - 11 hours ago
A warm welcome, my best wishes for their future lives here. I hope they settle in and find peace and happiness 🤗... View
News 23

Tom Wills - 6 hours ago
Jorge Gatica Dont rent your house then, simple. Pay for it off your own back rather than the backs of tenants. Actually stick... View
jorie1 - 11 hours ago
Agree Realist. Landlords in the ACT are not treated fairly. I guess the proof is in the lack of rental properties available.... View
Rob - 11 hours ago
This article seems to misunderstand some basic investment concepts: “But the main reason for owning rental properties is no... View
News 13

Penelope Farnsworth - 8 hours ago
I thought it was removed for a while during the insurance “crisis”, but maybe it was another playground. They gutted a fe... View
gooterz - 8 hours ago
The previous iteration of the kambah flying fox had stairs to climb and a rope to bring it up to the platform. It was more a... View
erikah - 11 hours ago
Tahlia is one of the most intelligent 14 year olds I have ever met. She’s incredibly cautious when it comes to risk assessm... View
News 1

rspg - 8 hours ago
So wait... from what I'm reading here, the 80% vax rate triggers eased restrictions from tomorrow, which includes that we can... View
Lifestyle 32

Il Padrone - 8 hours ago
Costanza Maffi what is this fascinating attraction that cockatoos have for alpacas? 🤔 View
Sophie Patterson - 10 hours ago
James, I love the namea View
Property 10

Rob - 11 hours ago
You missed their best wine: the sparkling Shiraz. It is just magnificent and I think the only one in region. Worth the trip o... View
show more show less
*Results are based on activity within last 7 days

Nestled among picturesque gardens, this stone and timber cottage could have been lifted straight from the pages of a children's storybook....
Lifestyle 32

With the ACT Government's revenue from traffic infringements predicted to more than double this financial year, a standing committee has...
News 55

@The_RiotACT @The_RiotACT
A group of dedicated #volunteers are discovering and cataloguing #historical artefacts from #Goulburn Base Hospital's past, including surgical implements and kitchenware https://t.co/1eJzjA3oHe (33 minutes ago)