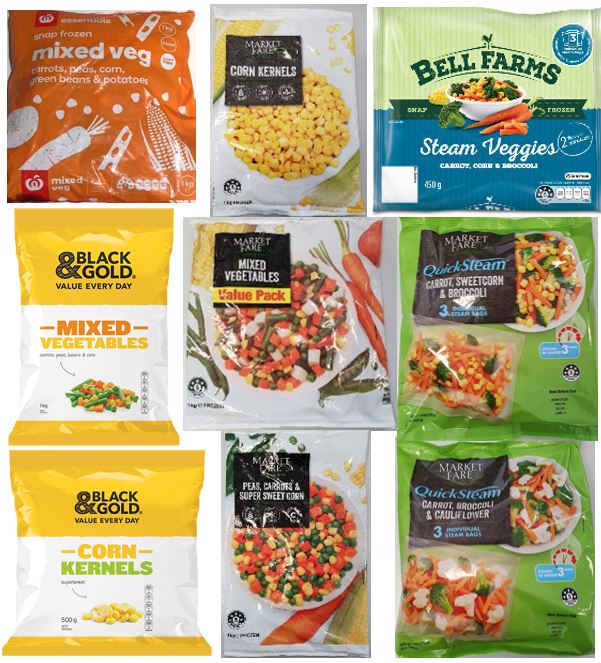 A number of popular brands of frozen vegetables sold in Canberra have been recalled amid fears they may be contaminated with the deadly Listeria bacteria.

Acting FSANZ CEO Peter May said pregnant women, elderly people and people whose immune systems are compromised such as cancer patients are particularly at risk and he has urged vulnerable people to check their freezers for the vegetables.

The concerns follow on from a listeriosis outbreak linked to contaminated rockmelons a few months ago in which several people died in NSW and Victoria.

Mr May said that people who have the recalled frozen vegetable products (listed below) in their freezers should return them to the place of purchase for a full refund or dispose of them.

Any consumers who have eaten the products and feel unwell are advised to see a health professional.

“The products affected contain a particularly dangerous strain of Listeria and are being recalled as a precautionary measure to ensure consumers are protected, but particularly vulnerable populations,” Mr May said.

“While many people will follow cooking instructions properly (which should kill Listeria bacteria) we are aware that some people eat frozen vegetables straight from the freezer and there is a risk of some people not cooking produce properly.”

Greenyard Frozen Belgium NV is conducting the recall of the frozen vegetable products which originate from Belgium and Hungary.

Listeriosis is seen as a serious illness and is caused by the Listeria bacteria, with infection usually caused by eating contaminated foods. The bacteria can be present in raw foods or foods may become contaminated after processing or cooking.

In healthy adults and children, listeriosis causes few or no symptoms and may be mistaken for a mild viral infection or flu. Symptoms may include headaches, fever, tiredness and aches and pains.

In vulnerable people, listeriosis can be serious and fatal. It can lead to sepsis and meningitis (infection and inflammation of membranes surrounding the brain).

The recalled products which are sold in the ACT include:

Also note that the recall is not limited to Canberra. The wording ‘sold in Canberra’ in this article may provide a false sense of security to those interstate.

It should be noted that all the recalled items are imported.

Are there any frozen vegetables produced in Australia these days? We never had this problem when they were.

Shane McMinn - 48 minutes ago
Quangers, or the Socialist Republic Of Queanbo.. View
MERC600 - 3 hours ago
Quangers has it all over Canberra these days. No graffiti , grass mowed and no rubbish floating about. The other article on t... View
Sarah Winders - 3 hours ago
Lorraine Neville what do you all call it? View
Sport 18