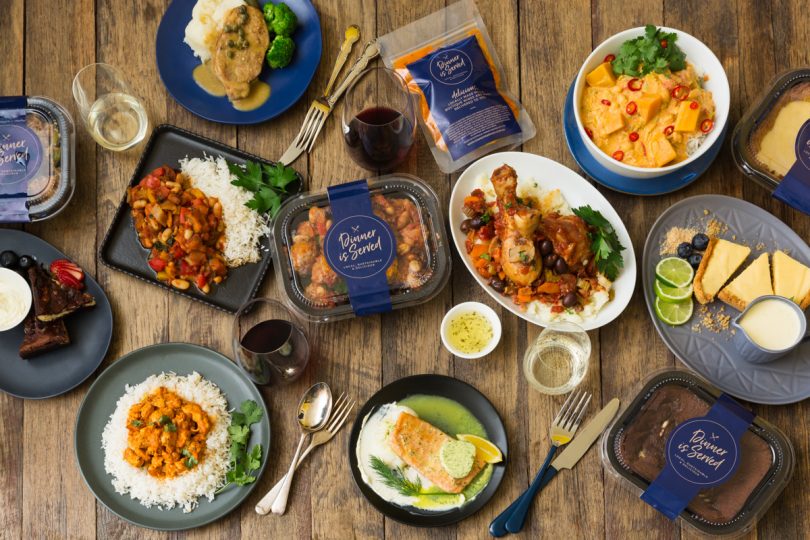 Delivered to your holiday accommodation: A range of Dinner is Served delights. Photos: Supplied.

Had a weekend away where you’ve ended up feeling like you didn’t get the break you were looking forward to, especially if you’re the chief forager and cook?

That was the experience of Claudia Lawrence, whose disastrous self-catered weekend of trips back and forth to the local supermarket and then throwing out half-used ingredients became the catalyst for a web-based business providing pre-ordered fresh meals to Snowy Mountains holiday-makers during the ski season.

Launched last year, Dinner is Served, the only such service with a liquor licence, has been overwhelmed by the demand and as fate would have it, has also now taken off at the polar opposite to the snow in the northern mecca of Byron Bay.

After that fateful weekend, Claudia, whose background is in corporate sales but likes her food, began looking for meal services that she might use and while there were plenty in metro areas, there was none in the regions.

A skier, she decided to focus on the Snowy Mountains which had high turnover of families from Canberra and Sydney.

She and her two young children moved from Sydney’s northern beaches to Jindabyne for the winter, with her husband commuting south on the weekends.

Originally she planned to be the chef but soon realised she needed someone who knew what they were doing when it came to bulk cooking.

So she partnered with the owner of catering business Dizzy Delights, Liz Scarlett, who has only recently had to step aside to focus on her own business as Dinner is Served’s popularity exploded this season.

The business has now moved to hiring its own chefs with two in each region and sub-letting kitchens but it is still a way off taking that next step of having its own premises.

The menu started with a couple of Claudia’s favourites – lasagne and butter chicken – and has grown with demand, including fresh salads and desserts, and catering for dietary needs.

But with the limited utensils and cooking equipment of self-catered accommodation, meals were designed to be re-heated in the oven or on a stovetop with basically a saucepan and a spoon. 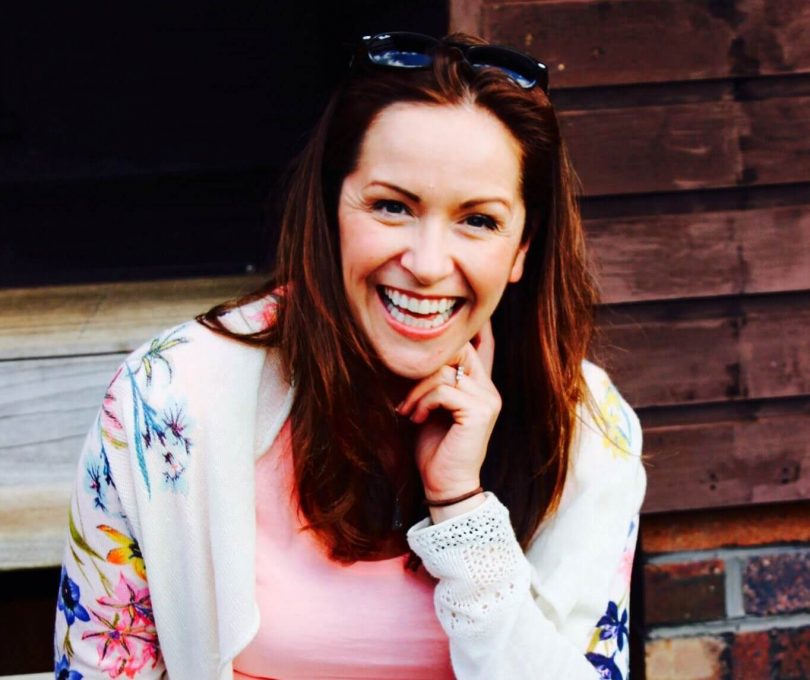 Claudia Lawrence was frustrated with being dudded on what was supposed to be a weekend break.

It’s all made possible through the power of the internet but the business’s first website was far from user-friendly, and Claudia’s first customer, another snow mum Kristy McGuire who unbeknown to her was a web developer, became her friend and eventual business partner.

“She tried to place an order and called me and said the website is just awful. She felt so sorry for me that she made a couple of tweaks and made it a lot easier for people to order,” Claudia recalls.

Over the summer they built a new website and Kristy came on board as a partner.

Fortuitously it turned out, as an illness to Claudia’s mother-in-law saw her family moving north to Ballina and deciding to test the waters in the booming tourism market of the Byron region, launching a few months ago with Kristy on the ground in the south to handle that end of the business.

“It’s surprising how many crossovers we get. We’ve actually already had our first customer in Byron who was a customer this season at the snow,” she says.

In July the business added bundles, breakfast packs, and cheeseboards, which proved so popular they had to move to their own chefs and the sub-letting model.

Dinner is Served will continue through the summer, catering to the walking, hiking and biking market including catering to Ozwalk’s Roof of Australia tour, which uses the lodges at Perisher.

A mid-week delivery day will also be added to the current Friday and Sunday, and the current Eskies may eventually give way to refrigerated vans.

“People love the concept especially when you have kids – the fact that they pre-order, have it waiting in their accommodation when they arrive, and we can deliver wine and beer,” Claudia says.

“You can drive down from Canberra, get your accommodation and you’ve got everything you need to make dinner, pour a glass of wine and you’ve got breakfast in the morning.”

The business also makes a point of drawing on fresh regional produce.

“We didn’t want to buy food from the supermarket, mass-make it in one location and ship it round the country. We really wanted to make it with local produce, made locally with local chefs who know what’s good. And we really think that comes out in the food,” Claudia says.

Capital Retro - 1 hour ago
I recently discovered some old papers belonging to my late father. Among them was an "Identity Card" Form C.R.3 which was iss... View
Hans Dimpel - 4 hours ago
Tod Davis which rules and who is speaking them? Are you sure you aren't being influenced by rightwing conspiracy pages with a... View
Hans Dimpel - 4 hours ago
a world full of rainbows and unicorns would be good. sounds nice.... View
Community 9

Phil Tarrant - 1 hour ago
I remember similar ones from when I was a kid in the seventies, they were sometimes out in paddocks and I saw one that was br... View
bikhet - 2 hours ago
This seems to be your thing. Never knew the pluviometers were there. Is their output available on the web somewhere? I'm a bi... View
brendan eyers - 3 hours ago
Cool to know what the cubes are, though I've never noticed one. Worth a mention that there are a hundred or so pluviometers a... View
Property 2

simm - 1 hour ago
PLANNING the main entrance on Canberra Avenue is a sensible and practical choice . Franklin street Cafe/Retail strip already... View
abdul mutawe - 2 hours ago
Having performed building works for Mrs Liangis over past decades, I have to say she is very astute, capable and fair. And sh... View
News 124

chewy14 - 3 hours ago
"A responsible and competent government would" Well there's your first problem. They haven't been forthcoming with robust bus... View
michael quirk - 4 hours ago
The government has yet to provide evidence to justify the light rail extension, the viability of which is tenuous given incre... View
Community 2