In uncertain times,
we give you certainty.
10 October 2022

Privacy breaches, Russian antics and asteroid threats - no wonder we are feeling stressed 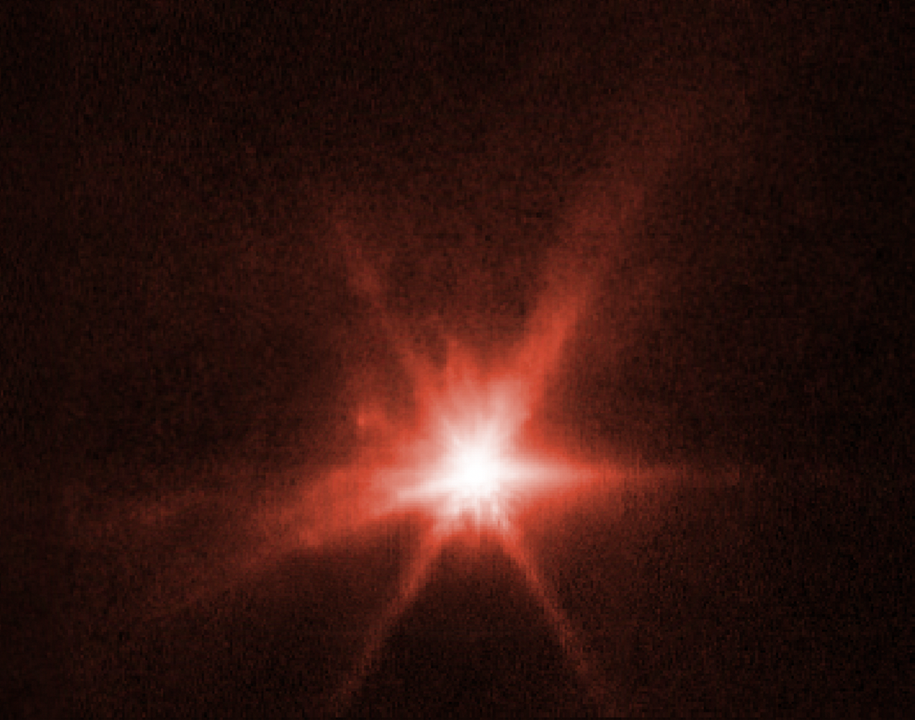 Where’s the kaboom? There was supposed to be an earth-shattering kaboom! Dimorphos, the asteroid moonlet in the double-asteroid system of Didymos, about 4 hours after NASA’s Double Asteroid Redirection Test (DART) made impact. Photo: NASA.

Life can be stressful at the best of times, but it does seem the past few weeks have thrown up more than their fair share of curveballs to cause many of us angst. But there was at least one story to give us all hope for the future.

We learned it will now be legal to go to work with COVID, which caused an enormous amount of angst, especially among elderly members of the community and the vulnerable. And those that have become quite fond of working from home. And those of us who don’t particularly like being around people.

We learned that one of our leading telcos has an online security system capable of being hacked by a bloke sitting in a basement in a far-off land armed with nothing more than access to Google and the ability to type “how to hack an Australian telco?” into a search engine.

All quite funny and not dissimilar to the plot of a B-grade movie until you realise lots of people’s private information is now doing the rounds of shysters, con artists and scumbags around the world.

And also not funny that the telco appears quite hapless, with a plan that looks nothing like a plan.

We learned that all the good things we think come with daylight saving might actually be outweighed by a bunch not so good things, like poor sleep, disrupted routines, poor diet, more traffic accidents, faded curtains, confused cows and mental health stresses.

But it’s still nice to have that extra time in the sun after work, am I right?

We learned if you can’t beat people using traditional warfare methods, you could always conduct a sham election. Hats off to Vladimir Putin for thinking the world wouldn’t notice scrutineers weren’t counting ballots but instead were filling in their TattsLotto forms.

Russian electoral officials conducted successful auditions for a slapstick comedy routine by announcing (straight-faced) that four disputed Ukrainian territories had all voted to become part of Russia. Obviously, voters were keen to pin their colours to the mast of a country led by a chap, if not completely bonkers, showing all the signs of having at least a couple of kangaroos running loose in the top paddock.

Funny as heck until you remember this war has been going on for a long time and the ramifications are being felt all around the world.

So much negativity. What’s the one bit of good news?

Well, when the time comes that we are all under threat from a giant asteroid, we will be ready.

There was much whooping and fist-bumping when NASA, with the important help of the clever people at Tidbinbilla, successfully crashed a dart the size of a vending machine into an asteroid the size of a football field.

We’ve all seen the movie Armageddon. Great fun, but all nonsense, of course. Except it now turns out it’s not nonsense. And while we all talked about how great it was, we can fire something into the path of an asteroid to knock it off course, as an afterthought, we all asked, “so do you think we will actually need to fire something at an asteroid to prevent it from crashing into our planet?”

“Highly unlikely,” said the clever-looking NASA person. “Now, if you will excuse me, I have Russian ballots to count …”

It’s no wonder we all feel stressed.

Not everyone’s stressed, why would I stress or worry about things that are out of my control? That’s just unhealthy.