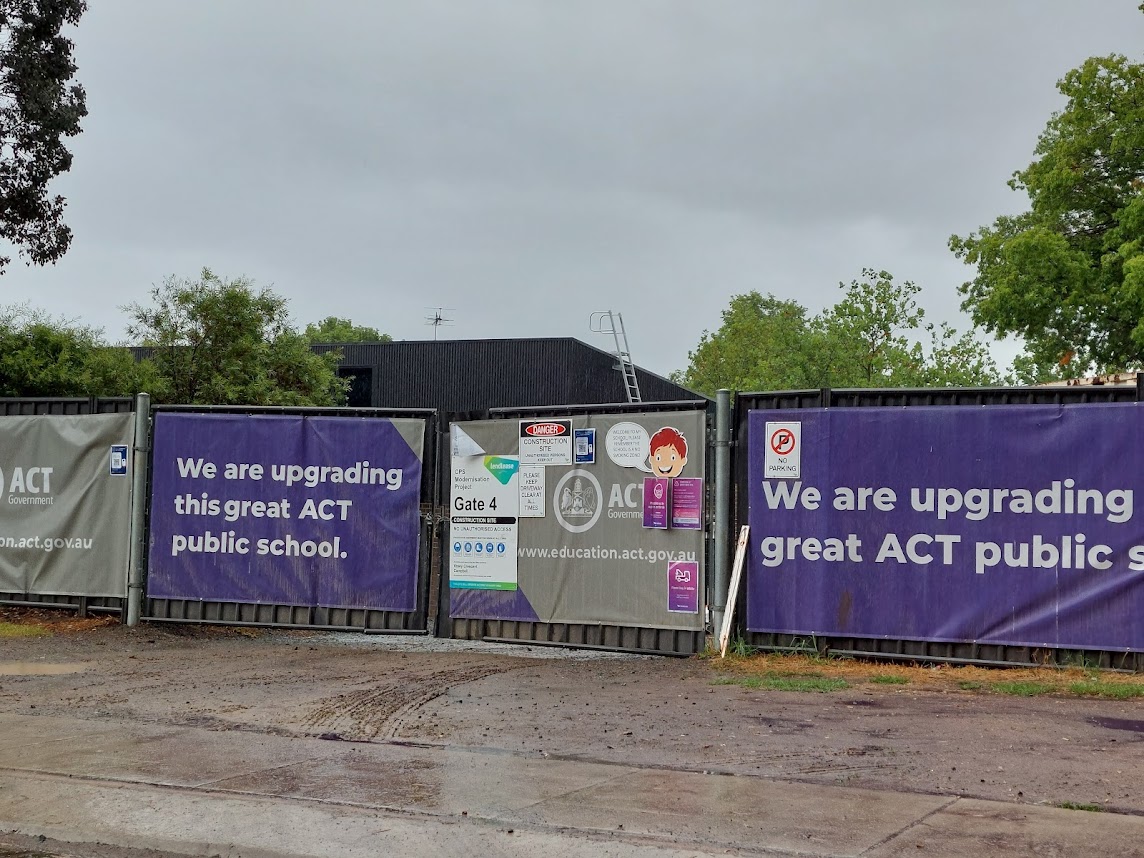 The Campbell Primary School modernisation project was blasted by the Auditor-General (and then the Integrity Commission) last year. Photo: David Murtagh.

The Auditor-General remains less than impressed with the ACT Government’s procurement programs, warning his upcoming reports will once again raise familiar themes.

At least one of those reports will cover the role of the government procurement board in relation to the Canberra Institute of Technology contracts saga – which is also being investigated by the Integrity Commission.

In annual reports hearings on Wednesday (2 November), Auditor-General Michael Harris reeled off a list of issues plaguing procurement decisions across the ACT public service, including a lack of expertise and practice, unawareness, naivety, and public servants and decision-makers not asking the right questions.

He also raised a lack of awareness of the policies and procedures that should be followed and suggested some of these issues are likely arising because smaller departments do not undertake major procurement decisions very often.

He said some of those issues were leading to “less than optimal” outcomes.

Then again, he noted some issues had also arisen in larger directorates undertaking procurement – as had been the case with the Campbell Primary School project. Last year, the Auditor-General released a scathing indictment of that project.

He said at the time its procurement process lacked probity and there were a number of governance and administrative shortcomings that had the potential for conflicts of interest or undue influence to go unnoticed.

That report was followed by one released in September this year in which the Auditor-General took aim at the management of the Acton Waterfront project, saying the request for tender was poorly designed and did not represent value for money.

Overall, Mr Harris said a consistent theme emerging in procurement in the Territory is a lack of understanding of the guidelines, policies and procedures that have been issued in relation to procurement and which should be followed.

One of these grey areas included the role of the government’s procurement board.

This had featured as more details of the multi-million-dollar CIT contracts with systems and complexity thinker Patrick Hollingworth emerged.

The upcoming performance audit of the board is expected to make recommendations about what role it should play in procurement decisions.

He explained there were currently gaps in the legislation and the board played a “complex role”.

The Auditor-General said he had yet to determine the solution to that issue.

But he said, at the very least, if the advice of the board was not followed, the directorate should be required to document the reasons why.

Mr Harris was asked if there was an “unhealthy” culture in the area of procurement, but he said he did not have sufficient evidence to that effect yet.

The Auditor-General also told the hearing finding and retaining skilled audit staff was an ongoing challenge for the office.

The ACT Auditor General seems to be releasing a lot of scathing reports into Education, Light Rail planning, Health, Prison, Major procurement and City renewal over the last few years. 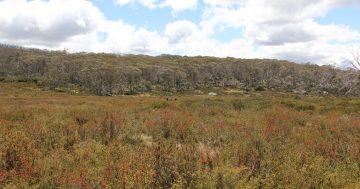