Professor Dick Telford: Changing our world for the better 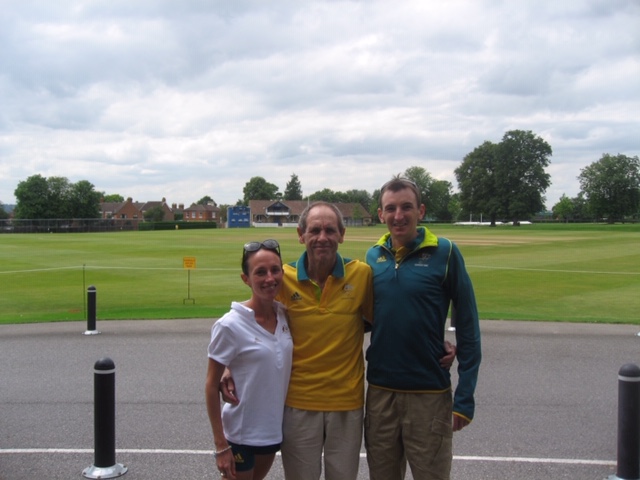 At 73 years of age, Dick Telford is showing no sign of slowing down. In fact, if anything, these days his life is driven by his passion to improve ‘physical literacy’ in children.

His life seems to be as packed and fast-paced as ever. I say this because Dick appears to have packed five lives into one.

In 1968 he won the prestigious Liston Trophy as the best and fairest player in the Victoria Football Association (VFA). Fifty years later, Dick is about to be inducted into the ACT Sports Hall of Fame as an associate member.

It is due recognition in as much for the role he has played in Australian sport as the part he is currently playing with his ground-breaking research into the link between physical activity, physical and psychological wellbeing, and academic achievement.

That is not to underplay the role he has played in sport. He played a game for Collingwood, won the J.J. Liston trophy for best player in the VFA (now called VFL), and was Coaching Coordinator/Manager of the Victorian Shield Cricket team, which won back-to-back titles. He was appointed the first sports scientist at the AIS and has coached athletes to five gold medals at the Commonwealth Games, as well as coaching Lisa Martin to win Australia’s one and only medal in the Olympic marathon.

He still coaches Australia’s top marathon runners, Michael Shelley and Lisa Weightman, and another five athletes from around Australia, alongside up to 20 athletes here in Canberra.

Dick is a Professorial Fellow at the University of Canberra’s Research Institute for Sport and Exercise (UCRISE). His team, which includes his son Dr Rohan Telford, together with Dr Lisa Olive, has been conducting pioneering research into ‘Physical Literacy’ through their well-published Australian Lifestyle of our Kids (LOOK) Study.

The LOOK Study addresses not just how physical activity improves NAPLAN scores but also provides a template for a healthy life.

Professor Telford is a living example of good health, these days running 35 to 40 minutes a day up Red Hill while listening to French language podcasts.

Perhaps this is an indication as to his next phase in his busy life.

opso - 59 minutes ago
As per the first couple of sentences of this story 'From midday today, ACT residents can travel for any reason to an expanded... View
Sam Oak - 2 hours ago
There is no reason for being pedantic with the rules. Ironically as NSW reopened the cases have plummeted showing that Austra... View
JC - 2 hours ago
Yes you have missed something. It is now both directions. The quote below is from the first web page you fine if you google A... View
Property 16

Katie Lew - 1 hour ago
David Matthews I want this! View
Astrid Smith - 1 hour ago
Rodney Stubbings I will when I win lotto tonight haha View
Sally Danger McCloy-Bacon - 1 hour ago
Evan McCloy it doesn’t have a lagoon but is still pretty nice… View
Lifestyle 2

TimboinOz - 1 hour ago
hi Jimmy, Is Steve B. still around?... View
bj_ACT - 7 hours ago
I prefer the televised Canberra Sitcom “Parliament House”. Some of the characters are unbelievable. That Barnaby Joyce ha... View
Business 1