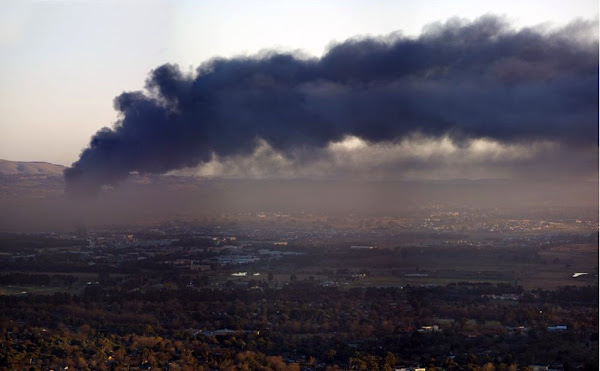 Simon Corbell has announced the appointment of Professor Jochen Mueller to “lead an expert review of the testing for environmental contaminants, undertaken by Government agencies, following the Mitchell fire.”

“I announced late last week that the Government would be appointing an independent expert to review the Government’s testing regime following the incident at Mitchell. I am happy to announce the appointment of Professor Jochen Mueller to conduct this work,” Mr Corbell said.

Professor Mueller currently works for the National Research Centre for Environmental Toxicology at the University of Queensland, where he is a Professorial Research Fellow and the Centre’s Group Leader for Water, Air Quality and Biomonitoring.

“Professor Mueller’s research focus has been on the sources, fate and human exposure to persistent organic pollutants (such as PCBs and dioxins) and he and his team have played a major role in Australia’s National Dioxin Program, expertise which I believe is vital to this review”.

Professor Mueller and his research colleagues have worked extensively on the occurrence of organic pollutants and have a sample archive which allows retrospective analysis of changes in pollutant exposure in Australia.

Professor Mueller studied at the University of Hohenheim and at Griffith University prior to joining the University of Queensland’s leading edge toxicology research centre. His early research focused on the transfer pathways of dioxin-like chemicals from contaminated sites into food plants.

“As I have previously said, I am committed to this review and I welcome Professor Mueller’s assessment of the Government’s testing regime following this incident, including any recommendations for future testing procedures.”

Yep. Get on with it already.

By the time they test and admit there is a problem, we will all have ingested even more of this cr@p.

My recommendation for future testing requirements – keep the toxic chemicals away from the city in the first place.

Meanwhile Canberrans wait in vain to be told what they’ve been exposed to and whether it’s safe to eat the eggs and produce from their gardens.

Meanwhile Canberrans wait in vain to be told what they’ve been exposed to and whether it’s safe to eat the eggs and produce from their gardens.

Nancy Olsson - 6 minutes ago
Fantastic display hmmm will visit next year. View
Sue Brooks - 1 hour ago
So beautiful. Looks like a painting. View
Heather Alexander - 4 hours ago
LoveTulip Tops gardens, so glad you have posted these wonderful pictures. View
Opinion 32

Frank Koch - 14 minutes ago
Margaret Freemantle no I don’t but I know of her and she has done well so we shouldn’t begrudge her in any way. Most peop... View
News 17

Ashley Wright - 1 hour ago
Julian Sortland believe already decided Canberra will use batteries rather than supercapacitors and the original vehicles are... View
Ashley Wright - 1 hour ago
Susan Williams that’s good because light rail whilst using similar vehicles is different to a tram way in that it is design... View
JC - 1 hour ago
The main issues have been sorted for the rest of stage 2 with conditions imposed and agreed to. Feds also putting money into... View
Community 15

Linda Stapleton - 2 hours ago
mmmm war with a magpie...so who is meant to be the superior species here? No offence meant but surely making friends with the... View
Guy Noble - 2 hours ago
Jim Vizovitis yup play nice and they do,,,, we have had the same parents coming to us to feed there kids for years now View
Jim Vizovitis - 2 hours ago
Just get out and feed him. In a matter of days you can have them eating out of your hand. View
News 248

Leonard Kelton Smith - 2 hours ago
Very good but I hope you will go back and replace any that die. MY local council in NSW boasts about the number of trees they... View
Joy Gulliford - 3 hours ago
Christine Young true, like Northbourne Ave, chopped down 100 ‘s and planted 100’s more.😂... View
Betty Geale - 3 hours ago
What do you water them with .... View
News 26

whatwik - 5 hours ago
Ha, try NSW regional travel. Disappointing yes, but prudent. Some of us do wonder about the obsession with the ACT Chief Mini... View
show more show less
*Results are based on activity within last 7 days

@The_RiotACT @The_RiotACT
Next week's ACT #Budget will include $15.2 million over four years to help modernise the ACT #Ambulance Service, including the acquisition of five new low-emissions vehicles https://t.co/Z4Fp6TE8HZ (36 minutes ago)