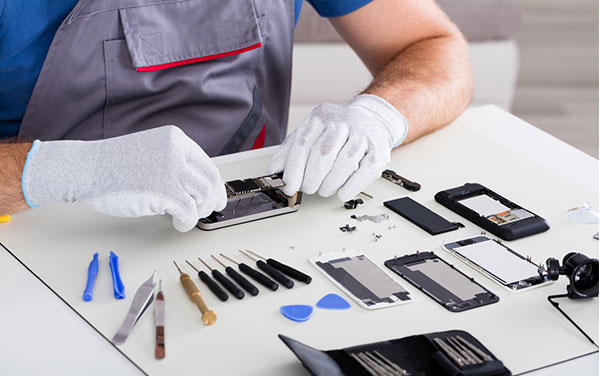 The rights of consumers in Canberra to have their broken Apple computer or iPhone repaired has been strengthened with repairers now able to sign up to Apple’s Independent Repair Provider program. The program gives repairers access to genuine Apple parts, tools, training, service guides, diagnostics and resources to perform a variety of out-of-warranty repairs for iPhones and Macs.

The program, which commenced on Monday (5 April), has been described “as a positive first step” for consumers’ right to repair while also tackling the proliferation of electronic waste (e-waste), estimated to be around 25 kilograms per person per year. Computers and televisions account for about one-quarter of this amount.

In a submission on behalf of the ACT Government to the Productivity Commission, Minister for Consumer Affairs Shane Rattenbury reinforced the right to repair instead of buying a new product.

He said consumers had been locked out of repairing their products because manufacturers don’t allow third parties to repair them.

“This is a good first step, but this is still an Apple-controlled repair regime, and I am not aware of what limitations may be placed on the third-party repairers,” Mr Rattenbury said.

“The ability for local businesses to get access to parts directly from the manufacturer is a win for the ‘right to repair’ movement and the ACT’s goals for sustainability.

“This will allow these small businesses to begin to break into a market previously dominated by bigger companies and provide greater consumer choice.”

In the submission, Mr Rattenbury said there were several benefits to reinforce support for the right to repair, such as a lack of competition in the repair market, a lack of certainty about the quality and cost of repairs, as well as a proliferation of e-waste.

“My hope is that a detailed examination by the Productivity Commission will allow the ‘right to repair’ concept to be imported into the Australian context, resulting in reforms that benefit Australian consumers and local businesses while supporting better sustainability,” Mr Rattenbury said.

The Consumer Affairs Forum, which consists of Commonwealth, state, territory and New Zealand ministers responsible for fair trading and consumer protection laws, has also been lobbying the Productivity Commission since 2019 to enable consumers to have greater rights when seeking repairs outside their warranties.

Existing Australian Consumer Law provides some protection to consumers who have the right to repair, replacement or refund if goods fail to meet a consumer guarantee. These rights exist regardless of any warranty offered by the business.

This does not apply to a phone, tablet or laptop with a cracked screen or a product that has been damaged after being dropped.

The need for stronger consumer rights to repair follows Apple claiming that an unauthorised independent repairer in Norway had violated its trademark by using aftermarket iPhone parts. Apple demanded that the repairer stop using the aftermarket screens and pay the company a settlement.

The court sided with the Norwegian repairer, but the precedent is applicable only in that country.

In Sweden, the world’s first shopping mall dedicated to recycled, reused and repaired goods opened in 2015, while many other countries are developing initiatives that promote a circular economy for products.

Simon Wheaton - 6 minutes ago
Reading reports from back then, he was even dodgier than our current politicians! View
Lifestyle 16

Jennifer Brodie - 9 minutes ago
Are they selling tulip bulbs this year ???? View
Suzanne Mansfield - 6 hours ago
Karina Curwain rats and damn! View
Dawn Glover-Schwalm - 6 hours ago
Til Bijou me too!! View
News 32