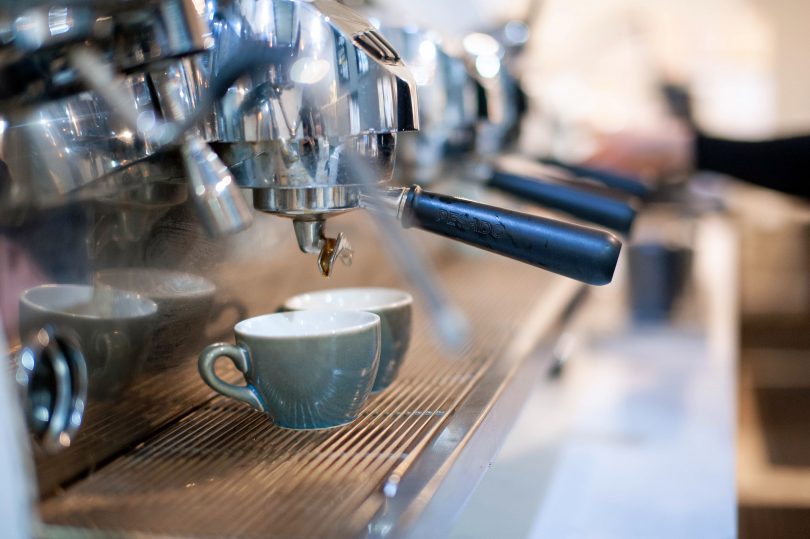 The return to office of public servants will be welcome news for cafes and other business across Canberra. Photo: File.

News that public servants will soon be returning to their offices will come as a huge relief to many businesses, according to the Canberra Business Chamber.

CEO Graham Catt said seeing the APS taking the lead on this was fantastic news.

Public Service agencies were told today (29 September) to get their employees back in the office after six months of working from home because of the COVID-19 crisis.

The Australian Public Service Commission issued a circular today to agency heads saying that where there is limited or no community transmission of COVID-19, employees should return to their usual workplaces, where it is safe to do so.

Mr Catt said it would be a simple and very powerful way to help local businesses.

”We know that particularly in these large office buildings when public servants are back in the office their daily spending is a really important boost for those businesses that rely on it – like local cafes, retail stores and 7-11s, but also transport providers and many other businesses that are part of that ecosystem,” he said.

”For many businesses, particularly in hospitality, cafes on the ground floors of those office buildings are really at the point of despair and wondering just how long they can keep going without trade.”

Mr Catt said that with JobKeeper winding back, public servants going back to work was probably going to be the difference between survival and closure for some of those businesses.

”From what we’re hearing, they wouldn’t have much choice but to let people go,” he said.

Mr Catt said the move would be felt not just in the city but across Canberra.

”Getting people back to work is all part of getting a bit of a hum back in the economy generally,” he said.

The circular says the decision will be up to agency heads who should act on government, public health and other relevant advice, and ensure business continuity and a safe transition back to the workplace.

It says a single top-down approach is not practical and that back-to-office arrangements should be made on an agency-by-agency basis.

With case numbers low in most communities, all employees, even those at higher risk of more severe illness, may be able to return to usual workplaces, it says.

The ACT has not had an active COVID-19 case since 9 July.

The circular says that agencies should assess their workplaces to ensure they are COVID-safe and if there are any future, localised outbreaks, arrange for affected employees to work from home.

Prime Minister Scott Morrison welcomed the APS taking the lead, saying it was time to get people back in their office where it is safe to do so.

”For the public service to be back in their offices buying their lunch at the local cafe and doing all of those things will support those CBD economies, and it’s a matter that I’ll continue to pursue,” he said.

He said the state premiers and ministers also want to see their own CBDs revitalised.

”It’s important that we get people back into their offices in a safe way. I think people have learned an enormous amount over the last six months, about how to do that in a COVID-safe way, and it’s time to get our CBDs humming again.”

Thank goodness, I hated working from home. Was only doing it once a week but disliked it immensely.

Won’t make any money out of me, I don’t drink coffee, take my own lunch and don’t pay for parking. I call total BS.
For some staff WFH has given them more time to be productive, including people with a disability who currently can get up, use their home office with no travel issues and have all the correct WHS facilities they need at hand. If the Government is serious about encouraging more people with a disability in to the workforce, then WFH is one way that would offer possibilities to increase numbers, but, you know, get back in the office from the man who cancelled parliament.

whatever happened to encouraging flexible working? I don’t know many people who want to return to working 5 days a week in the office. I know I don’t. I value being able avoid a commute every day, freeing up more time in the evenings and even, (children permitting!), getting the occasional longer lie in. Getting a good balance between interacting with colleagues in the office and having days where I can be completely focused without distractions, sitting in my own home works well for me and I’m sure for many others too. also save a heap of money on transport costs (a combination of tram fayres, petrol and parking) coffees, lunches and other office expenses.

Hahaha 😂 I worked in the office the entire time as an essential employee. I completely forgot that other agencies and departments in CBR sent their staff home. The roads will become congested and finding a park will become a nightmare after 8:00am *sigh*

A huge relief for businesses; large and small. The carpark owners and large shopping centres, especially. My understanding is APS has been staggering return to workplace since July.

I find it interesting that the article does not mention private and government car parks, nor big landlords of commercial space. There is an astute sense that people will empathize with small businesses that are struggling, but there would be no love lost for large conglomerates which will start to gouge and rake it in again.

I think that corporations and governments will realise they can save a lot of money on office space rental by having people WFH.

Not surprising when you consider all the links between owners of the offices the public service leases from and politicians, top public servants. If we all worked from home, their investments would seriously drop in value.

Hmmm I wonder if you’re relying on your superannuation to perform strongly enough to support you in retirement. After all its highly likely that a good chunk of it (your money) is invested in these conglomerates…

It would be good to have a balance to support the local suburban shops as well. I know our local shops benefited from WFH public servants

Some agencies have staff back in the office full time already

Thankfully agencies seem to have realised there are also huge benefits to flexible working, and will embrace this concept more wholeheartedly going forward.

Kate. And a big decrease in sick leave

My spending will be less back in the office, no more heading out to lunch with friends. Back to bringing my lunch in every day.

I do hope that the positive effects from the experiences WFH will be recognised and lead to greater flexibility. We’ve proven it can work.

Bekah Glaz how do you balance that with the negative impacts on businesses and their families?

Daniel, businesses will change as well…move to where the people are, in the burbs and all those empty stores in the local shopping centres will start to fill up. 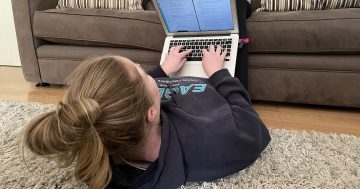