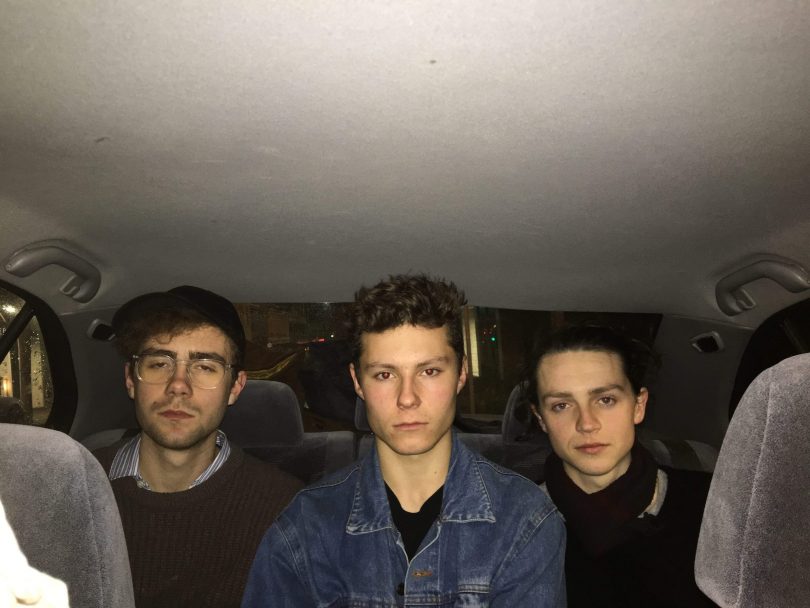 Before they stop by Canberra on their 8-show tour, I had a chat with the boys from Palmerston North about their tour and future plans.

Beniah: Who’s in the band and what are your roles?

B: What are you backgrounds to music?

J: We’ve all been playing since school/high school. We grew up in Palmerston North and went to shows at The Stomach, an all ages venue/practice space, which is where we met each other. Felix and I (Jules) were in a Powerviolence band and Josh was in an indie band, we formed to play a highschool competition and ended up continuing playing together.

B: Who are your influences?

J: At risk of just making a huge list, bands like Ohana, Sonic Youth, My Disco, Die! Die! Die!, Duster, Codeine, Slint. Other than Musically influenced we’re really influenced by bands like Carb on Carb’s DIY approach to the way to operate as a band.

B: This is your first time coming to Australia, tell us about the upcoming shows you’re playing

J: So we’ve started off in Sydney where we’re playing 3 shows, then off to Canberra, and then 4 shows in Melbourne. All of these have huuge lineups and we’re so stoked to be playing with all of these great bands. We’ve been helped heaps along the way by our friends and definitely couldn’t do it without them.

B: A couple of months ago you released Home Again as a new track off the EP, are there anything else in the works? Any other plans for the future?

J: Yeah so we recorded a second track at the same time named “Renamon” which was previously only released on Vinyl but is now out on streaming services. Other than that we’re hopefully recording soon so more will be in the works.

Matt N Amy - 10 minutes ago
That flying fox is really slow. I see older kids pushing each other really hard to swing the seat high up when it reaches the... View
Deb Maguire - 17 minutes ago
Julian Hayes so bloody true!!!!... View
Naomi Hume - 1 hour ago
when i was 7 or 8 i had a accident on the small flying fox and had to be taken to hospital to have 15 stiches put in my chin... View
Property 10

@the_riotact @The_RiotACT
Serina Bird had a dream to sell #secondhand clothing, and thanks to a grant from the @CBR_IN, it's about to become a reality with her new #online community marketplace launching this week https://t.co/w8N5lmRq27 (43 minutes ago)