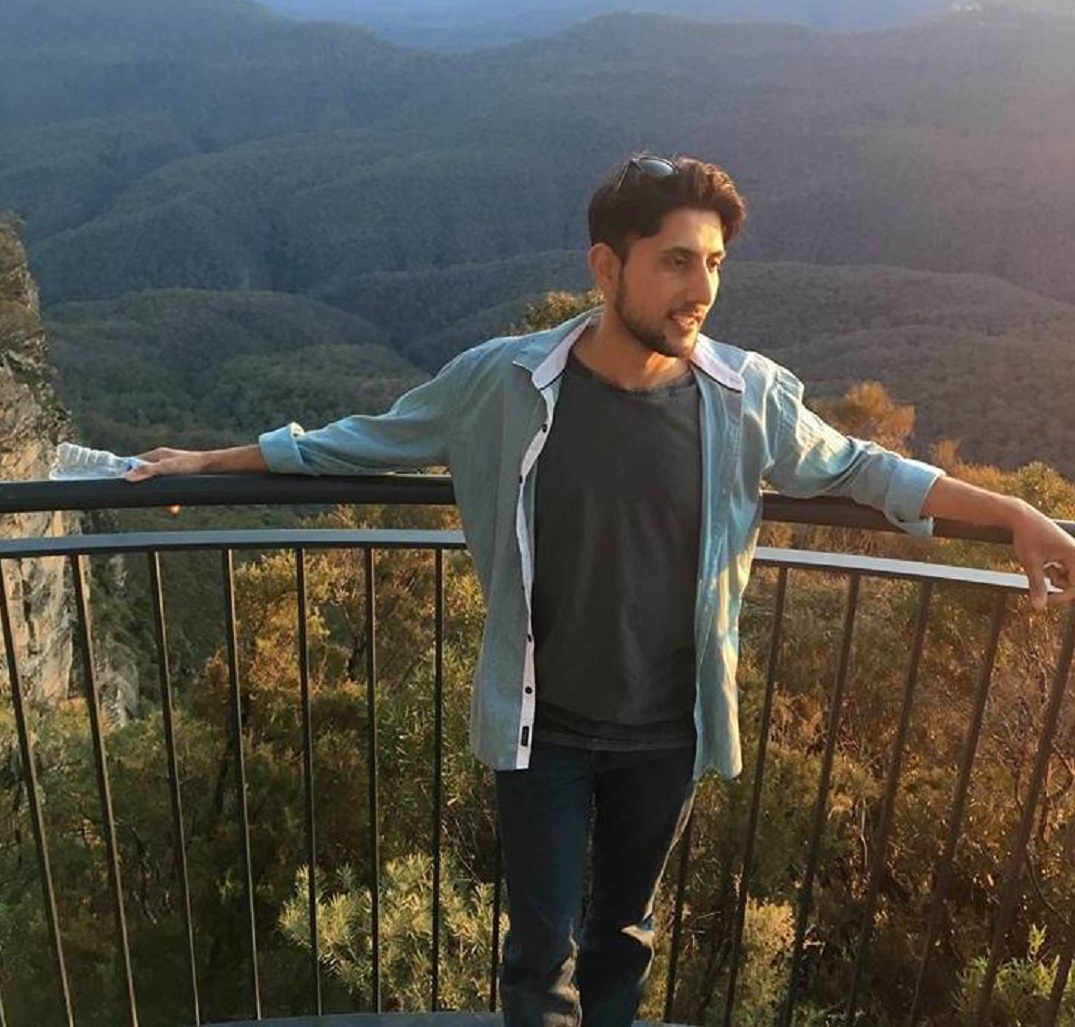 Zeeshan Akbar was murdered at a Queanbeyan petrol station during a “night of carnage” in April 2017. Photo: Facebook.

Two men who murdered a Queanbeyan petrol station attendant in 2017 have had years shaved off their sentences.

The men, who were aged 16 and 15 at the time and cannot be named for legal reasons, recently appealed their sentences in the NSW Court of Criminal Appeal.

The principal offender, referred to as DM, was originally sentenced to 35 years and six months. His younger co-accused DS received 18 years and four months.

The sentencing notes described the then-teens’ crimes in April 2017 as a “night of carnage”.

“[It] left one person dead, another stabbed and carjacked, a third person seriously assaulted, and a fourth person the subject of a violent attempt to steal property from their home,” the court said.

In the agreed facts, their crimes took place on the evening of 6 April 2017 and the early hours of the next morning.

It began at around 8 pm when DM and DS were part of a group of youths who approached a man sitting on a bench drinking alcohol on Erin Street in Queanbeyan. DM began verbally abusing the man before smashing him in the head with a bottle of alcohol.

When two of the group decided to go home after this incident and asked DS to come with them, DM said, “[DS is] not going anywhere, he is staying with me tonight”, lifting up his shirt to reveal he had a black-handled kitchen knife in the band of his jeans.

At about 10:15 pm DM, DS and a third person entered an apartment, where DM threatened the 41-year-old occupant with a knife before hitting him across the face with a wheel brace he had brought to the home.

It was at about 11:46 pm when DM and DS arrived at a Queanbeyan Caltex service station where Zeeshan Akbar was working as an attendant.

DM began talking with Mr Akbar before stabbing the 29-year-old in the right side of his back. DM continued to stab Mr Akbar as they struggled at the rear of the store while DS tried to steal a cash register.

As Mr Akbar bled to death from three serious wounds to his chest and abdomen, DM dipped his fingers in his blood and wrote “I” and “S” on the window.

DM and DS then kicked open the entrance door and left the store.

Mr Akbar’s body was discovered by his flatmate, who had arrived at the station to start the next shift.

The Pakistani national was killed just days after he had applied for his permanent residency in Australia and had planned to travel home to meet his wife-to-be in the coming months. A friend at the time described him as a “gem of a person” who had been sending money to his family to cover medical expenses. 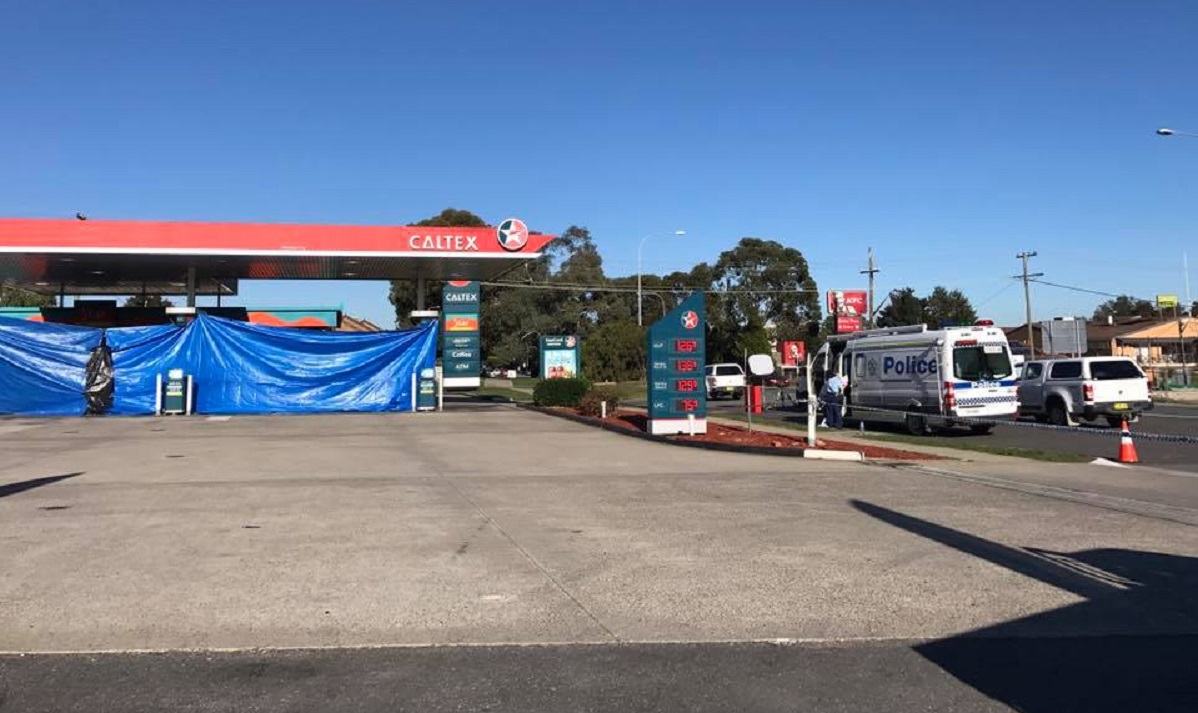 Mr Akbar was killed while working as a station attendant at Caltex Queanbeyan in April 2017. Photo: Region.

At about 6:20 am on 7 April, the pair waved down a vehicle in Queanbeyan. DM opened the driver’s door and stabbed the male driver before the duo got in the car and drove off. They were eventually arrested in the ACT following a police pursuit.

While being arrested, DM called out, “Allah Akbar, Allah Akbar. I’m going to cut your heads off. There is only one God”. He also made other comments to police, suggesting Sydney was going to be blown up and he was going to behead every police officer.

On 18 September 2019, before their trials were set to begin, DM pleaded guilty to charges relating to murder, assault occasioning actual bodily harm, aggravated enter a home with intent to steal, robbery with wounding while armed with an offensive weapon, wounding with intent to cause grievous bodily harm and stealing a motor vehicle.

DS pleaded guilty to charges relating to murder, aggravated enter a home with intent to steal and stealing a motor vehicle.

The court noted both offenders had dysfunctional upbringings and mental health issues.

In the case of DS, the court heard he had found his father’s body when he was eight years old, which had a “marked effect” on him. It was discovered DS had “borderline intellectual functioning”, which was a factor that reduced his moral culpability.

“DS was found by the sentencing judge [at the time] to be remorseful and to have favourable prospects of rehabilitation,” the court said.

Staff at the hospital commented he was “desensitised to aggressive behaviour” and had a “lack of remorse towards the people he had hurt”. A doctor noted he likely had post-traumatic stress disorder (PTSD) that occurred after “prolonged and repeated traumatic events”.

His apparent fixation on ISIS was noted as not part of his psychotic illness, but rather “given his complex mental disorders and low-level intellectual function, he remained highly susceptible to adverse influences, particularly violent extremists”. He was assessed as having “poor prospects of rehabilitation.”

For DS’s appeal, the court found original the “assessment of the objective seriousness of DS’s offence of murder was erroneous” as it was assessed in reference to his involvement in DM’s crimes rather than on his own criminal liability.

It was argued that DS’s only relevant “intention” regarding Mr Akbar’s death was to commit armed robbery.

“As his Honour found [at the time], DS did not ‘actually participate’ in any attack on Mr Akbar. This was DM’s robbery and DM’s killing,” the court stated.

“[H]is Honour appears to have sentenced DS for his role in DM’s murder of Mr Akbar, whereas the proper approach was to sentence DS for the offence of murder that he committed on the basis that he pleaded guilty to it.”

For DM, it was argued the sentencing judge did not consider the teen’s “reduced moral culpability due to his background of profound disadvantage and intellectual impairment” when assessing the objective seriousness of his offending.

Ultimately the court ruled DM’s sentence for the murder charge was “disproportionate” and the individual sentences for his other crimes were “manifestly excessive”.

As a result of the appeal, DS was re-sentenced to a total term of imprisonment of 14 years and six months with a non-parole period of 10 years. He would be eligible for release on 7 April 2027.

DM was re-sentenced to a total prison term of 27 years with a non-parole period of 20 years and seven months, making him eligible for parole on 7 November 2037.