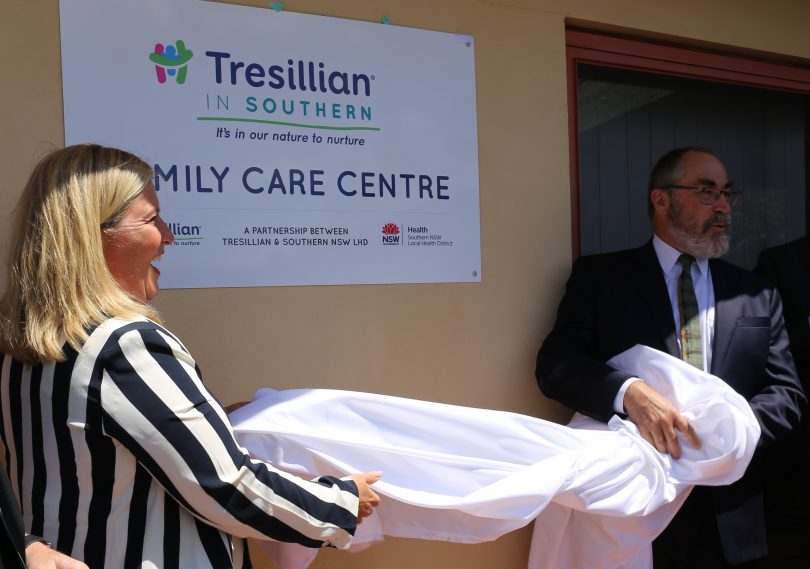 New parents struggling with the demands of a new baby can now access specialist support with the opening of the Tresillian Family Care Centre in Queanbeyan.

The Parliamentary Secretary for Southern NSW Bronnie Taylor MLC officially opened the Centre on Monday (29 October). The name ‘Tresillian’ has been synonymous with baby care since 1918.

The Royal Society for the Welfare of Mothers and Babies was formed at the Sydney Town Hall, sparked by soaring infant mortality rates and a desperate shortage of health services for new mothers.

The First World War had left many young mothers widowed. In the same period, 47,000 babies lost their lives through poverty, disease and lack of hygiene.

The Society’s primary aim back then was to make a difference to the high mortality rate of children under the age of five. In 1919 the Society was incorporated by an Act of Parliament in New South Wales. Then in 1921, Queen Mary became the Patron of the Society, until her death in March 1953. On 4th August 1954 Queen Elizabeth II, who had just visited Australia, became the Patron of the organisation.

In 1921, Dr Margaret Harper, the first Medical Director established an “Infant Welfare Training School at 2 Shaw Street, Petersham to educate Baby Health Centre nurses so they could be more effective in helping parents address basic problems such as a lack of hygiene and immunisation programs.

A baby clinic for parents also opened. The clinic at Petersham had been named “Tresillian” by the previous owners who originated from the village of the same name in Cornwall, England and from then on, the Royal Society for the Welfare of Mothers and Babies was referred to as “Tresillian”. When the Willoughby Centre was purchased in 1927 the name was retained and this Centre became known as Tresillian North.

The Centre, located at the Karabar Community Health Centre on Southbar Road, is the result of a partnership between Tresillian, the NSW Government and the Southern NSW Local Health District and will focus on supporting local parents struggling with the demands of a new baby. The centre will offer specialist child and family health support services for parents needing a helping hand.

Earlier this year, the NSW Government announced $2.2m in funding for five new regional Tresillian Centres including in Queanbeyan.

“Parenting is an incredible experience, but it can be hard work,” Ms Taylor said.

“Currently parents need to travel to access specialist support services. We are pleased to partner with the Tresillian to open a new Family Care Centre in Queanbeyan meaning help is now close to come.

“This important initiative is aligned with the NSW Rural Health Plan which emphasises the need for service development in maternal, child and family healthcare in rural and regional areas.”

Member for Monaro John Barilaro said, “Navigating your way through the early days of being a mum or dad is daunting.”

“Thousands of families across the state owe their sanity to Tresillian nurses and I’m proud that Queanbeyan families will now be able to access the same helping hand as others have enjoyed,” he said. 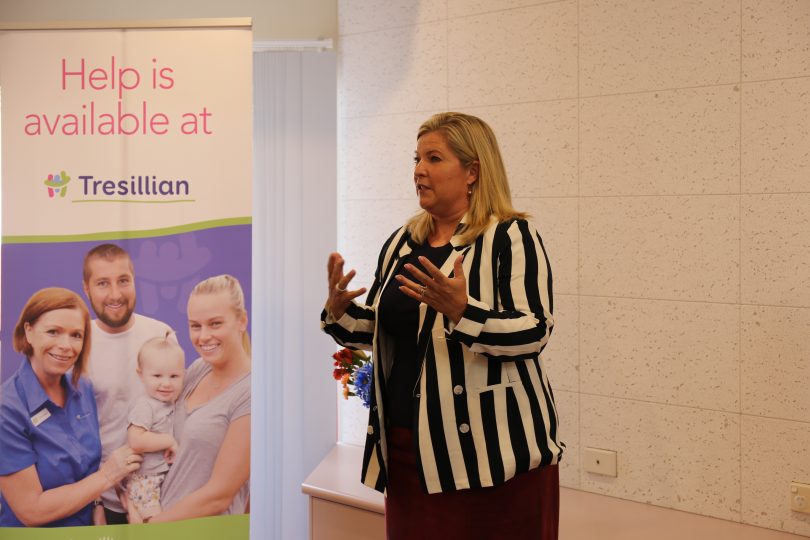 ‘The Tresillian team is thrilled to be able to support more families across NSW, and we thank the NSW Government for their support with this.’ Mr Mills said.

“The presence of Tresillian’s specialist child and family health expertise, in Queanbeyan and surrounding communities will also enhance the capacity of the Southern NSW rural health workforce with professional development and clinical support.”

In the next few months Tresillian will be expanding its regional footprint to include Centres at Taree, Dubbo, Broken Hill and Coffs Harbour in addition to the current Family Care Centres at Queanbeyan, Nepean, Belmore, Willoughby, Wollstonecraft, Wagga Wagga and Lismore and Albury Wodonga.

John Doherty - 4 minutes ago
The difference between London and Sydney drivers is that in London they will give way at the last minute Sydney drivers would... View
Anne Maree Crowe - 5 minutes ago
Interesting. I have thought for some time that aggression had increased, but I also thought it might have been my imagination... View
Renee Rosin - 11 minutes ago
Christian Greten I would have to disagree with this, having lived and driven on Victorian roads in the CBD and suburbs they a... View
News 15

DrLin - 48 minutes ago
Foresight serves you well, I received notice yesterday of a 12% increase to the price yesterday. View
Property 17

Carlie O'Shea - 1 hour ago
Kristy Keft is this your pub you rave on about? 😂 buy it View
Ben Lindsay - 2 hours ago
Neil Willis could almost walk to work from your joint View
Peter Taylor - 3 hours ago
Amanda Sanderson. Short commute. Walk to work, but getting home would be a struggle. View
Property 12

John Moulis - 1 hour ago
They must have a lot of pull. Even people on Sydney's upper North Shore who want to remove trees which are blocking the view... View
Pam Dovey - 1 hour ago
Margaret Hunt did you see this? View
Run_W - 2 hours ago
Wasn't this the Club that was complaining last month about being broke and if someone put planes on the lake it would mean th... View
News 7

Lewis P Owlay - 3 hours ago
I believe you mean the Delta Myna View
Lyndsey Simcoe - 4 hours ago
Graham Hatch see! They are psychos! View
Acton - 11 hours ago
Pigeons, those flying rats, are also pests. Growing problem with them nesting and crapping under solar panels.... View
News 12

Ben Johnston - 11 hours ago
"In a 50-minute ministerial statement this morning (22 June), Business Minister Tara Cheyne told the Legislative Assembly tha... View
summs - 13 hours ago
At least 15% of the budget went to 19 (2%) businesses whilst 23% of the businesses received less than $50? Was the scheme int... View
Lewis P Owlay - 13 hours ago
Worked a treat View
News 8

David Hennessy - 13 hours ago
Wish they were as quick to fix the problems in the CTP system for pedestrians and cyclists who are damaged for life but have... View
show more show less
*Results are based on activity within last 7 days

Motorists involved in collisions with vulnerable road users may face a specific charge and much stiffer penalties if convicted under...
Opinion 63

Sitting on a bunk bed in Australia's first sleepbus for women - before a single homeless woman, her children and maybe...
Opinion 137

@The_RiotACT @The_RiotACT
If you use your phone and drive you will get caught, Transport Minister Chris Steel said after new laws allowing mobile detection cameras in the ACT passed the Legislative Assembly this week https://t.co/zYUIF8PzLk (1 hour ago)

@The_RiotACT @The_RiotACT
A judge has found while Alan Whittley sped at the Moruya River bar before a girl in a boat he skippered drowned in 2018, he was not guilty of criminal negligence https://t.co/s4atOSUVPS (3 hours ago)