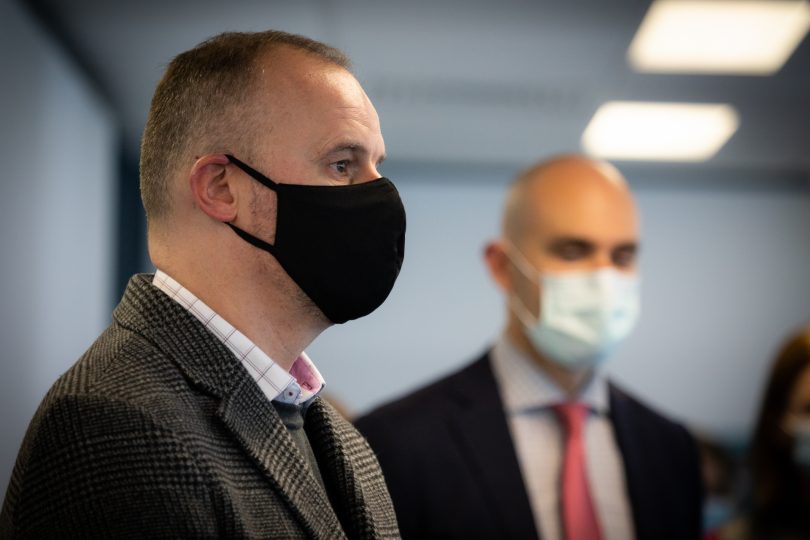 Andrew Barr revealed more than 1300 COVID-19 tests have been conducted in the past 24 hours in the ACT. Photo: Michelle Kroll.

UPDATED 3:30 pm (22 July): ACT residents remain free to travel to Queensland, despite the state announcing it would close its border to NSW from 1:00 am tomorrow (23 July).

Other states, like South Australia, have declared the ACT a red zone due to its porous borders with NSW, meaning ACT residents cannot travel without an exemption and quarantine requirements.

However, Queensland Chief Health Officer Dr Jeannette Young said Queenslanders should reconsider their need to travel to the ACT.

“The ACT has done an excellent job at keeping COVID out of the area, and it is a long time since it has had a case and it had border restrictions in place, so at this stage, we are not closing to the ACT,” she said.

COVID-19 testing has spiked in the ACT, topping 1300 negative test results in the past 24 hours. Testing levels before the delta outbreak were around 300 to 400 people a day.

Dr Young made the announcement at the same time that NSW revealed it had recorded 124 locally acquired cases.

The source of transmission for almost half of the cases are still under investigation.

Only 37 of the new cases in NSW were in isolation for their full infectious period. The isolation status of 17 cases remains under investigation, NSW Health said.

There are 38 people in intensive care in the state, none of whom have received both doses of a COVID-19 vaccine.

Today, ACT Health Minister Rachel Stephen-Smith announced that the Territory was opening up more spots at its two Pfizer booking hubs as supply increases to more than 14,000 Pfizer doses a week.

More than 8500 people aged between 30 to 39 registered their interest in receiving the Pfizer vaccine on the first day the ACT opened up registrations yesterday (21 July).

An additional 4000 Pfizer appointments a week will become available from Monday (26 July). 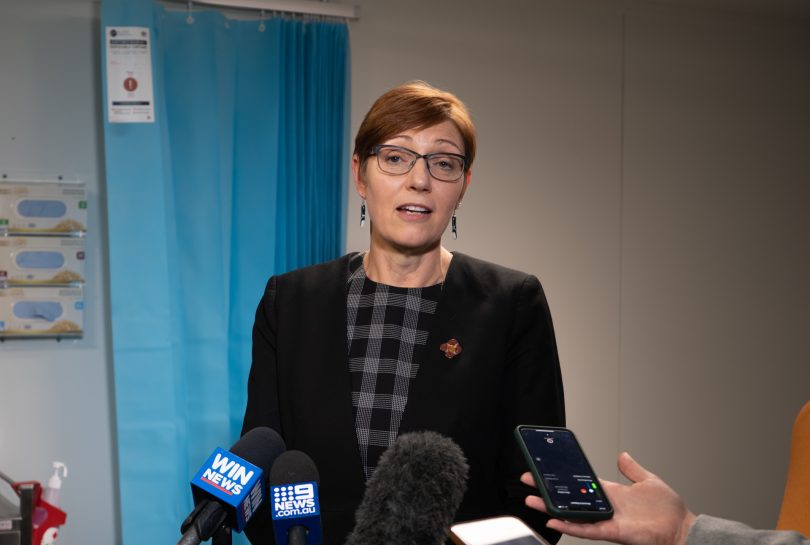 Half of these additional appointments will be reserved for healthcare, residential aged care and residential disability care workers, Ms Stephen-Smith said.

But every frontline worker had been given the opportunity to get vaccinated if they wanted to do so, she confirmed.

“If they call, they will be able to get an appointment,” she said.

“We will overbook our clinics with frontline workers if they call up, we will put in extra appointments for them and make sure we fit them in through the day.”

Businesses have also been encouraged to facilitate staff vaccinations and provide support for staff, particularly those in insecure work, to get the jab.

Ms Stephen-Smith said, “the challenge is getting to those workforces – particularly people who are in insecure work – who know that they might have a short term side effect from the vaccination [and] cannot afford to take a day off work”.

“Providing them with that confidence that if they have a slight fever or a headache as a response to the vaccination and they need to take the next day off work, that they will get renumerated for that.”

Companies with frontline staff also need to ensure they are reaching out to their culturally and linguistically diverse workforce, she said.

Further in-reach programs and localised vaccination hubs for aged care and disability care residents and workers will also start up again next week.

Greater Sydney and three local government areas in the central west of the state remain in lockdown until the end of the month, but there is growing concern that the lockdowns will be extended into August.

Premier Gladys Berejiklian said it would be impossible for the state to fully open up until the majority of people are vaccinated.

New modelling, developed by the Populations Intervention Unit at the University of Melbourne, predicted that the current stage 4 lockdowns in Sydney would need to run until 4 September before case numbers dropped low enough to reopen.

The model was run 10,000 times and showed that the target number of daily cases falling below 5 could be met as early as 26 August or as late as 16 September.

Thanks for the update. Meanwhile, from NSW, “Sorry we aggravated you with all our posturing and premature victory laps, but could you please send us some vaccine now?”

I believe you should mention that you have to fly from the ACT to Queensland. You cannot drive via NSW.