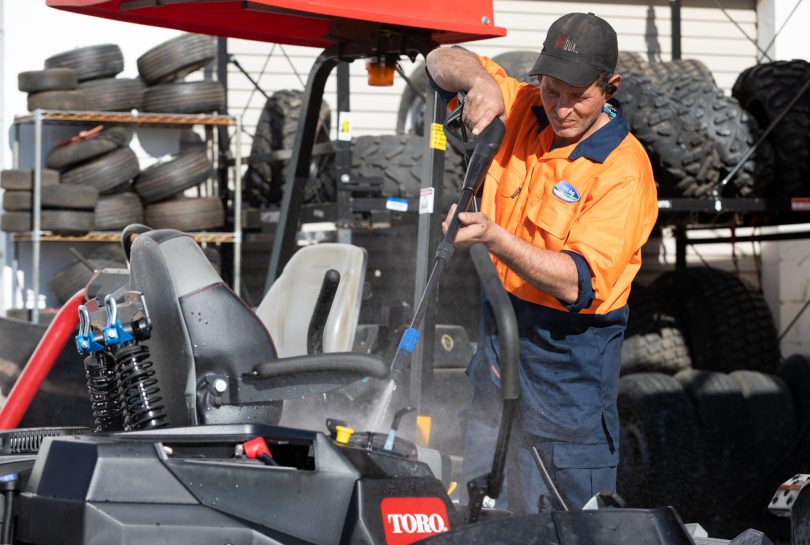 Ross is an apprentice mechanic and one of the team at Bayldon Ag. Photo: Michelle Kroll.

Bayldon Ag does many things aside from selling top quality farming and agricultural equipment. They sponsor the Canberra Cavs, and they’re heavily involved in their community, fundraising continuously for charity and causes.

The business is a prime example of giving everyone a fair go, and supporting people and causes, from having a ‘tap and donate’ point to support a charity in their shop, to supporting local sporting clubs with equipment donations.

Paul Nicholl from Bayldon Ag was a beneficiary of mentoring as a young man, and firmly believes in paying it forward. Paul still loves his lawn bowls, is passionate about causes, hangs out with his fellow locals from Condobolin (including Shannon Noll), and quietly puts his community first, including within his business.

For some time now, Bayldon Ag has employed people with a disability as apprentices and yards people, taking the time to work with The Personnel Group to find the right fit for both the employee and the employer, and give an opportunity to people who may have a learning disability, a mental health issue or a physical disability to fulfil their dream of finding a job.

There are two mechanical apprentices at Bayldon Ag, both of whom have a disability and just needed someone to give them a fair go. While Paul said it’s a learning curve for both parties, his supervisors and staff are learning from their new apprentices as they are teaching them on the job.

“It’s really important to come to work every day and be challenged, otherwise you end up doing the same thing over and over again,” said Paul. “It’s good for us to learn how to give people an opportunity, and to learn from them about the best way to do that.

“We’ve got some great apprentice mechanics at the moment, who do their apprenticeships onsite, with help from the MTA, and Personnel Group’s case managers. They’re both going to make great mechanics. The apprenticeships need to be done slightly differently, that’s all.”

Personnel Group’s Fiona Lieu said the success of the apprenticeships is down to both the supervision, the support the apprentices receive, and the positive attitude of the staff and supervisors at Bayldon Ag. 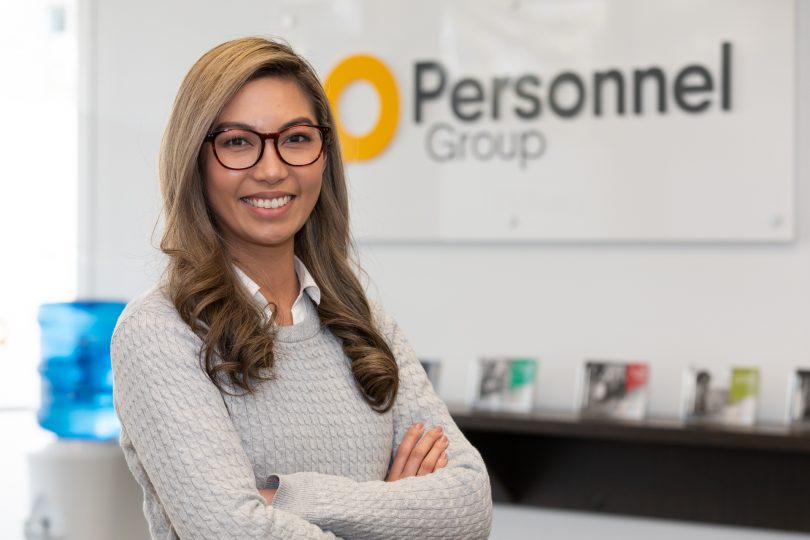 Fiona Lieu from The Personnel Group says “the majority of people who have a diagnosed disability just want a chance”. Photo: Supplied.

“We’ve placed a few people with a disability at Bayldon Ag,” said Fiona, “servicing agricultural vehicles and tractors, and with the apprenticeships, all the required learning can also be done on the job.

“Not all the people we supply as staff to businesses are NDIS participants. The majority of people who have a diagnosed disability just want a chance, they just want to find work, to find someone who will give them a go.” 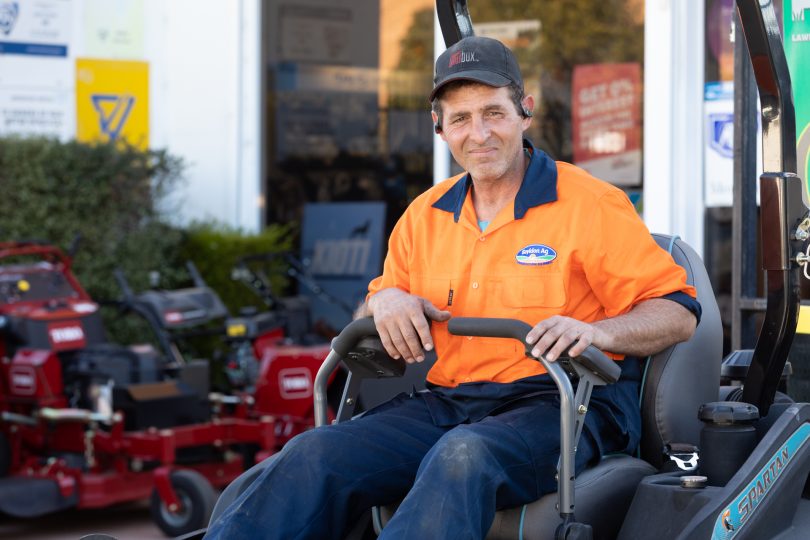 “Bayldon Ag has been great in that respect,” she said. “They have embraced the differences, and I really believe they’re learning as much as the apprentices.”

Paul and his staff take employment for people with a disability in their stride, as a normal part of their business operations.

“We haven’t had to step in to help, they’ve been super accommodating,” said Ms Lieu from Personnel Group.

It is an indication of the Bayldon Ag philosophy and commitment to walking the walk.