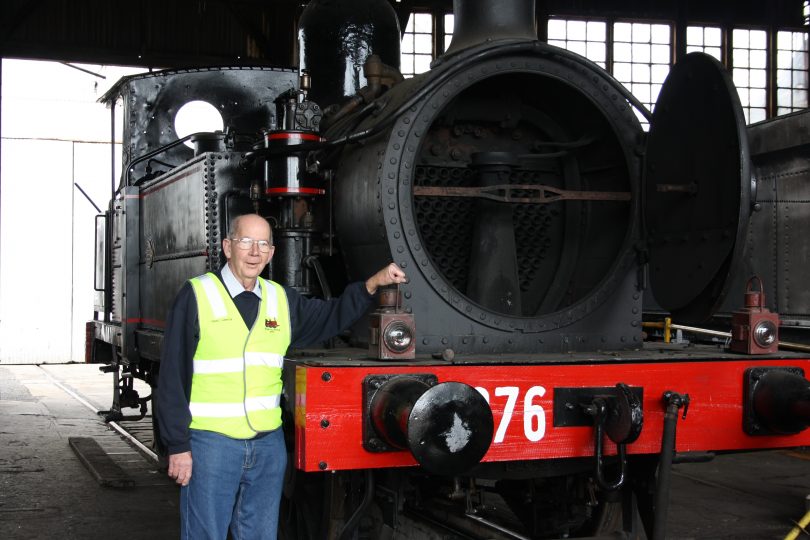 Rail heritage volunteer Terence Carpenter is helping other rail enthusiasts prepare for the 150th anniversary of the railways in Goulburn. Photo: Supplied.

Goulburn is preparing to celebrate the 150th anniversary of the arrival of the railway, highlighting the pioneering role the nation’s first inland city played in the development of NSW railways.

“Local pastoralists wanted a quick and inexpensive way to get produce to Sydney and in 1846 met at the Mandelson’s Hotel in Goulburn which was the first consideration of a railway in Australia,” Goulburn Loco Roundhouse Preservation Society Inc (GLRPS) Secretary Terence Carpenter said.

“The railway was established in Goulburn in 1869; the first railway from Sydney to the inland.”

Known as a ‘railway town’ as much as the fine merino wool capital of Australia, the railways provided significant employment in Goulburn until the 1990s.

“Engine drivers, fitters and turners, firemen, time keepers, traffic control…the railway was a major employer in its heyday. Goulburn was also the centre for the district superintendent, the workshop that looked after all the district’s tracks and which manufactured machinery and equipment for the region,” Terence said.

“It was also the location of the workshops that serviced and repaired the diesel locomotives.”

Today much of the rail infrastructure and train services have been lost, though Chicago Freight Leasing Australia (CFLA) operates a diesel locomotive maintenance facility next door to the GLRPS’s Rail Heritage Centre.

More recently, the NSW Government bypassed Goulburn to award Dubbo as the site for its new rail maintenance centre and residents have been pushing hard for more commuter services to Sydney for decades.

“In 1869 two trains a day serviced local commuters between Goulburn and Sydney. In 2018, two commuter trains turn from Goulburn to Sydney,” Terence said. 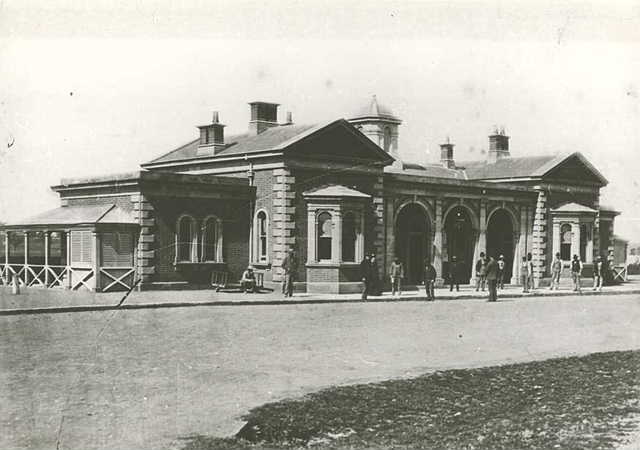 However, local rail enthusiasts are ensuring that the unique railway heritage in Goulburn is not lost, but instead commemorated.

“The 150th Anniversary Celebrations will mark a milestone in the history of Goulburn, as well as remember the development of the railways in this part of NSW, and the men and women who contributed to the railways.”

The GLRPS Committee is busy planning the 150th for 25th-26th May 2019 and has invited NSW Governor David Hurley to attend the celebrations. There will also be a Ball and celebration dinner, a tree planting in Goulburn’s Belmore Park and a time capsule to be buried in the railway station gardens.

A re-enactment arrival is being investigated, as well as a photographic and memorabilia display at the railway station on Platforms 2 and 3.

“We’ll also have a signalling equipment display open on Platform 1. All activities will be in the railway precinct in the centre of town and most activities are on Saturday 25th of May for locals and visitors to attend.”

The 150th Anniversary Celebrations have the support of various levels of NSW Trains and the Australian Rail and Track Corporation (ARTC) – the company that maintains and manages 8,500km of railway lines across Australia.

The GLRPS operates the Goulburn Rail Heritage Centre, home to the historic Locomotive Roundhouse, which attracts around 3,000 tourists a year.

“We have a static museum and about 80 members in the GLRPS,” Terence said.

Like other grassroots heritage groups across rural NSW, members are passionate about preservation – however, it’s an ageing volunteer brigade.

“We do have plans to engage with local schools to promote rail heritage to a younger audience.” The Goulburn Locomotive Roundhouse is the largest heritage based operating roundhouse in NSW. Photo: Supplied.

Most of the GLRPS are either former railway employees, enthusiasts or rail history buffs. For Terence, growing up in a railway household led to a love of all things rail, and he joined the GLRPS five years ago when he moved to Goulburn.

“My father was born in Goulburn in 1903 and joined the railways in 1918. I also had three uncles in the railways.”

The Goulburn Locomotive Roundhouse is the largest heritage based operating roundhouse in NSW. Displays include the historic transition from steam to diesel, and a range of locomotives and rolling stock are exhibited. The original 42 road circular shed with its 90-foot turntable continues to operate today.

The museum located in Braidwood Road is open from Tuesday to Sunday from 10 am-3 pm with the last tour at 2.30 pm. On Sunday, the centre closes at 2 pm. Email glrps12@optusnet.com.au for more information.

Darron Marks - 2 hours ago
When the construction moves so will the priorities for Government to build new infastructure. And it would have been the same... View
News 18

Cary Elliot Johnson - 3 hours ago
Get out. And i was feeling positive about asking Mr Gentleman about getting a Batcave Interchange developed in Lanyon. Booooo... View
Gloria Altinger - 3 hours ago
Could have bought all Canberrans an a electric car for what they spent on the tram...... View
Ric Hingee - 4 hours ago
So why wasn't the tram also canned? View
ACT Election 11

Jason Preston - 4 hours ago
Buying your vote with your kids View
Jesse Mahoney - 7 hours ago
Y'all are arguing with someone who likes Pauline Hanson. I wouldn't waste your energy View
John Hartley - 7 hours ago
Labour drunk on money till there is none left then tax go up there a joke and have and will be for a long time View
Lifestyle 8

Jess Peil - 5 hours ago
This is so exciting! View
Roland De Saxe - 8 hours ago
Great idea for Eden area View
Talla Mc Bogan - 12 hours ago
happened in the otways ,, mountain bikes took the moto tracks ,, they only use a small area though ,, so plenty of moto track... View
Property 3

Scott Humphries - 10 hours ago
"Braddon of the south" . So the light industry and commercial businesses will eventually be pushed out by apartments, just as... View
Marc Edwards - 12 hours ago
And 5 minutes later the residents will all start complaining of the noise etc. Some areas should remain commercial, not every... View
Jp Romano - 15 hours ago
A great area - great building and a great developer. View
Opinion 31

Charny Barney - 15 hours ago
Are there any more policy promises they are going to back flip on? Alistair's indecision and poor decision making is not a go... View
Sue Ellen - 21 hours ago
Elroy Jones Yes. It's one of the prettiest areas of the lake. It used to be nicer before they bulldozed all the trees on the... View
ACT Election 20

Step Back in Time: Roses, Railways and Rural Heritage combine in Goulburn