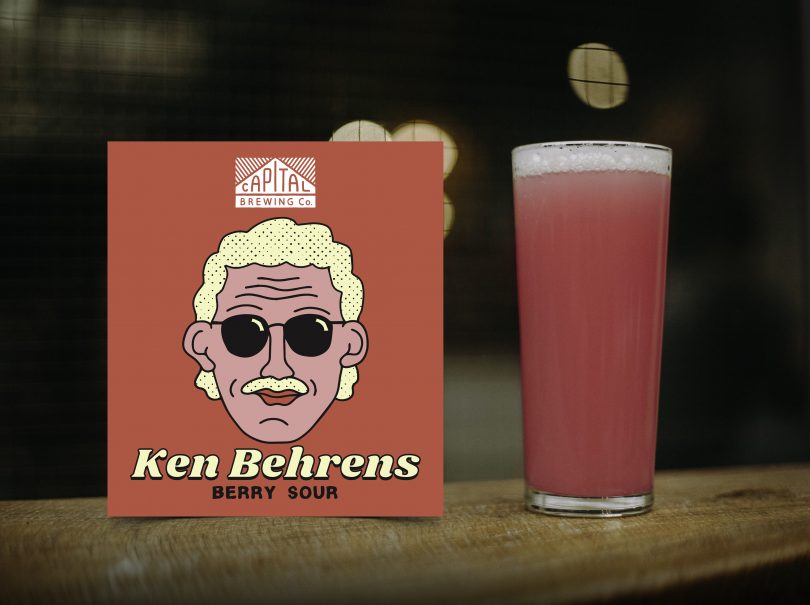 Ken Behrens has now been given the ultimate nod to his status – a berry sour beer. Photo: Capital Brewing Co.

His name will go down, if not in history, at least in local folklore, as the lockdown hero that nobody was waiting for, but everybody needed.

Now, you can raise a glass to, with and for, Ken Behrens – and it’s all thanks to Capital Brewing Co’s latest creation.

While the team at the brewery said they were all feeling pretty ‘sour’ about lockdown, they decided to get behind a springtime special sour beer instead.

Who better to name it after than Ken Behrens? The typo that’s put a smile on our faces since he was created at a COVID briefing on 15 August. 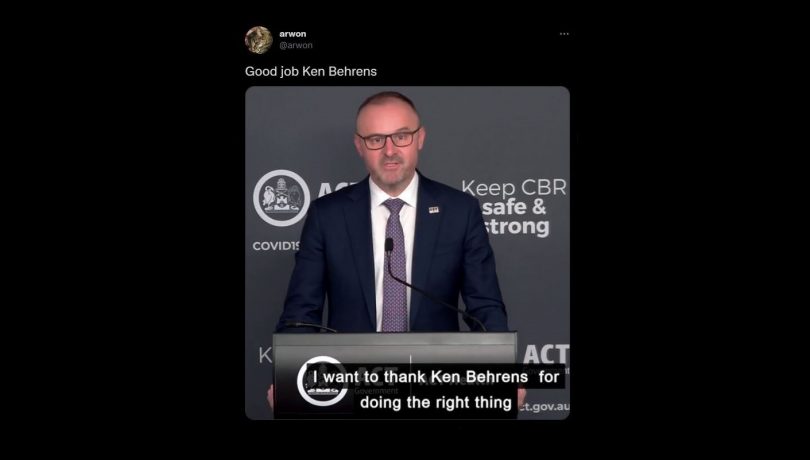 He explained that the team had experimented with a new ‘Philly Sour’ yeast strain which naturally creates a lactic acid bomb.

According to Wade, drinking the beer is an experience that will take you “right back to 1999 when you were crushing Warheads at the local shops; a time when we didn’t have to worry about global pandemics”.

The beer also contains raspberries and blackberries, giving it a unique berry aroma, pink colour and adds the necessary balance to the sour yeast.

“Sours have been massive back home in San Diego for the last five years or so, and it is awesome to see Australians starting to get around the style,” Wade added.

Capital Brewing Co managing director Laurence Kain said it was really all about doing a fun thing in what is a pretty rubbish time for everyone.

READ ALSO Platter up: Perfect platters you can look forward to for your post-lockdown get-togethers

“I think sometimes the only way you can get through these situations is to laugh a little bit.

“Hopefully this helps foster some more community spirit and encourage people to stick with the lockdown – get around the beer and get through it,” he said.

Ken Behrens is also being immortalised on t-shirts, mugs and other merchandise – with funds going to organisations like Menslink and OzHarvest.

You’ll also spot the name across social media posts from ACT Policing and ACT Health, as well as other agencies. Sports teams like The Raiders are also getting behind him, even changing their Twitter handle to Ken Behren Raiders. 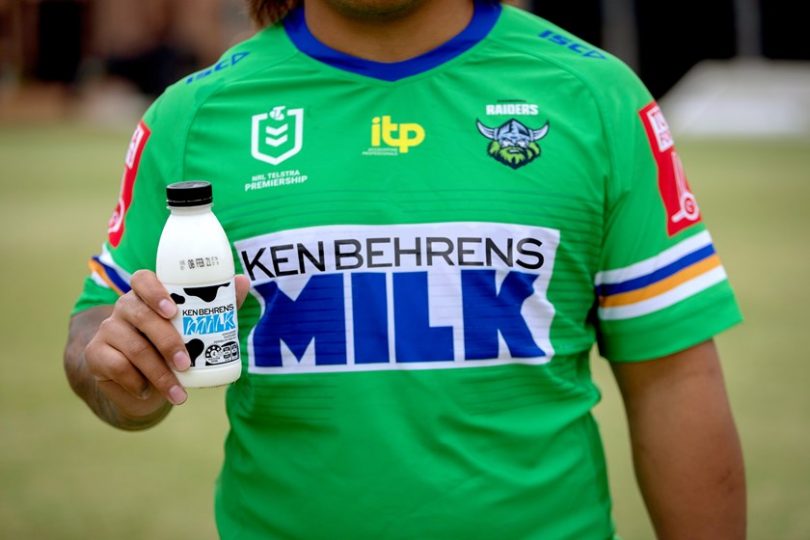 The Ken Behrens jersey could be yours – it’s up for auction at AllBids. Photo: Raiders.

Popular Kingston pub The Dock also renamed their Benny A’s Big Beef Burger in honour of Ken Behrens, although people will have to wait until after lockdown before they can tuck into one.

Laurence explained that the team at Capital Brewing Co quickly decided to shut the takeaway element to the brewery and move directly to a home delivery model to keep their team safe.

Capital Brewing Co last week launched ‘crowler packs’ to get popular taproom brews to beer lovers who might be missing their pub trips.

Every Wednesday, a new home delivery pack will be released containing three different ‘crowlers’ – one litre cans of speciality beer that would usually only be available on tap.

Pick the right one, and you’ll find a very special Ken Behrens sour in your pack.

Ken Behrens Raspberry and Blackberry sour is available in a crowler pack for same-day home delivery directly from the brewery through the Capital Brewing Co online store.

Johann Wagner this is the best thing i’ve ever seen

Scott Borosta will this be your favourite brew from now on??🍺🍺

Jessica, Antoinette Liv has offered to give this a try so we can get a can and packaging for the collection 🙂

Suzy thanks for taking one for the team!

Suzy Nunes her dedication is noted and appreciated. Our thanks! 😉

Pedro Miguel One for when you eventually make it up here

Rob, absolutely. Look forward to sinking a few when I’m next up there.

Last time I got sodden drunk in Canberry, I simulated unlawful carnal relations with one of the metal sheep sculptures in Garema Place.

I’ll be looking to you to chaperone me so to avoid attention of the constabulary.

Warms my heart to see how iconic Ken Behrens has become.

Michael Bradshaw cycle to capital and get takeaway! Idk it worked last lockdown not sure what the rules are….

Alyssa Weinstein hahahah sounds essential to me…but they’ve fined people for going out of their district this lockdown….also it’s like an hour cycle each way so can’t even justify it as 1hr exercise.

Michael Bradshaw I was thinking exercise….you need to get an electric bike!

Leonard Patchett have you seen this?