Rapper and comedian Briggs on doing the hard, good work for Reconciliation 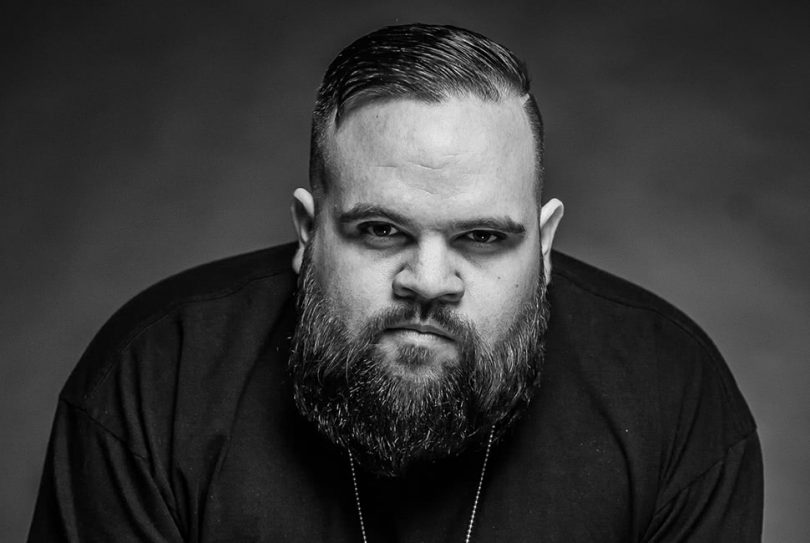 Rapper Briggs is back in Canberra for Reconciliation Day to have fun and make a difference. Photo: Supplied.

Rapper, comedy writer and actor Briggs has a very simple reason for coming back to Canberra to mark Reconciliation Day. “It was great fun last time, and that’s why I do anything. I’m a very simple kind of individual with simple needs. Last time, we did some really cool things and I wanted to do it again.”

Briggs is a big believer in mixing up the fun stuff and the major issues. “I try to create moments and just live in them on stage. As blackfellas, anything we do has to be political but it’s not mutually exclusive to having a good time. Public Enemy and NWA taught us we can do both.”

And the rapper is really serious about the need to get reconciliation moving in this country, in whatever way we can make it happen.

“I think that reconciliation has to be led top down. If our leaders at the top aren’t honestly and truthfully acknowledging blackfellas and disadvantage, then what hope do the rest of us have? The attitudes from our leadership say a lot about the country.

“But having said that, there’s value in every conversation and every platform if we can put it to good use. You can see that discussion starting to happen everywhere, in councils like Moreland where I am, in Fremantle and Darebin where local government has taken a stand on Australia Day, for example.”

“Detractors will say you’re just dividing the country, but it is divided, that’s just a fact. If you don’t acknowledge that the foundation is busted then the house will eventually collapse. If it needs re-stumping then you acknowledge it and re-stump the house.”

Briggs is part of rap duo A.B Original, whose Australia Day protest song January 26 made the top 20 of Triple J’s Hottest 100 in 2017.

The ACT will mark Reconciliation Day for the second year, commemorating the anniversary of the 1967 referendum to include Aboriginal people in the census. We are the first and only jurisdiction to do so, after replacing Family and Community Day on the public holiday calendar.

Briggs, Yothu Yindi and The Treaty Project and Alice Skye will be at the Canberra Theatre on May 26. Midnight Oil will also be in Canberra on Reconciliation Day and the ACT will hold a major free event at Glebe Park on the public holiday, May 27.

Reconciliation in the Park includes free performances, workshops and storytelling. Reflecting the National Reconciliation Week 2019 theme ‘Grounded in Truth, Walk Together With Courage’, the event’s bigger purpose is to encourage Canberrans to engage in meaningful conversations to develop a deeper understanding of our national story and our Aboriginal and Torres Strait Islander culture.

It’s an opportunity to learn about our shared histories, cultures and achievements and explore how we can contribute to achieving reconciliation in Australia.

For Briggs, hard work is also good work to make a difference. “If you say there is a gap between us, then you have to acknowledge the disadvantage to address it. That’s what it takes to close the gap. It’s not about separating people, it’s about us all working together to make things right. This is the greatest country on earth, and it’s time we started acting that way.”

The Reconciliation Day Eve concert will take place at the Canberra Theatre Centre on Sunday, 26 May at 6:30 pm. Click here for tickets.

Win a double pass to the Reconciliation Day Eve concert on Sunday 26th May 2019.

To enter for your chance to win, simply tag a friend that you want to bring with you to the show below.

3 Responses to Rapper and comedian Briggs on doing the hard, good work for Reconciliation
Filter
Showing only Website comments

This will be the best show yet!
Loving that Reconciliation day keeps growing and growing. Definitely one of the most important days on the calendar.

Reconciliation a step in the right direction for recognising the shameful acts inflicted on indigenous Australians and celebrating their rich culture. Love to have fun with my mates crooked sounds!

Jennifer Blood - 45 minutes ago
Very interesting explanation of how the buildings were constructed and leased, leading to the lack of uniform upkeep we see t... View
Iaian Ross - 2 hours ago
"To have time out, she would walk to Manuka Pool for a swim and walk back in time to be ready to cook the first breakfasts of... View
Kyle Rollinson - 3 hours ago
I like the Flxible coach. View
Opinion 17

Joanne Boyanton - 2 hours ago
thanks Mark what every Hancockian needs to know. View
Ian - 22 hours ago
This opens an interesting idea for industrial action. Everyone turn up at the same time on the same time, and overfill the av... View
Lifestyle 7

Maya123 - 2 hours ago
Some gorgeous things there, but there are only so many cushions, vases, etc, you can have, before it becomes clutter. View
Rowan Bergin - 3 hours ago
I went back there last Wednesday and bought a ring for my daughter s birthday View
Phoebe Jacobi - 10 hours ago
Dianne Thornton yes you did miss it... View
News 23

Acton - 3 hours ago
Housing unaffordability is a consequence of Greens/Labor ACT Govt policy. Here's why: Restrict land releases - drives up the... View
Ol L - 4 hours ago
Not true according to Mr Barr Mr Barr said the analysis showed the stamp duty reductions were helping first-home buyers and l... View
News 3

Peter Curtis - 4 hours ago
I cannot agree more. View
Nick Swain - 4 hours ago
And so do the equally old Kingston shops. Both shopping centres have long standing nominations to be included on the ACT Heri... View
bj_ACT - 10 hours ago
Why is Morris always calling on the ACT Government to pour funds into areas where he is making millions and millions of dolla... View
News 71

Jaana Surakka - 21 hours ago
Lea Powell while throwing around your ‘broad statements’ argument. Please refer back to your comments. I see a ‘horrid... View
News 23

Adam Jovanovic - 22 hours ago
You'd be surprised how many people vote for the government that screws them over the most. Mainly.because.of alarmist.and exa... View
Adam Jovanovic - 22 hours ago
Lame excuses like money held for the next disaster even though a lot of peoples intention whilst donating at the time was to... View
show more show less
*Results are based on activity within last 7 days

Eleven things to do in Canberra this weekend (4 – 10 June)

@The_RiotACT @The_RiotACT
Mary left modelling for life behind the wheel of big rigs. Now, she's training the next generation of drivers & breaking more barriers in the process https://t.co/jy6HRnOqep (42 minutes ago)